ACHPR to the Rescue

PROMOTING AND PROTECTING REFUGEES, ASYLUM SEEKERS, MIGRANTS AND INTERNALLY DISPLACED PERSONS THROUGH THE AFRICAN COMMISSION ON HUMAN AND PEOPLES’ RIGHTS 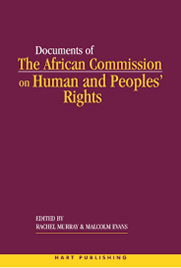 At least 79.5 million people around the world have been forced to flee their homes. Among them are nearly 26 million refugees, around half of whom are under the age of 18. There are also millions of stateless people, who have been denied a nationality and lack access to basic rights such as education, health care, employment and freedom of movement. At a time when hundreds of thousands of Africans have fled their homes as a result of conflict, persecution, climate change and worse hopelessness our work at AU Watch, is more important than ever before.

On paper, African refugees benefit from one of the most progressive protection regimes in the world. In reality, however, they face seemingly endless human rights hurdles including forced return, discrimination, arbitrary arrest and detention, restricted freedom of movement and expression, and a level of economic deprivation synonymous with violations of social and economic rights.
Whilst the adoption of the African Charter heralded the birth of the African human rights system, the first OAU treaty with what may be broadly termed a human rights dimension was the OAU Convention Governing the Specific Aspects of Refugee Problems in Africa (African Refugee Convention), adopted in 1969. This instrument affirmed the provisions of the 1951 UN Refugee Convention, but also went further in expanding the refugee definition to include individuals fleeing their country of origin or nationality due to ‘external aggression, occupation, foreign domination or events seriously disturbing public order’.

The African Commission has special mechanisms to promote and protect human rights in Africa. The Special Rapporteur on Refugees, Asylum Seekers, Migrants and Internally Displaced is one of those mechanisms.

• undertake studies, research and other related activities to examine appropriate ways to enhance the protection of refugees, asylum seekers, and internally displaced persons;

• assist Member States of the African Union to develop appropriate policies, regulations and laws for the effective protection of refugees, asylum seekers, and internally displaced persons;

• raise awareness and promote the implementation of the UN Convention on Refugees of 1951 as well as the OAU Convention Governing the Specific Aspects of Refugees Problems in Africa;

• and submit reports as every ordinary session of the African Commission on the situation of refugees, asylum seekers and internally displaced persons in Africa.

According to the Commission’s Rules of Procedure ’s, after the completion of a mission, the Special Rapporteur has a duty to publish a Mission Report  which may usually be found on its website. However, as of October 2014, the Special Rapporteur had not posted any Mission Reports on its website. Mission reports contain general recommendations to the State, and often include specific recommendations to the international community and civil society, among others.

CONTACT INFORMATION
Key Documents
The Kampala Convention
This is a legally binding instrument, which commits African States to prevent displacement, protect and assist internally displaced persons on the continent. There are currently about 13 million IDPs in Africa, which is more than half the world total.

It is a landmark legal instrument in international human rights and humanitarian law. It regulates the conduct of African states during displacement, in particular during armed conflict. It prohibits arbitrary displacement, caused by various man-made causes, such as conflicts or development projects, and makes provision for the assistance of IDPs in the event of displacement. It prohibits armed groups and their members from engaging in arbitrary displacement, or such other violations of the basic human rights of internally displaced persons, and reiterates the individual responsibility of members armed groups, (any other persons in authority) under national and international criminal law, for violations committed against IDPs.

The Kampala Convention places the African Commission on Human and Peoples’ Rights and its Special Rapporteur on Refugees, Asylum Seekers, IDPs and Migrants, at the centre of monitoring its compliance and the protection of the rights of IDPs.

The Convention shall enter into force upon the ratification of 15 states. In spite of the euphoria of its adoption, the Kampala Convention, one of an impressive body of African Human Rights Instruments, was adopted under the backdrop of a rather unsatisfactory record of ratifications, and implementation of obligations under such instruments, by African States.

The Special Rapporteur on Refugees, Asylum Seekers, IDPs and Migrants in Africa, thus while congratulating the African Union and the member states for adopting the Kampala Convention, calls on those states which have not yet sign the Kampala Convention, to sign it at the earliest moment possible, and urges its early ratification so that 13 million IDPs in Africa can enjoy the rights enshrined therein.

The Special Rapporteur may be contacted by:

Statement by the Special Rapporteur on Refugees, Asylum Seekers, Internally Displaced Persons and Migrants in Africa on the occasion of World Refugee Day 2015

“A refugee is a person like you and me”

On the occasion of the 14th World Refugee Day, let us remember that “a refugee is a person like you and me”, a human being, an unfortunate person who did not choose his destiny.Like him, each one of us, a member of our family or relations can one day be a refugee.

Celebrating World Refugee Day is more than a commemoration; it is an opportunity to draw attention to the situation of these men, women and children and to let them know that despite everything they are human beings who have the inherent right to protection, assistance and respect of their  dignity. Click here for more information

116 Resolution on the Renewal of the Mandate of the Special Rapporteur on Refugees, Asylum Seekers, Internally Displaced Persons and Migrants in Africa – ACHPR/Res.116(XXXXII)07 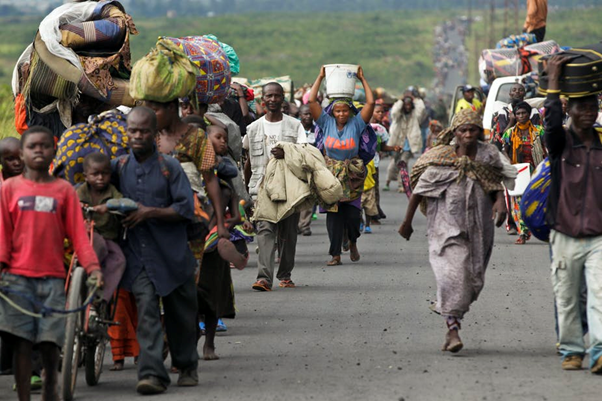