An Agenda for the AfCFTA Protocol on E-Commerce 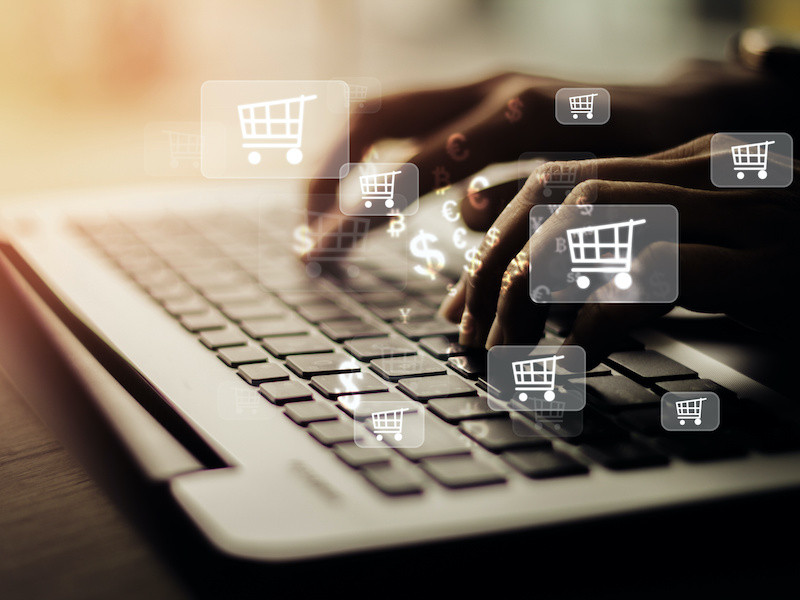 E-commerce has been included in the African Continental Free Trade Area (AfCFTA) through a decision of the African Union Heads of State and Government Assembly in February 2020 and will be integrated through a third phase of negotiations. This decision could potentially lead to expanded market space for e-commerce players on the continent. Over 260 e-commerce start-ups were operating in Africa in 2017, and in 2020, the International Trade Centre identified 630 B2C e-commerce marketplaces operating on the continent. These players would also include businesses and institutions which use e-commerce channels.

Rates of use of e-commerce channels vary across the continent – 1 per cent of Africa’s e-commerce marketplaces are responsible for 60 per cent of the marketplace traffic on the whole continent, while 11 per cent of the marketplace websites enable financial transactions. 89 per cent of platforms are classified sites with sales made offline. On the UNCTAD B2C e-commerce index. in 2018, three countries alone accounted for 50 per cent of active online shoppers in Africa. It is important to highlight that measurements of e-commerce in Africa tend to focus on trade in physical goods through electronic channels within national economies. For a more robust picture, it would be necessary to cover the trade of person-supplied services (such as tutoring or design), as well as digital/electronic goods and services (software, games, content, payments) accounting for national and cross-border flows. Moreover, these measurements often concentrate on business to consumer e-commerce. There are other forms of e-commerce to be captured including business to business, government to consumer, government to business, among others.

Following the outbreak of the COVID-19 pandemic and the increasing reliance on e-commerce channels in a range of sectors, there have been calls for the AfCFTA e-commerce negotiations to be brought forward. It then becomes necessary to ask how e-commerce, which in most parts of Africa is in the nascent phase, could be treated in the AfCFTA – which is primarily an instrument for trade liberalisation. What are the issues and approaches which could be considered?

There are several definitions of e-commerce, which essentially capture commercial transactions occurring through electronic channels[3]. The definition of the World Trade Organisation (WTO) covers “production, distribution, marketing, sale or delivery of goods and services by electronic means”. The “sale or purchase of goods or services” is the definition given by the Organisation for Economic Cooperation and Development.

No matter what definition is applied, e-commerce and related issues are integrated into trade agreements through provisions or chapters covering topics such as data localisation, cross-border data flows, consumer protection, information protection, prohibition of customs duties, promotion of e-commerce, most-favoured-nation treatment, amongst others. Typically, there are four main categories used to organise issues related to e-commerce in trade agreements:

At multilateral level, since 1998, there has been a moratorium on e-commerce negotiations at the WTO, and since 2017, efforts towards global negotiations have been revived. The African Group is opposed to the introduction of e-commerce rules at the WTO on the grounds that the definitional issues have not been settled, e.g., whether products delivered by electronic means are goods, services or both. Also, the Group has argued that African MSMEs are not yet ready to compete with global technology giants, and e-commerce negotiations might serve as a pathway to a deeper liberalisation agenda which would have negative implications for the policy space of African governments. The Group want the World Trade Organisation to deliver on the Doha round of negotiations before agreeing to a new mandate which includes e-commerce. In 2019, the moratorium was extended to June 2020 and would have been addressed at the WTO 12th ministerial conference. However, with the postponement of the conference, it might seem that there are more immediate and pressing concerns for the WTO in the form of selection of a Director General and the re-establishment of a functional dispute settlement mechanism.

Bilaterally, Economic Partnership Agreements between some countries/regional blocs and the European Union contain clauses on regulation and facilitation issues related to e-commerce. E-commerce has been proposed as a topic for the USA-Kenya free trade agreement (to be negotiated from 2020). Also, e-commerce features in the Morocco-USA FTA 2004. This FTA has a chapter which covers the supply of services through electronic means, the prohibition of customs duties on digital products, most-favoured nation treatment, and national treatment.

A multiplicity of issues can be treated by an AfCFTA e-commerce protocol, potentially covering the issues within the four main categories of e-commerce issues in trade agreements. Additionally, a protocol could lead to preferential treatment for electronic goods originating within AfCFTA State Parties. However, a key question is whether it is practical, at this time, for State Parties to follow the standard liberalisation approach with e-commerce. Liberalisation in the AfCFTA takes the form of progressive elimination of tariffs and the removal of non-tariff barriers. A useful starting point would be to consider the treatment of e-commerce in Africa’s policy structures, to see the priorities and approaches already determined.

E-commerce is prominent in the policy agenda across the continent. South Africa in 2014[10], Nigeria and Kenya in 2019 introduced legislation to apply taxes on certain types of transactions through electronic channels or the platforms through which transactions occur. Egypt has adopted an e-commerce strategy, , while other countries, including Rwanda and Uganda have integrated the promotion of e-commerce into national digital policies and strategies. Similarly, at the level of regional economic communities, SADC has an e-commerce strategy, and COMESA has announced the launch of a digital free trade area.

At continental level, the e-commerce agenda is captured in the African Union Convention on Cybersecurity and Personal Data Protection (2014) and the African Union Digital Transformation Strategy (2020-2030). The Convention sets out standards, principles and actions to be taken by AU member States in the areas of e-commerce, electronic contracts, personal data protection, electronic advertising, and security of electronic transactions. However, the Convention is not immediately binding- it requires ratification by fifteen countries to become a binding and actionable instrument. As at June 2020, there were five ratifications. Similarly, the Strategy presents policy objectives related to e-commerce including; the creation of a continental digital single market aligned with the AfCFTA; the emergence of an enabling regulatory framework for e-commerce at continental level; the creation of a single African payments area; and solutions to challenges such as parcel delivery and payments. The African Union Digital Transformation Strategy is to be actualised by implementing strategies at national level.

The Treaty Establishing the AfCFTA comprises an Agreement and three protocols on goods, services and the settlement of disputes. In essence, the protocols are the instruments which outline the objectives, state the guiding principles and stipulate the modalities for trade liberalisation in thematic areas. For example, Article 7 of the protocol on trade in goods obligates State Parties to progressively eliminate import duties or charges of equivalent effect, while Article 13 confers preferential treatment on goods originating in State Parties. Accordingly, the negotiations on trade in goods will lead to schedules of tariff concessions from AfCFTA State Parties. Similarly, Article 3 of the protocol on trade in services states the objectives of liberalisation, which include the fostering of domestic and foreign investment, progressive liberalisation of trade in services across the African continent on the basis of equity, balance and mutual benefit, by eliminating barriers to trade in services. The modality for services liberalisation is stated as successive rounds of negotiation, accompanied by the formulation of a continental regulatory framework for each sector – drawing from the acquis of regional economic communities. Following the first round of negotiations, State Parties will submit schedules of specific commitments in the five priority services sectors. Ultimately, it is the negotiations between AfCFTA State Parties which determine the depth of liberalisation in each area, with the protocols signposting ambition and mobilising action towards clearly defined objectives.

At this stage, substantive guidelines for negotiating the AfCFTA e-commerce protocol have not been determined. Direction from the African Union Assembly of Heads of State and Government is that Phase III of the AfCFTA negotiations will focus on a protocol for e-commerce. Also, the Assembly urged its member States to review their bilateral agreements on e-commerce to ensure that “Africa is able to negotiate and implement an AfCFTA Protocol on e-Commerce where Africa has full authority on all aspects of e-commerce such as data and products being traded under e-commerce, and to promote the emergence of African owned e-Commerce platforms at national, regional and continental levels as part of our preparations for the negotiation of an AfCFTA Protocol on e-Commerce.”

In contrast to the protocols on goods, services and settlement of disputes which incorporate elements of multilateral and regional agreements, there is yet to be a global agreement on e-commerce to use as a benchmark. This may prove to be a boon, as there is room for innovation and design of a protocol amenable to the objectives and direction of the AfCFTA, its State Parties and e-commerce players.

Recalling, the four categories of issues associated with e-commerce in trade agreements, it may be that market access covers those rules which prevent or limit outward payments, restrict access to some types of content or platforms, or require in-country company incorporation in to render services or engage in some sectors. The current priorities of African countries and regional blocs as they relate to e-commerce – and as expressed in policy instruments – seem to be in the other categories of rules and regulations, facilitation and enabling issues. Considering these multiplicities of interests, it is possible to suggest issues to be considered in the formulation of an agenda for the protocol on e-commerce:

The concerns raised by the African Group at the WTO are also worth considering. For example, the competitive landscape of a continental market should be factored in, as some platforms and businesses originating in some African countries will be better placed – with experience, technology, resources and skills – than platforms and businesses in others. AfCFTA State Parties will need to determine the balance between market access and the growth of their interests in e-commerce. Likewise, State Parties would be faced with the question of the extent to which rules related to e-commerce should emanate at continental level. Additionally, the positions of AfCFTA State Parties should reflect the realities and ambition of African e-commerce players. The African Union Heads of State and Government Assembly has already pointed to the objective of using the protocol to foster the emergence of African e-commerce platforms. In preparing the agenda for the AfCFTA e-commerce protocol, State Parties will need to engage with a range of interests in e-commerce to determine the actual state of cross-border e-commerce among African countries, and between African countries and other regions. Also, barriers to intra-African cross-border e-commerce for physical and digital goods and services should be concretely articulated.

Finally, the AfCFTA protocol could consider those issues which are on the agenda at multilateral and plurilateral levels. In this regard, the protocol can also support the formulation of an African position on e-commerce rules in the global context – and potentially lead to the actualisation of the ambitions for e-commerce already set out in the AU Digital Transformation Strategy. Already there are fractures in the African position, as in June 2020, six countries have indicated interest in the Joint Statement Initiative on e-commerce negotiations[20]. The AfCFTA e-commerce protocol is an important tool to preserve the consolidated African market in the digital sphere, and preclude other arrangements which could potentially undermine the liberalisation and integration agenda.