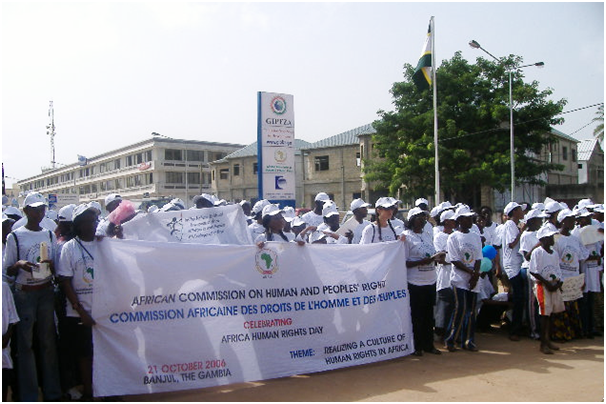 On 21 October 1986, the African Charter on Human and Peoples’ Rights came into force thereby forming the basis for the commemoration of the Africa Human Rights Day. The African Human Rights Day, which is celebrated annually across the continent on 21October, provides Africa with an opportunity to reflect, take stock and recommit to the solemn declaration undertaken by the African leaders and the African people to promote and safeguard human and peoples’ rights on the continent. The commemoration is also meant to continuously awaken greater awareness of the African peoples and the international community on the value of life and humanity, and to renew our collective commitment to promote, protect and uphold the fundamental human rights.

Significance of the Day: 38 years ago, in Nairobi, Kenya (1981), the continent’s main text on human and peoples’ rights – the African Charter on Human and Peoples’ Rights was adopted by the Assembly of Heads of State and Government of the Organization of African Unityinstitutionalising and formalizing Africa’s commitment to the promotion and protection of human rights on the continent.