“The West has taken and borrowed a lot from Africa…now it’s a renaissance: we’re claiming back what is ours and we’re adding value to what is ours, making it globally acceptable and globally appealing.”

Deola Sagoe, founder of Deola and is widely respected as the leading lady of African haute couture fashion.

The idea of a Women’s Decade was hatched in 1975 by the United Nations at the First World conference on Women that was held in Mexico City. Since then, African women have been involved, and continue to participate in local and international consultations on women’s rights and gender equality. African women’s contributions have enriched discussions at the subsequent Women Conferences in Copenhagen (1980), Nairobi (1985) and Beijing (1995).

At their Extra-Ordinary Meeting of Ministers of Gender and Women Affairs in Maseru, Lesotho in December 2008, the Africa Union (AU) Ministers for Gender and Women’s Affairs called on the AU to declare 2010 – 2020 as African Women’s Decade, and undertake wide consultations to ensure that the Decade is a success. The Ministers’ proposal was adopted by Assembly Dec. 487 (XIX) which declared 2010 – 2020 as African Women’s Decade.

The African Commission then organized a Brainstorming Roundtable at the premises of the AU Permanent Mission to the UN on 01 March 2009 at the margins of the 53rd Session of the UN Commission on the Status of Women (CSW); which provided an opportunity for the Ministers’ meeting in New York and for African Women Leaders to 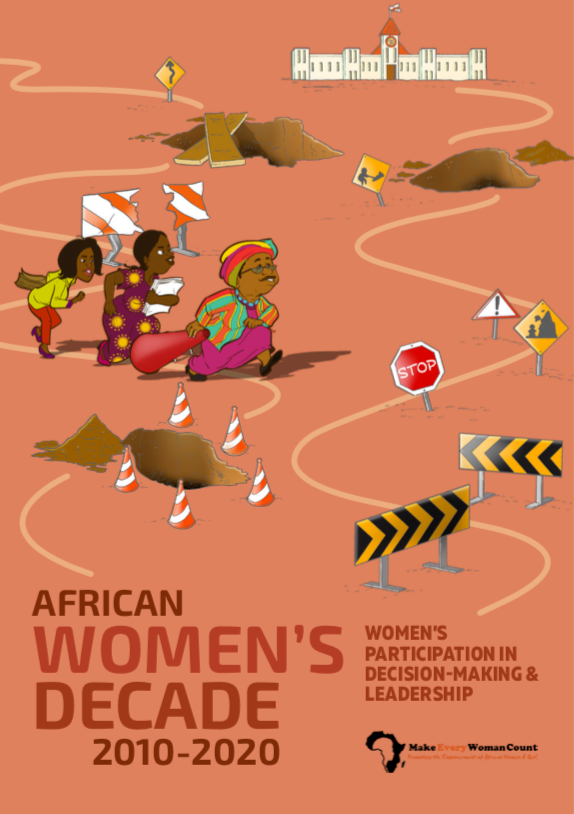 The Decade will be implemented in two phases. The first phase was from 2010 to 2015 and the second phase is from 2015 to 2020. There were reviews in 2015, back to back with the MDG Review and at the end of the Decade in 2020. In preparation for the official launching of the African Women’s Decade, which took place in October 2010, the Road map proposed that the AU should strategically align the Decade programme to events in 2010 such as:

Aim of the African Women’s Decade 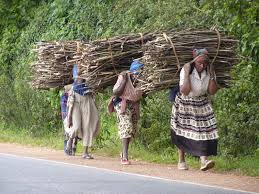 The aim of the African Women’s Decade is to advance gender equality by accelerating implementation of Dakar, Beijing and AU Assembly Decisions on Gender Equality and Women’s Empowerment (GEWE), through dual top down and bottom up approach which is inclusive of grassroots participation. 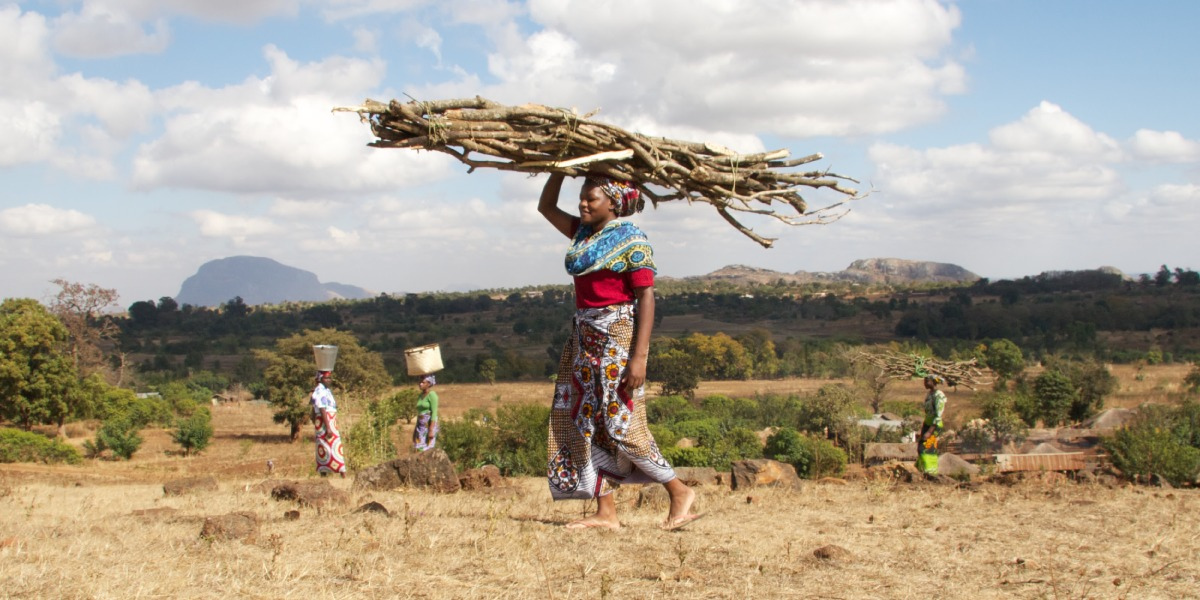 The objective of the African Women’s Decade is to re-invigorate commitments to accelerated implementation of agreed global and regional commitments of gender equality and women empowerment (GEWE). Special focus were on ten themes:

1. Fighting Poverty and Promoting Economic Empowerment of Women and Entrepreneurship
i. Attain decent work for women and equal opportunity in employment, promotion and movement towards parity at the work place
ii. Create employment and services by supporting Women entrepreneurs particularly in informal sectors, including Small, Medium Enterprise (SME), Medium Enterprise (ME) and grow them to big businesses

4. Education, Science and Technology
i. Achieve Parity in Education at secondary and tertiary levels and achieve higher retention rates for girls
ii. Increased literacy levels of women through adult education
iii. Contribution of Women Scientists and Information, Communication and Technology

5. Environment and Climate Change
Identify Women’s role in mitigating climate change, as custodians of the environment, making sure they benefit from the new global packages to fight climate change

7. Governance and Legal Protection
Jointly with Political Affairs, Women, Gender and Development Directorate will support women’s participation in political and electoral processes in countries undergoing elections during the decade as well as in the implementation of gender issues in African Peer Review Mechanism (APRM), national action plans. Jointly with the Office of the Legal Counsel and the African Commission on Human and Peoples’ Rights (Banjul Commission) achieve universal ratification of the Protocol to the African Charter on Human and Peoples’ Rights on the Rights of Women in Africa and its domestication.

9. Women In Decision Making position
Implement AU parity principle in line with AU gender policy and ensure targets for equal opportunity of Women in decision making positions, in the Political (Legislative), Judiciary and the Executive are achieved 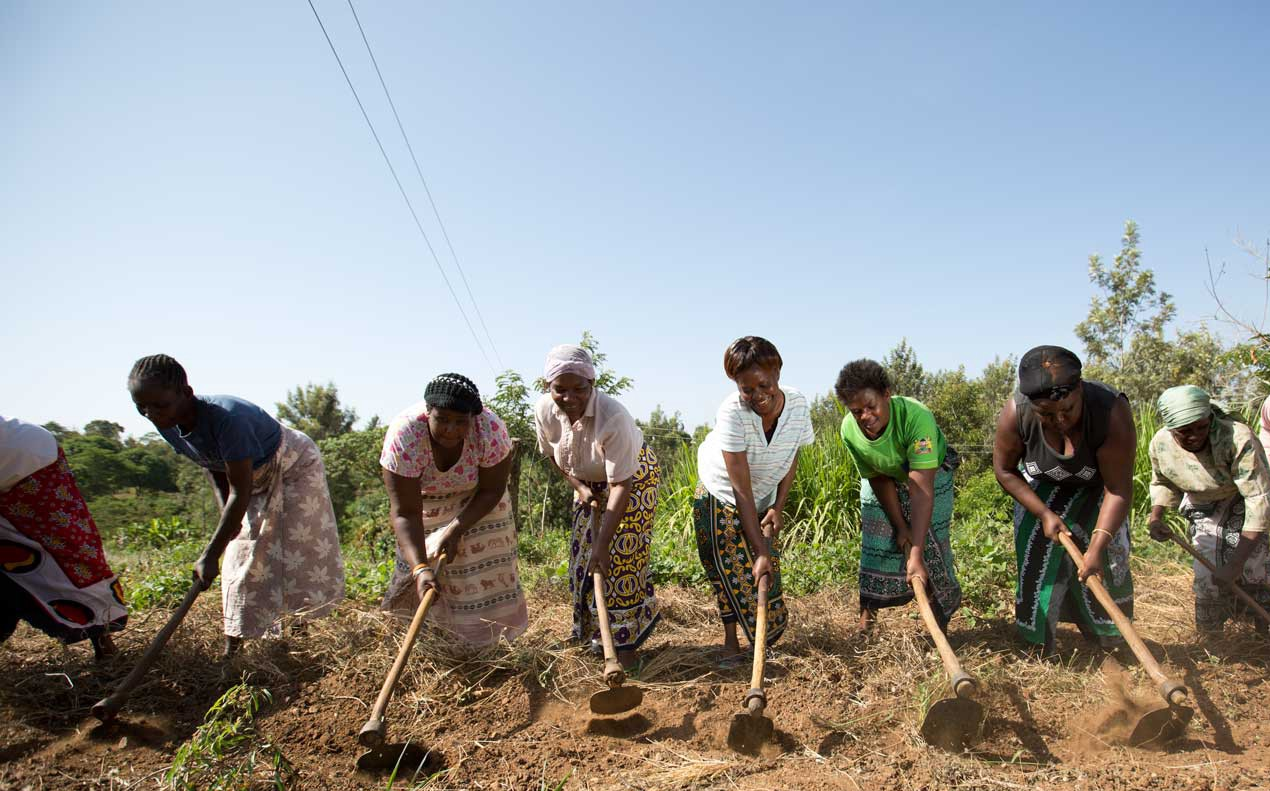 Though there has been some progress in realizing women’s rights in Africa, it must be acknowledged that the remaining challenges and gaps for the full realization of women’s rights is daunting. In every country in the continent, women continue to be denied full enjoyment of their rights. In Africa, 1 in 3 women have experienced either physical and/or sexual intimate partner violence or sexual violence by a non-partner at some point in their lifetime; in 6 countries there is no legal protection for women against domestic violence; African women and girls account for 62% (179 000) of all global deaths from preventable causes related to pregnancy and childbirth; an estimated 130 million girls and women alive today have undergone FGM, mainly in Africa and 125 million African women and girls alive today were married before the age of 18. If current trends continue, almost half of the world’s child brides in 2050 will be African. Protection gaps in the areas of health, marriage and family relations are particularly striking as is the non-recognition of intersectional forms of discrimination. In many countries, these gaps are also compounded by political instability and conflict.

Compounding the situation are setbacks such as the HIV/AIDS pandemic that is destroying the health of more women than men in Africa, eroding some of the development gains women had attained. In sub-Saharan Africa women comprises the highest percentage of new HIV infections globally. As a result, poverty, discrimination and gross inequality in Africa continues to wear a woman’s face. Concerned that the critical issues confronting African women were quickly returning to the shadows, even in The Gambia. Women make up 50 percent of Africa’s population, but 80 percent of them live in rural areas. More than half of rural women are employed in the agriculture sector.

And The AU?
In recommitting to scale up actions for the progressive gender inclusion towards sustainable development, African leaders declared 2020 to 2030 the new Decade of Women’s Financial and Economic Inclusion. In declaring 2020 to 2030, the Decade of African Women’s Financial and Economic Inclusion, the AU is keen to move forward the recommendations on the expansion of opportunities, particularly with the implementation of the African Continental Free Trade Area (AfCFTA).

Where We Come in
AU Watch is stepping up to the challenge of tracking results and demanding that long overdue attention to gender parity in Africa not become derailed.

Achieving gender equality and empowering women and girls is the unfinished business of our time, and the greatest human rights challenge in our world. Many African governments gender policy is to achieve gender equity and women empowerment as an integral part of their national development process through enhancing participation of women and men, girls and boys for sustainable and equitable development and poverty reduction.

AU Watch is rolling out a series events and activities in The Gambia:

a. Ask questions as to how far the Government of the Gambia (according to its National Gender Policy 2010- 2020 plan) has achieved “gender equity and equality at policy, program and project levels in all institutions and levels across all sectors of The Gambian society;

b. Raise awareness of the human rights of the Gambian woman amongst the general population and enhance the implementation of The Gambia’s commitments related to gender equality and women’s empowerment;

c. Support activities resulting in tangible positive change for Gambian women at all levels, with the objective of influencing the patriarchal system in a positive to way to promote and protect the rights of women in The Gambia;

d. Hold the Gambian Government accountable to the commitments it has made for gender equity in policy decisions in the context of the African Union’s African Women’s Decade and all its UN commitments, especially its 2014 admission in in its CEDAW Report that a number of constraints have served as barriers to the eradication of violence against women, including the culture of silence, fear, shame, lack of knowledge of existing legislation and lack of data (para. 36).

e. Use the occasion of the end of the Women’s Decade’ as an opportunity for women in The Gambia and for the Government to consider how to work on the African Union’s Agenda 2063 program for women, and how to accelerate the 2030 Agenda in The Gambia, building momentum for the effective implementation of the SDGs, especially goal number 5: Achieve gender equality and empower all women and girls; and number 4: Ensure inclusive and quality education for all and promote lifelong learning.

f. Raise awareness regionally that many countries in Africa have still not signed or ratified the Maputo Protocol. 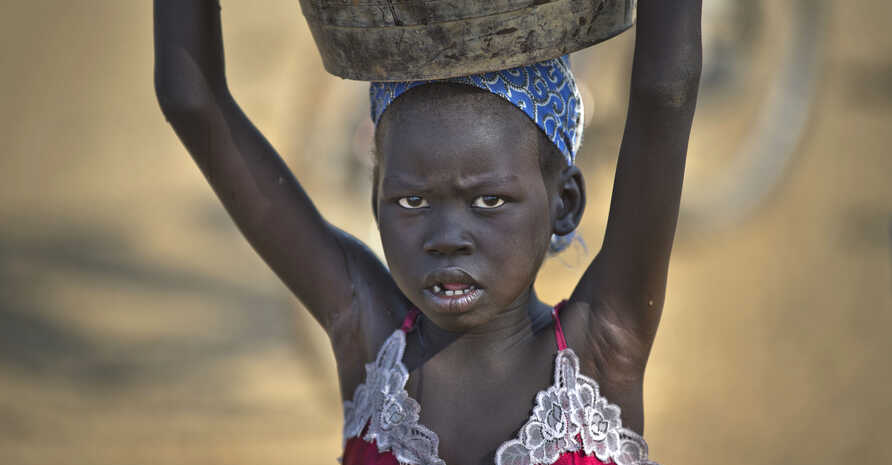 That the Government of The Gambia will: