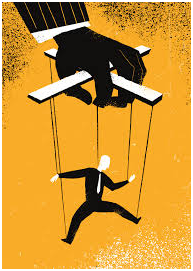 The crisis of the African state is a direct result of lack of leadership and corruption. The AU in our view is jointly charged! For example, it is estimated that Nigerian leaders have stolen about $ 600 billion from the state since independence! AU Watch anti-corruption documentaries calculates how much Africa has lost (and continues to lose) through corruption and mismanagement since independence, and what those monies could have done.AU Watch team will be drawing on a wide range of skills, from undercover investigations and painstaking financial research, to information gathering on the ground and close cooperation with partners and activists all over the world to get these films of the ground!

In the ‘Hyena & the Goat’, the documentary opens with a 30-minute life size melodramatic caricature of how the Hyena schemes to devour goats left in its care. It then moves on to devour its own children accusing them of smelling like goats. An old African proverb on corruption states: ‘when a hyena wants to eat its own children, it accuses them of smelling like goats’. Then the documentary moves on to the historical, economic, social and practical issues of corruption in Africa.

In the ‘Vultures Have Landed’ we explore the complicity of external banks, western government and more recently the Chinese.

But get connected. You may be able to assist us. We are looking for all types of volunteer collaborators for these two documentaries, from script writers, videographers, editors to whistle blowers. Get in touch here.