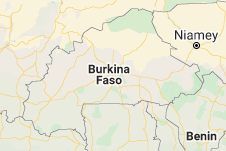 Burkina Faso is a low-income, landlocked Sub-Saharan African country with limited natural resources. Its population, which is growing at an average annual rate of 3.1%, was estimated at almost 18.6 million inhabitants in 2016. The next General Census of Population and Housing (RGPH) will be conducted in late 2019.

The economy is heavily reliant on agriculture, with close to 80% of the active population employed in the sector. Cotton is the country’s most important cash crop, while gold exports have gained importance in recent years.

Like other countries in the subregion, Burkina Faso is experiencing increasingly challenging security conditions. Although protected for a long time, the country has entered a cycle of more frequent terrorist attacks, particularly in the north of the country, near to the border with Mali and Niger.

In July 2017, the Sahel Alliance was established by the European Union, France, Germany, the United Nations Development Programme, the African Development Bank, and the World Bank to support these countries’ efforts and help with regional stabilization. Spain, Italy, and the United Kingdom also joined the Alliance.

In December 2018, a state of emergency was declared in several provinces of the country. The President of the Republic, Roch Kaboré, assumed the role of rotating president of the G5 Sahel in February 2019. Invited to the recent G7 summit in Biarritz in August 2019, President  Kaboré called on the international community to be more vigilant and to enhance its efforts to halt the rise in terrorism in Africa, and more specifically, in the Sahel region.

Economic growth rose to 6.8%, against 6.3% in 2017, driven largely by the boost in agricultural production. After having been affected by poor rainfall in 2017, agricultural production bounced back strongly in 2018. This rebound was driven by cereal production (+27,5 %), while cotton production contracted significantly (-29,5 %). The sustained rise in gold mining activity, as well as the dynamism of the services sector, also supported economic activity in 2018.

Self-generated revenues remained stable at 19.5% of GDP owing to efforts to increase tax collection in the second half of 2018.

The current account deficit fell to 5.8% of GDP in 2018, compared to 7.3% in 2017, owing to an improved trade balance, linked to the rise in gold exports, while fiscal adjustments led to a drop in imports.

The economic outlook remains favorable in the medium term, with GDP growth projected to stabilize around 6% over the period 2019-2021, supported by the services and mining sectors as well as exports. Inflation is projected to remain below the 3% threshold set by the West African Economic and Monetary Union (WAEMU).

This outlook is, however, vulnerable to major internal and external risks, such as the terrorist threat and fluctuations in the prices of gold and cotton, as well as the rise of international oil prices. 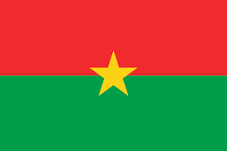 Maternal and child health indicators have not yet attained the targets set in the United Nations Sustainable Development Goals (SDGs) and the National Economic and Social Development Plan (PNDES). Moreover, the country is ranked 144 out of 157 countries on the new Human Capital Index established by the World Bank.

In recent years, Burkina Faso has made considerable progress in the area of education, with a primary completion rate of 64.3% for girls and 56.6 % for boys.

Moreover, the rise in insecurity and terrorism in a number of regions in the country had a negative impact on the education sector. On January 15, 2019, approximately 1,035 primary and secondary schools were closed in those regions, depriving around 141,000 pupils of an education. To address this displacement of pupils, the government prepared an education strategy for pupils in areas experiencing severe security challenges.

Burkina Faso remains vulnerable to climatic shocks related to changes in rainfall patterns and to fluctuations in the prices of its export commodities on world markets.

Its economic and social development will, to some extent, be contingent on political stability in the country and the subregion, its openness to international trade, and export diversification. It is therefore necessary to create fiscal space to expedite investments in infrastructure and human capital with the aim of boosting the productivity and competitiveness of the economy.

What are the current and ongoing human rights issues in Burkina Faso?