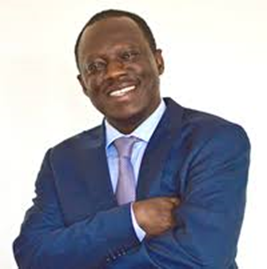 Clément Nyaletsossi VOULE, a national of Togo, was appointed as United Nations Special Rapporteur on the Rights to Freedom of Peaceful Assembly and of Association and took up his functions in April 2018.  Prior to his appointment, he led the International Service for Human Rights (ISHR) to support human rights defenders from States in transition and coordinated the organization’s work in Africa as the Advocacy Director. Mr. Voule also worked as Secretary-General of the Togolese Coalition of Human Rights Defenders, as a campaigner for the Togolese Coalition for the International Criminal Court and as Secretary-General of the Amnesty International section in Togo. Since 2011, he has been an Expert Member of the Working Group on Extractive Industries, Environment and Human Rights Violations of the African Commission on Human and Peoples’ Rights.

As a founding member and Vice-Chair of the West African Human Rights Defenders Network, he has coordinated and participated in the elaboration of several studies and guidelines, including two studies on freedom of association and the situation of women Human Rights Defenders in Africa and the guidelines on the rights of Freedom of Association and Assembly of the African Commission on Human and Peoples’ Rights.

Mr. Voule has a degree in Fundamental Rights from Nantes University and a Masters Diploma in International Law in Armed Conflict from the Graduate Institute of International and Development Studies, University of Geneva.

Currently, he holds positions in Geneva in the field of human rights.

To contact Clement, please email him at [email protected]