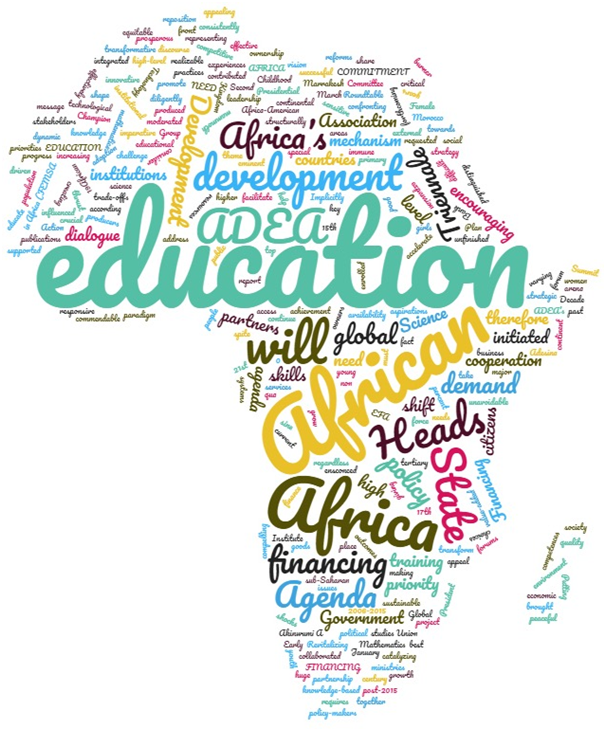 Despite the launch of Agenda 2063 and the widespread adoption of and progress toward the Sustainable Development Goals, Africa continues to lag behind most of the world when it comes to socioeconomic development.

In fact, a recent report by the Sustainable Development Goals Centre for Africa,” Africa 2030: Sustainable Development Goals Three-Year Reality Check”—reveals that minimal progress has been made and, in some instances, there is complete stagnation. More than half of the global poor (those who earn under $1.90 PPP per day) are found in Africa. One in three Africans is at the risk of food insecurity.

With 43 years to go, no country in Africa is on track to meet any of the Agenda 2063 goals. AU research shows that 98 percent of the people have no idea what Agenda 2063 is about. In fact, the SDG Centre’s forecasts (for the SDGs for which we have sufficient data: poverty, malnutrition, maternal mortality, net school enrolment, access to electricity, and access to drinking water) show that all African regions except North Africa are unlikely to meet the SDGs. The struggle is more pronounced for Central Africa across all the goals.

A child born in Africa today is still at risk of not receiving a full, high-quality education or decent health care. An African child in school today continues to struggle to read and write due to poor quality of education services. Too many Africans continue not to visit the hospital due to lack of money. In fact, 22 African countries have a Human Capital Index (https://openknowledge.worldbank.org/handle/10986/30498) score of less than 0.4. In other words, a child born today in those countries will be only 40 percent as productive at 18 years of age as one who completes their education and enjoys full health. 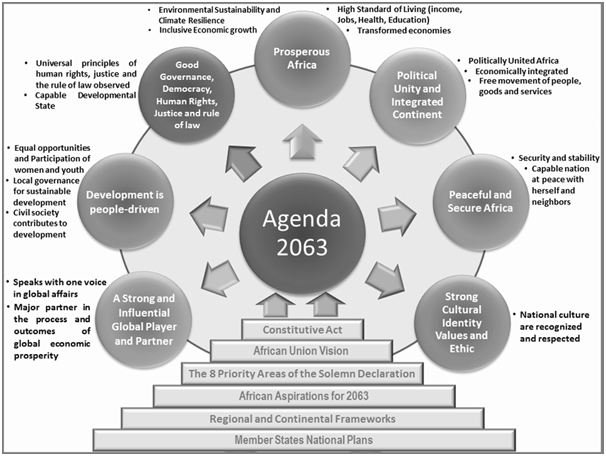 Globally, financing for the SDGs remains below the requisite investment needs. The same is true for Africa. Despite an annual total financing mix of $650 billion ($500 billion in domestic revenue, $50 billion from official development assistance, slightly less than $50 billion in foreign direct investment, and $60 billion in remittances), the estimated additional annual financing required is between $500 billion and $1.2 trillion. Already, one in five African countries does not raise enough in revenues to meet its basic state functions. Even worse, in sub-Saharan Africa, that number is one in three.

As far as Agenda 2063 plans go, data is hard to come by as many countries have no provision for it, But suffice it to say, that many countries are lagging behind.

Notably, national development banks (NDBs) are a main source of long-term credit in many middle-income countries and developed economies. While Africa has 140 NDBs, they remain hugely constrained due to regulation, governance, and financing. As such, the size of most NDBs in Africa is small compared to the size of the economy in their respective countries.

Other sources of financing are unreliable as well and African debt is rising. The number of countries at high risk or in debt distress has more than doubled from eight in 2013 to 18 in 2018. Close to 40 percent of sub-Saharan African countries are at risk of a major debt crisis. 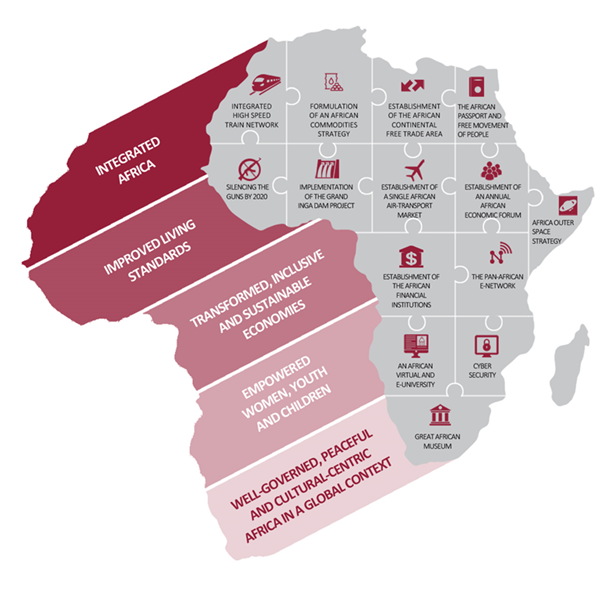 Overall, we cannot postpone investment in human capital and people or we risk losing a generation. Both Agenda 2063 and SDG-tailored investment vehicles must be put in place on the continent that will consider the urgency, magnitude, and complexity of challenges faced in Africa, as well as the opportunities to be seized here. Africa’s failure to attain them will have implications everywhere on the planet, since some the SDGs and 2063 goals possess a transboundary nature, for example climate change, life below water, and effective partnerships.

Donate Africa is an online crowdfunding platform aiming to promote Agenda 2063 development regionally. Harnessing the power of digital connection, Donate Africa works to end poverty and other types of social injustice in Africa through entrepreneurship and innovation. We are working to be a leader in the regional quest to eliminate vulnerability, strengthen human rights and citizen participation, promote peace, and ensure dignity for all Africans. Our interventions aim to achieve large scale, positive changes through economic and social programs that enable communities to realize their potential.

INVEST in Project No Child Left Behind

PARTICIPATE in our events

Collaboratively, we work to ensure that Agenda 2063 is realisable. We therefore support and fund a variety of programs that

Our passionate team of social entrepreneurs founded ‘Donate Africa’ in response to the urgent regional need to empower people and communities in situations of poverty, illiteracy, disease and social injustice to do something about their situation. Your contributions connect, strengthen and champion a dynamic network of diverse communities, civil society organizations and individuals to challenge and eradicate inequality and injustice.

Of the 1.4 billion people living in Africa, 418 million (33% of the population of the continent) live in extreme poverty,living on less than $1.25 per day. Most are girls and women.

We created ‘Donate Africa’ because we believe that, through collaboration, we can turn this situation around.

Possible solutions already exist.  ‘Donate Africa’ brings people connects the dots to bring these solutions to life. Everywhere, there are men and women full of goodwill. People want to make a positive difference. The African Diaspora is a good example. Millions of people are giving, but also by sharing their energy, time, talents and expertise. At AU Watch we harness this global capacity: anyone and everyone can get involved (through even the smallest of gestures) and contribute to big, sustainable change.

Change can only happen when everyone who is affected has a seat at the table and has an opportunity to speak and influence that change.

Africa will never be free until every man, woman and child are empowered enough to question what their leaders are doing; knows what the AU is doing and is able to participate it its activities and programs.

Several ways to give:

ALL DONATIONS ARE TAX DEDUCTIBLE

AU Watch is registered as a non-profit organization in The Gambia. Your donations are tax deductible to the extent allowed by law.

YOU CHOOSE HOW TO ALLOCATE YOUR DONATION

‘Donate Africa’ selects innovative projects that are rooted in local communities, run by local people and that meet a real need. You can choose to allocate your donation:

YOU ARE INFORMED OF THE IMPACT OF YOUR DONATION

‘Donate Africa’transfers 100% of all donations made by individuals directly to our field programmes. We charge no commission!

‘Donate Africa’is committed to monitoring and evaluating the impact of each donation, no matter the amount, with rigor and transparency. The impact of funds is assessed on a quarterly basis; you will receive a detailed report on the impact of your own donation no later than two to three months after giving and our team will send you interim project updates.

TAX DEDUCTIBILITY OF YOUR DONATION

CREATE YOUR PROJECT ON ‘DONATE AFRICA’