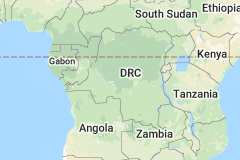 The largest Francophone country in Africa, the Democratic Republic of Congo (DRC) , endowed with vast natural resources, has nearly 80 million inhabitants, fewer than 40% of whom live in urban areas. With 80 million hectares of arable land and over 1,100 listed minerals and precious metals, the DRC has the potential to become one of the richest economies on the continent and a driver of African growth, if it can overcome its political instability and improve governance.

The DRC is still recovering from a series of conflicts that broke out in the 1990s, creating a protracted economic and social slump. Joseph Kabila served as head of state between 2001 and 2019. Presidential and parliamentary elections, initially slated for November 2016, were postponed until December 30, 2018 to facilitate an overhaul of the electoral register. Felix Antoine Tshisekedi—the son of Etienne Tshisekedi, the country’s longstanding opposition leader—secured 38.5% of the vote and was declared the winner by the national independent electoral commission.  This victory was contested, including by the National Episcopal Conference of Congo (CENCO), which had deployed 40,000 election observers. CENCO’s data had predicted that Martin Fayulu would win 62.8% of the vote, defeating the ruling party’s candidate, Emmanuel Ramazani Shadary (17.99%) and Felix Tshisekedi (15%).

In 2018, the DRC emerged from the economic recession triggered by the decline in the global prices of its main export commodities between 2015 and mid-2017. The economy continued to expand, growing at a rate of 4.1% in 2018, up from 3.7% in 2017 and 2.4% in 2016—the country’s weakest performance since 2001. This economic rebound was largely driven by the recovery in mining activity and strong world copper and cobalt prices, following an upturn in global demand for these products.

Public financial management was also strengthened in 2018 through continued cash-based budget management and improved domestic resource mobilization. Owing to tighter public expenditure control—despite higher spending related to the elections—and an increase in direct tax revenue from the mining sector, the overall budget surplus of 0.4% of GDP in 2017 increased to 1.3% of GDP in 2018, after three consecutive years of deficits. However, public social and investment spending is still low and inadequate to ensure more sustained and inclusive growth in the medium and long term.

Despite increased mining exports, the current account deficit widened from 2.9% of GDP in 2017 to 3.9 % of GDP in 2018. This deterioration in the country’s investment position is mainly due to the largest increase in imports of goods and services related to the rise in mining investments and to election expenses in the second half of 2018. The current account deficit has nonetheless been more than offset by net financial flows, primarily for the mining sector—in the form of foreign direct investments—triggering a balance of payments surplus of 1.3% of GDP. This enabled the country to maintain the level of international reserves and stabilize the Congolese franc exchange rate, thereby helping to significantly contain inflationary pressures observed over the past two years. The value of the Congolese Franc depreciated by only 5.9% in 2018, compared to 31% in 2017, while inflation plummeted from 54.8% in 2017 to 7.2% in 2018.

The Government has also launched several sector reforms to boost governance in the management of natural resources and improve the business climate. Virtually all mining, oil, and forestry contracts awarded by the Government are now accessible to the public. The DRC participates in the Extractive Industries Transparency Initiative (EITI) and regularly publishes reports on revenues earned from natural resources. Mining and oil and gas legislation was also amended to enable the State to further benefit from harnessing these resources. However, systematizing the procedures necessary for a competitive process in awarding mining, oil, and forestry contracts requires additional effort on the part of the Government. Reforms instituted to improve the business climate include laws on public-private partnerships, the liberalization of the insurance sector, and telecommunications. 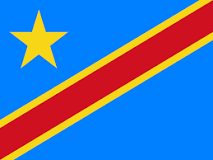 In 2012, 77% of the population was living in extreme poverty on less than $1.90 a day. The most recent World Bank estimates put the extreme poverty rate in the DRC at 73% in 2018, one of the highest in sub-Saharan Africa, placing it ahead of only Nigeria.  Extreme poverty is concentrated in the northwestern and Kasai regions,

and the country has been grappling with an Ebola outbreak in the North Kivu and Ituri provinces since August 2018. The prevailing instability and insecurity in this region are hampering the Ebola response. As of June 13, 2019, the World Health Organization had identified 2,084 cases (1,990 confirmed and 94 probable cases). There have been 1,405 deaths, mainly among women (57%) and children (29%).

Corruption in the Democratic Republic of Congo (DRC)