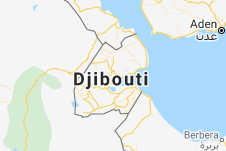 Djibouti is one of the smallest countries in Africa. It covers an area of 23,200 square kilometers and is home to a population of about 865,000 (2011). The size of its economy limits its ability to diversify production and increases its reliance on foreign markets, making it more vulnerable to market downturns and hampering its access to external capital. Djibouti also has less than 1,000 square kilometers of arable land (0.04 percent of its total land area) and average annual rainfall of only 130 millimeters. It depends almost completely on imports to meet its food needs.

Djibouti’s strength lies in its strategic location at the southern entrance to the Red Sea, forming a bridge between Africa and the Middle East. Adjacent to some of the world’s busiest shipping lanes, it hosts military bases for France, the United States, Japan, China, and the North Atlantic Treaty Organization (NATO), as well as for other foreign countries with forces supporting global anti-piracy efforts.

Djibouti’s US$2 billion city-state economy is driven by a state-of-the-art port complex, among the most sophisticated in the world. Trade through the port is expected to grow rapidly in parallel with the expanding economy of its largest neighbor and main trading partner, Ethiopia. Djibouti has some natural assets that could be used for tourism, untapped marine resources that could support more artisanal fishing, and an infrastructure of undersea telecommunications cables from which it could develop new digital and service industries. Renewable energy could be a source of growth as Djibouti has geothermal, solar, and eolian potential.

Thanks to massive, public debt-financed investments in infrastructure, Djibouti has seen rapid, sustained growth in recent years, with per capita GDP growing at more than 3 percent a year on average and real GP at 6 percent. Growth is expected to reach 7.5 per cent in 2019.

Because of these investments the country’s debt stands at an estimated 70 percent of GDP. The population living below the international poverty line of US$1.90 per day was estimated at 17.1 percent in 2017 but is expected to decrease if it reaps the benefits of infrastructure investments. Djibouti is not currently engaged in an IMF program but has completed an Article IV review, which was discussed by the Fund’s Board of Executive Directors in September 2019. 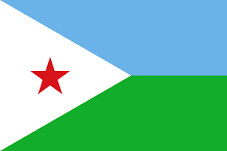 What are the current and ongoing human rights issues in ​​Djibouti