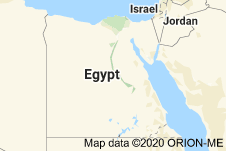 The Government of Egypt (GoE) successfully implemented a first wave of macro-economic and structural reforms that successfully addressed a number of deep-seated issues and helped to stabilize the economy, sustain growth and lay the groundwork for more dynamic private sector participation in the economy.

In the Financial Year (FY) 2019 (ending June 30th, 2019), real Gross Domestic Product (GDP) growth reached 5.6 percent, up from 5.3 percent in FY18. Data for the first nine months of FY19 show that this pickup is driven by net exports. Private investment is also picking up, although from a low base and with sluggish Foreign Direct Investment (FDI) mainly directed to hydrocarbons.

On the sectoral side, gas extractives, tourism, wholesale and retail trade, real estate and construction have been the main drivers of growth. Unemployment decreased to 7.5 percent in the fourth quarter ofFY19 (from 9.9 percent a year earlier), although accompanied by shrinking labor force participation.

The Central Bank of Egypt cut policy rates by 150 basis-points in August 2019, a move that should improve private sector cash flow via its impact on lending rates. The monetary easing was triggered by the remarkable decline in headline inflation in August 2019 to 7.5 percent, due to favorable base effects, as well as moderating food inflation; altogether diluting the inflationary impact of the July 2019 energy price hikes. The budget and primary balances have improved to an estimated -8.3 percent and 1.9 percent of GDP, respectively in FY19, from -9.7 percent and 0.1 percent of GDP a year earlier.

This comes on the back of the containment of energy subsidies and civil servants’ wages, in addition to increased revenues collection (notably from the VAT and income tax). In tandem, even though significant risks remain in terms of debt size, composition and contingent liabilities, government debt is estimated to have decreased to 90.5 percent of GDP in end-June 2019, from 97.3 percent of GDP in end- June 2018, with the decline mostly stemming from the domestic portion, which accounts for 80 percent of Egypt’s debt. Egypt’s external position has stabilized at broadly favorable levels, as foreign reserves reached US$44.97 billion in end- August 2019 (covering around eight months of merchandise imports). The Egyptian pound strengthened against the US$, reaching EGP/US$16.4 by mid-September 2019; cumulatively appreciating by around 16 percent since the Pound’s weakest point around mid-December 2016.

While macroeconomic environment has improved, social conditions remain difficult. Between 2016 and 2018, nominal wage growth fell below inflation. Official estimates reported that the share of the population living below the national poverty line in FY18 increased to 32.5 percent, from 27.8 in 2015, with the highest poverty rates still in rural Upper Egypt.

To alleviate the adverse effects of the economic reforms on the poor and vulnerable and increase investments in Egypt’s human capital, the government has scaled up key short-term social protection mitigating measures, including through higher allocations of food smart cards and expanded targeted conditional and unconditional cash transfer programs. 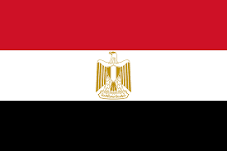 What are the current and ongoing human rights issues in Egypt