Among the seven key aspirations listed in Agenda 2063: The Africa We Want the African Union’s shared 50-year development and transformation program for realizing the full potential of the continent — one stands out in its interconnectedness: “[a]n Africa of good governance, democracy, respect for human rights, justice and the rule of law”. The key to Africa’s political and economic transformation in the next decade is found in this aspiration. Indeed, as former United Nations Secretary-General Kofi Annan said, “Good governance is perhaps the single most important factor in eradicating poverty and promoting development.”

The AU’s Constitutive Act  (2000), has an elaborate structure to promote “democratic principles and institutions, popular participation and good governance”, as well as the protection of “human and peoples’ rights in accordance with the African Charter on Human and Peoples’ Rights and other relevant human rights instruments”, among others. To deliver on these objectives, new institutions were created, new processes launched and new normative instruments adopted.

This included the launch of the Pan-African Parliament  (PAP), which aspires to become a fully-fledged legislative body, the African Peer Review Mechanism (APRM), a Court system as well as a Commission on Human and Peoples Rights. Following years of implementation as well as funding pressures, the necessity to link institutions and instruments became increasingly evident and led to the birth of the African Governance Architecture (AGA) in 2011. The subsequent entry into force of the African Charter on Democracy, Elections and Good Governance  (ACDEG) has strengthened the legal basis of some areas of engagement of the AGA.

Institutions and governance of the AGA 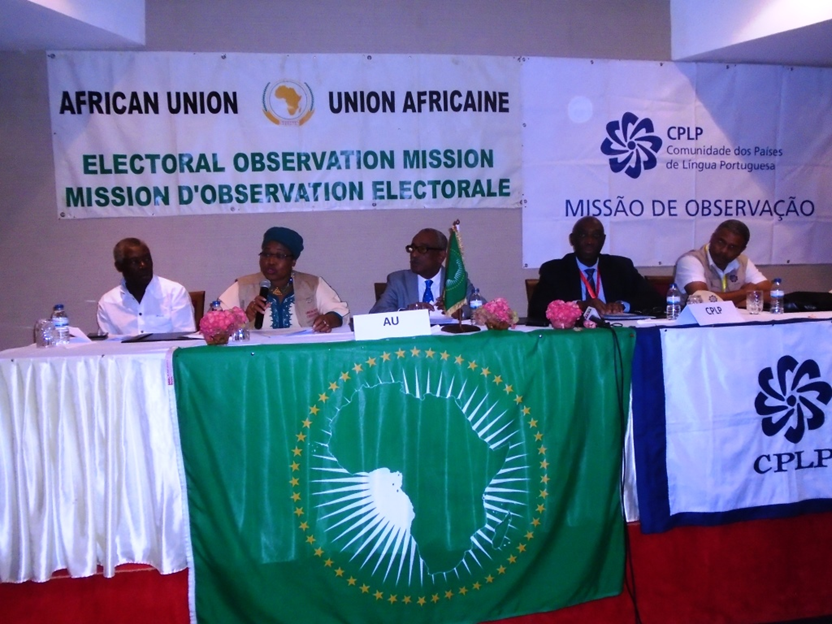 The AGA has foundations in the Constitutive Act in which African leaders were determined to “promote and protect human and people’s rights, consolidate democratic institutions and culture and ensure good governance and the rule of law’. In addition, the Constitutive Act sets as its objective the promotion of “democratic principles and institutions, popular participation and good governance” as well as the protection of “human and peoples’ rights in accordance with the African Charter on Human and Peoples’ Rights and other relevant human rights instruments”, among others.

The AGA is premised on AU legal instruments of shared values encompassing the promotion of sustainable democracy, governance and human rights in Africa. One such legal instrument is the ACDEG, which provides a stronger mandate to the African Union Commission (AUC) in the area of governance. The ACDEG has historical roots in earlier AU and Organisation of African Unity (OAU) documents including the 1999 Algiers Declaration on Unconstitutional Changes of Government,  the 2000 Lome Declaration for an OAU Response to Unconstitutional Changes in Government , the 2002 OAU/AU Declaration on Principles Governing Democratic Elections in Africa, the 2003 Protocol Relating to the Establishment of the Peace and Security Council of the AU . 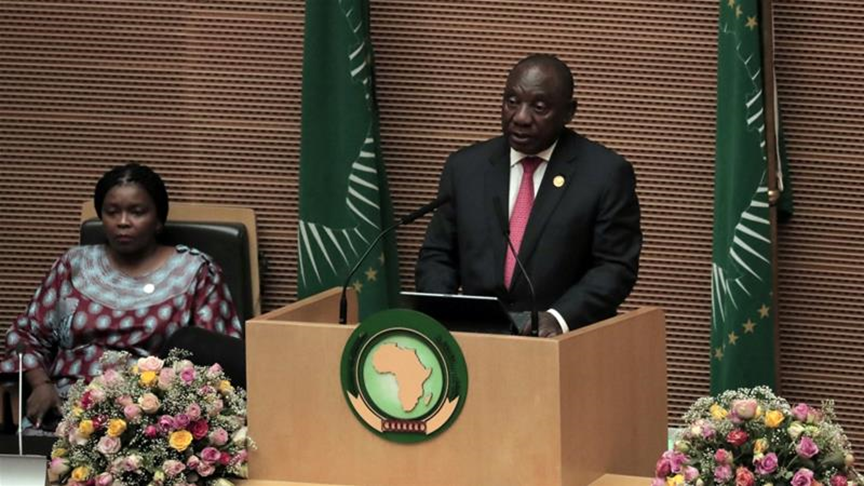 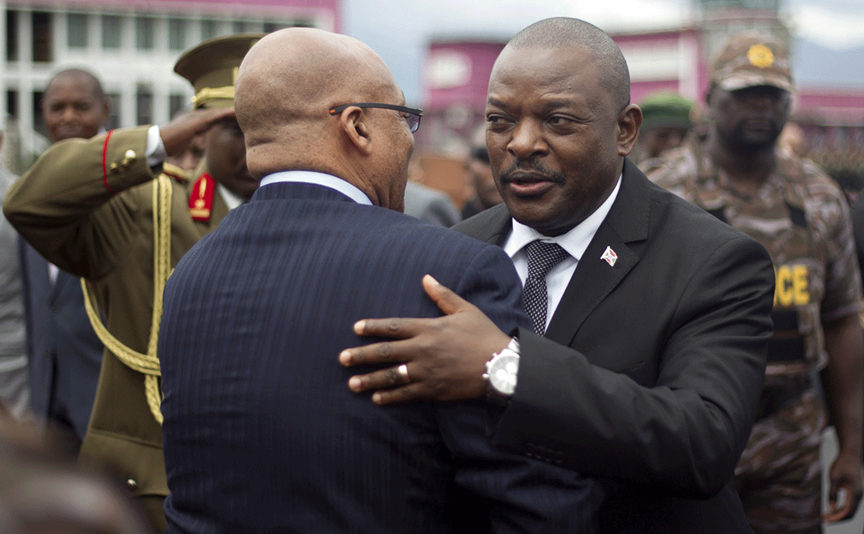 The African Governance Platform (AGP) is the operating arm of the AGA and represents the ‘space’ that was created to facilitate the implementation of the AGA objectives. The AGP does not assume or duplicate the functions established by other policy organs, rather it provides a framework for interaction, active engagement, synthesis and convergence amongst them. The Platform is organised along five clusters, namely:

The AGA Secretariat is housed in the Department of Political Affairs of the African Union Commission (AUC) and serves as the coordinating hub of the Platform. In 2014, the Secretariat opened up new frontiers for citizen engagement, including development of engagement standards and mobilisation of women, youth and civil society to meaningfully participate in democratic governance processes and agenda on the continent. 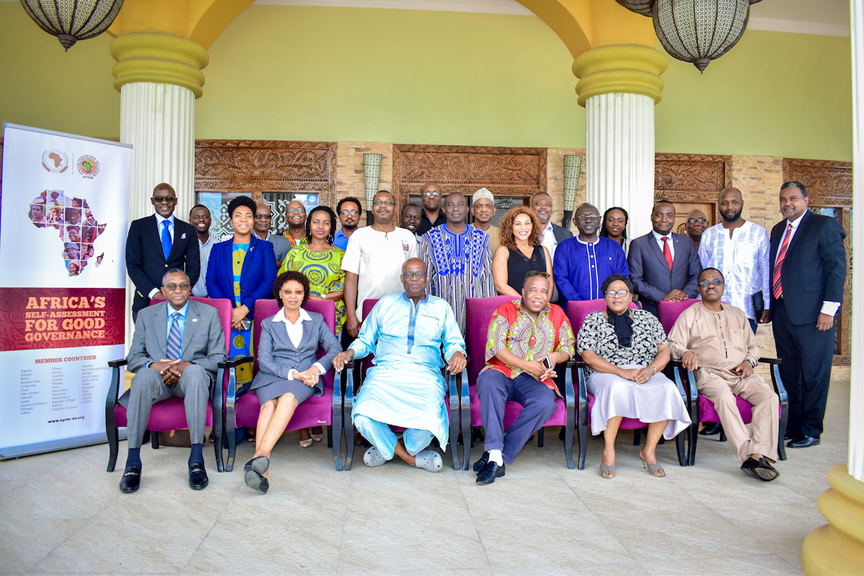 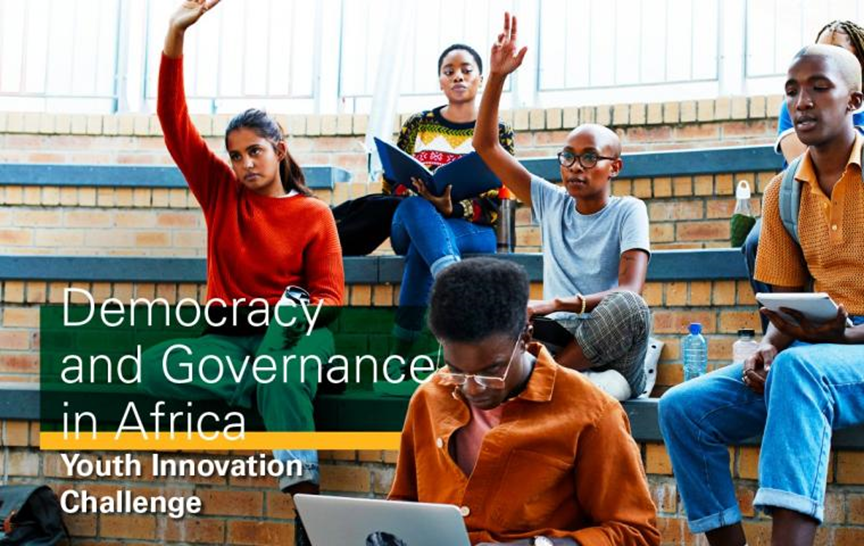 Driven by the AGA Secretariat, the AGA has taken a number of initiatives to promote the voice of civil society and especially the youth in the area of governance. The AGA Secretariat has in the last two years developed a Youth Engagement Strategy. The Strategy, currently being piloted aims, inter alia, to include “the inclusion of African youth and their views into high level AU discussions on democratic trends in Africa” and facilitate “qualitative youth engagement in the attainment of improved democratic governance and respect for human and peoples’ rights at the national, regional and continental levels.

The OAU endorsed election observation during its 64th Session of the Council of Ministers in July 1996, in Yaoundé, Cameroon. The session, in its deliberations on the Report of the Secretary General on the Process of Election Monitoring by the OAU, called for the OAU to assume greater responsibility in the democratisation process in Africa, including election observation.

The AU has developed documents to address the standards of electoral monitoring. They include the OAU/AU Declaration on Principles Governing Democratic Elections in Africa and the Guidelines for African Union Electoral Observation and Monitoring Missions . These guidelines enshrine free and fair elections conducted by impartial, all-inclusive competent accountable electoral institutions staffed by well-trained personnel and equipped with adequate logistics.

AGA and the APRM 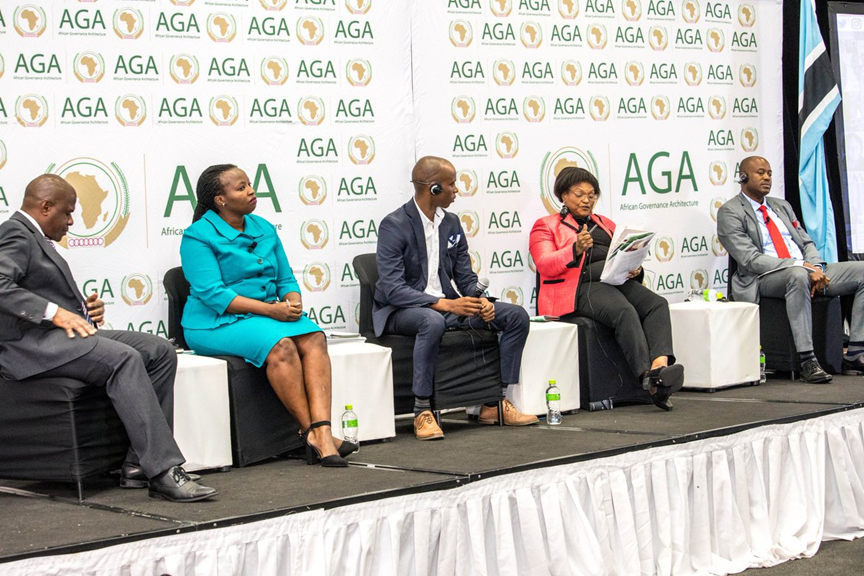 The ACDEG obliges members states to promote and deepen democratic governance by implementing the principles and core values of the APRM where applicable. The APRM was initiated in 2002 and established in 2003 by the AU in the framework of the implementation of the New Partnership on Africa’s Development (NEPAD). The objectives of the APRM are primarily to foster the adoption of policies, standards and practices that lead to political stability, high economic growth, sustainable development and accelerated sub-regional and continental economic integration. The APRM is an African initiative to assess the level of a country’s good governance based on four thematic areas: democratic and political governance; economic management and governance; socio-economic governance; corporate governance.

The AGA interlinks and is complementary to the African Peace and Security Architecture (APSA). One of the specific objectives of the set out in the AGA Framework Document developed in June 2014, is to “facilitate joint engagement in preventive diplomacy, conflict prevention and post-conflict reconstruction and development in Africa”. Thus, both the AGA and APSA are supposed to address the structural root causes of crisis and conflict in Africa. 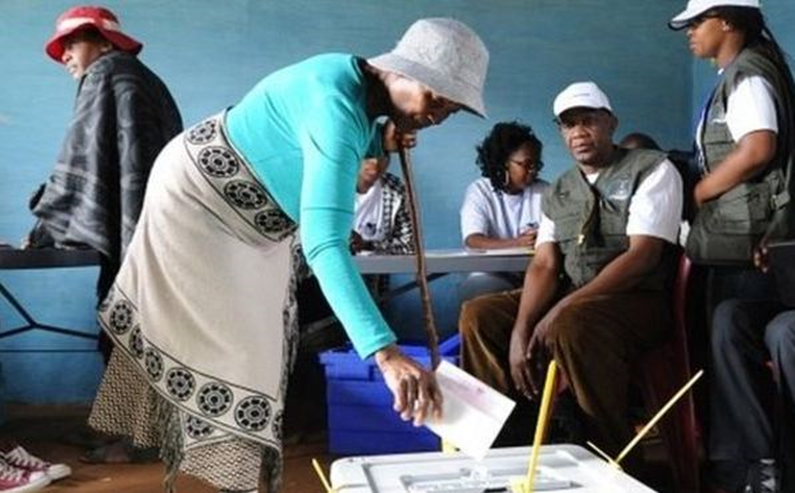 The AU and Elections Observation 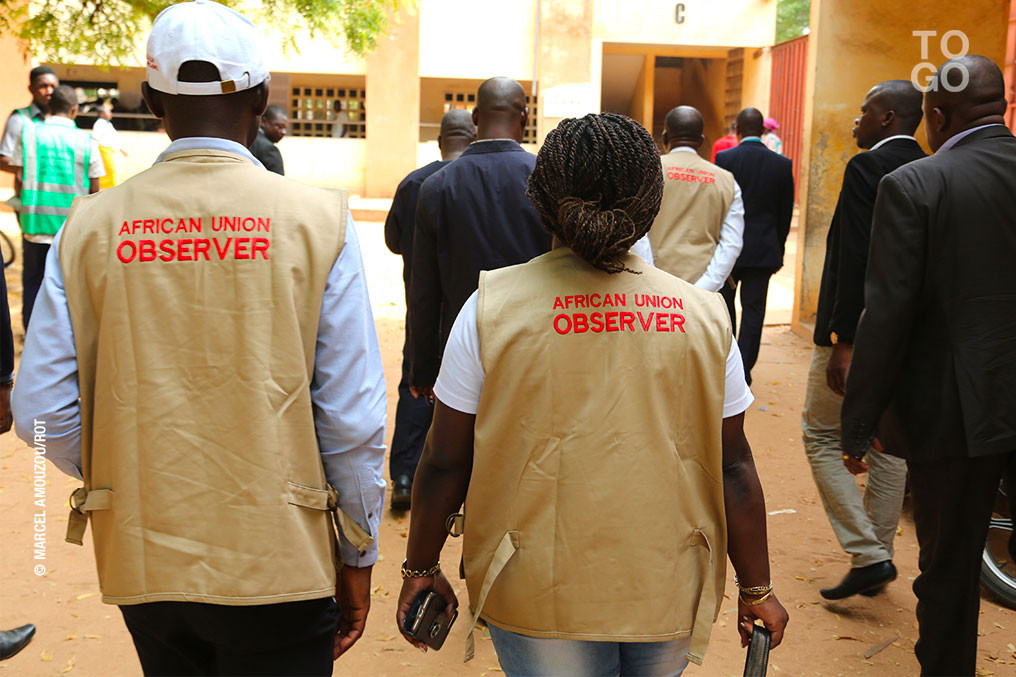 Working towards Aspiration 3 of Agenda 2063
Africa has made significant progress in institutionalising electoral democracy over the course of the past decade. This is reflected in a number of successful multiparty elections in most of AU member states.
The African Union contributes to electoral observation through the African Union Election Observation Missions, AUEOM.
The objectives of the AUEOM are:

The AUEOM draws its mandate from various African Union instruments, most importantly:

The observations of the AUEOM are based on the principles and standards for the conduct of democratic elections as enshrined in the aforementioned AU instruments.

May 2019
The AU deployed an AUEOM to the 8 May 2019 National and Provincial Elections in South Africa; and the Tripartite Elections held on 21 May 2019 in Malawi as well as to the 22 June 2019 presidential elections in Mauritania.

In South Africa, the African Union (AU) deployed a short-term election observation mission from 29 April 2019 to 14 May 2019 as part of its mandate to deepen democratic governance on the continent. The Mission was led by former Tanzanian President, Mr. Jakaya Mrisho Kikwete.
In Malawi, the mission was headed by Mr. John Dramani Mahama, former President of the Republic of Ghana. The mission comprised 7 long-term observers (LTOs) and 22 short-term observers (STOs). The observers were drawn from the Pan-African Parliament (PAP), Ambassadors to the African Union, Election Management Bodies (EMBs), civil society organisations (CSOs) and experts from 20 African countries.

June 2019
To support the electoral process in Mauritania, the AUEOM dispatched a mission led by Mr Philemon Yang, former Prime Minister of the Republic of Cameroon . The mission, comprised thirty-five (35) observers, and  deployed from 19 to 29 June 2019.

For a good read about the African Charter on Democracy, Elections and Governance, see: 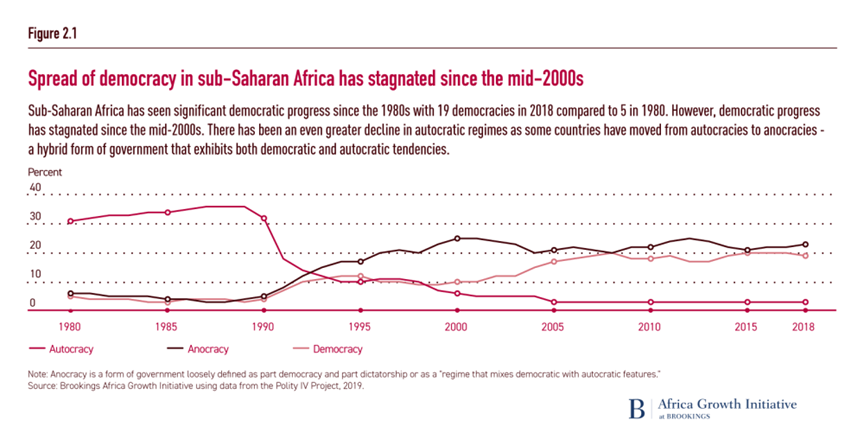 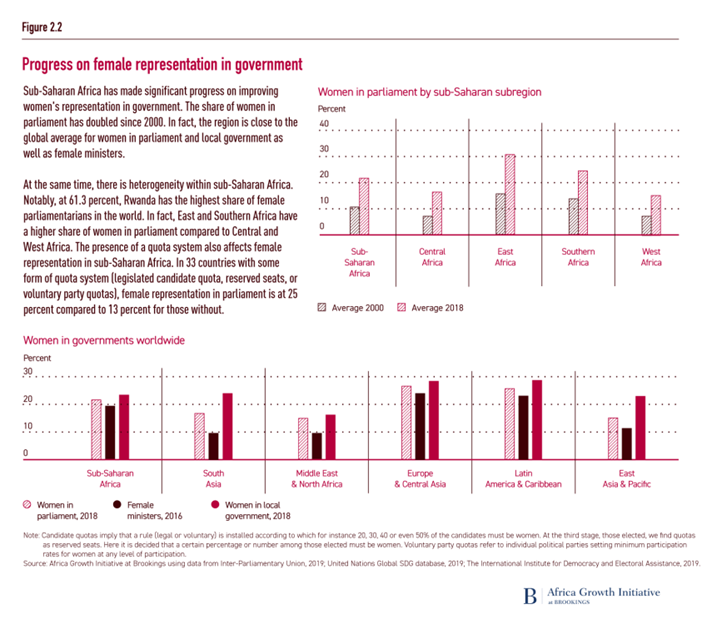 An AU Watch Project On Elections Monitoring In Africa

This project aims at improving AU Watch’s capacity in conducting observation up to international standards, thereby making a significant contribution to inclusive, transparent and credible elections in Africa.

Background
For the last three months, tens of thousands of Malians have taken to the streets, in protests fuelled by pervasive corruption, extreme poverty, and protracted conflict. The protests were spurred by a constitutional court decision to overturn some of the election results, which the opposition says unfairly helped members of President Ibrahim Boubacar Keita party remain in office. The situation in Mali could be replicates in many places in Africa.

Historically, elections in Africa have often been fraught with conflict before, during and after the electoral process. Since 1989 the AU has been striving to increase voter confidence, with the overarching aim of strengthening acceptance of election outcomes and improving the legitimacy of elected governments. Many Africans remain sceptical and largely mistrustful of elections.

Objectives
The project has two specific objectives:
• to support the AU Watch and other similar CSOs at institutional and mission levels, in developing their human capacity to conduct long-term election observation;

• to support the AU in refining its methodological and technical basis to conduct credible and effective long-term election observation.

Main Activities
The programme is expected to enhance AU Watch and other similar CSOs to enable them to fulfil the main tasks of being long and short-term observers. It will also enable the AU Watch to develop its own handbook on election observation and specific guidelines outlining its methodology for long-term observation, and will improve its capacity to manage its observation activities.

Governance Projects in the Gambia and Guinea Bissau 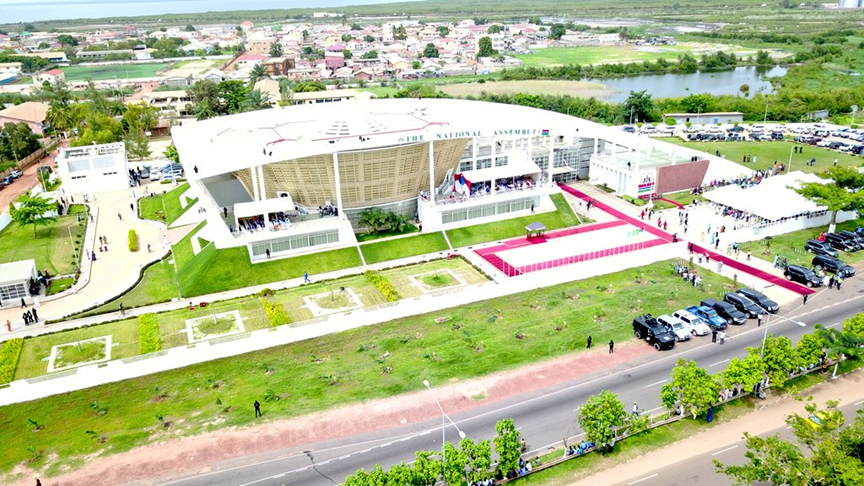 THE GAMBIA – DEMOCRACY AND GOVERNANCE PROJECTS
The Gambia has been relatively stable for a long time – despite huge challenges during the 22-year rule of strongman Yayeh Jammeh, which ended 2016. This trend in governance presents an excellent window of opportunity to address core challenges to the country’s progress on democratic and economic governance over the next decade. AU Watch supports decentralization and development at the local level, promoting government-wide transparency and accountability, institutionalizing electoral and political processes, and supporting social stability in the restive Casamance region. 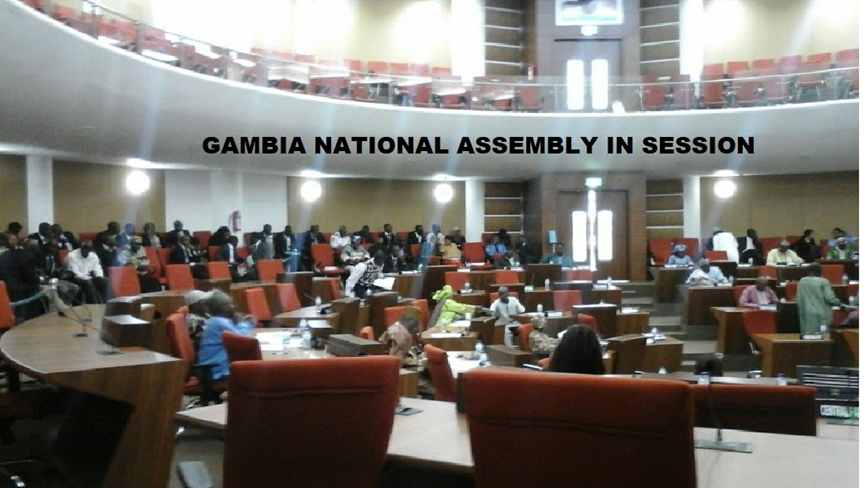 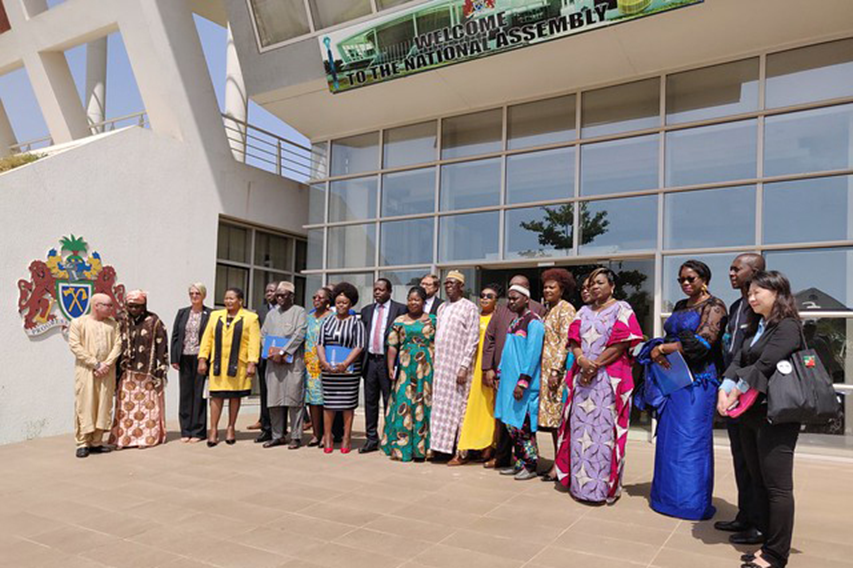 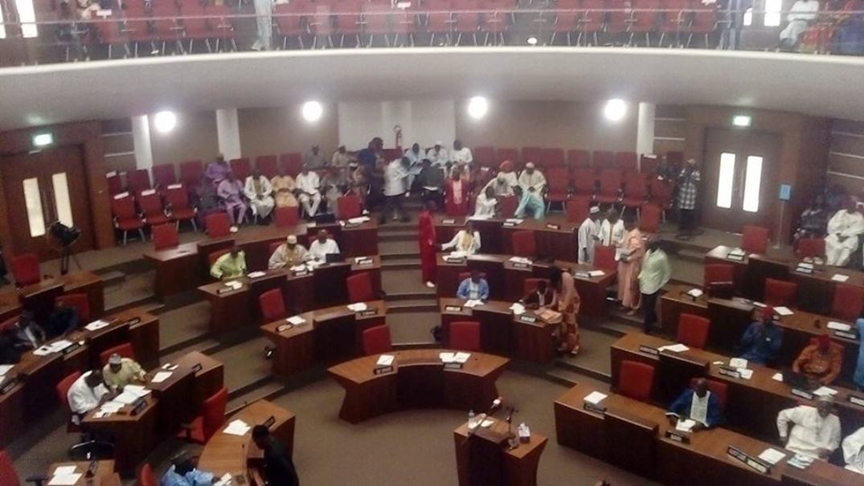 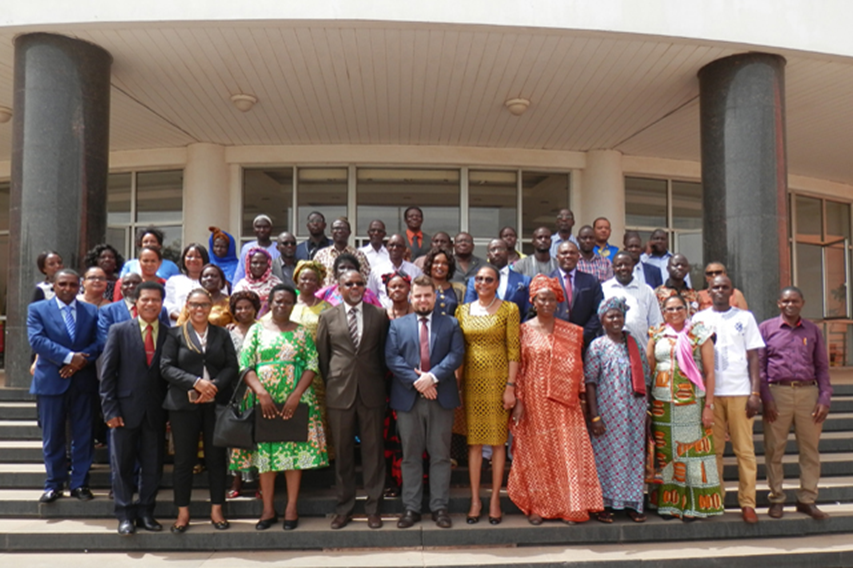 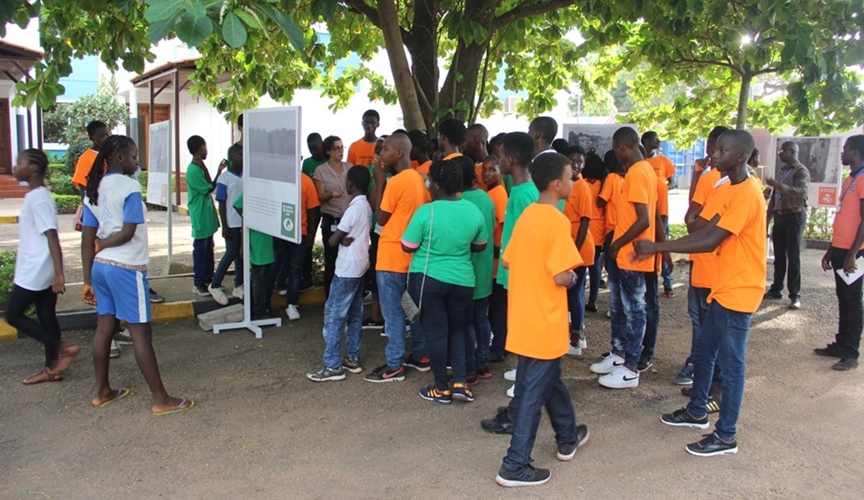