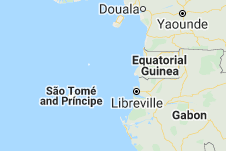 Equatorial Guinea, also referred to as EQG, is the only former Spanish colony in Sub-Saharan Africa. It is composed of a mainland, Rio Muni, and small islands including Bioko where the capital Malabo is located, Annobon, Corisco, Elobey, and others. According to a 2015 population census, the population is 1.2 million people. The country is bordered in the north by Cameroon, in the east and south by Gabon, and to the west by the Gulf of Guinea. It is well endowed with arable land and mineral resources ranging from gold, oil, uranium, diamond, and columbite-tantalite, and notably petroleum discovered in the 1990s.

President Teodoro Obiang Nguema Mbasogo, has served for 39 years, making him the longest-serving head of state in Sub-Saharan Africa. His position was bolstered by his landslide victory in the last presidential election in November 2009. The absence of real checks and balances grants his political party, the Partido democratico de Guinea Ecuatorial (PDGE), absolute executive power. The country’s constitution was amended following the November 2011 referendum and a new government was appointed in May 2012. The legislative, senatorial and municipal elections were held in May 2013 and confirmed the domination of the ruling party, PDGE. However, legalized opposition parties continue to voice their discontent over the country’s governance but their capacity to influence policy is limited.

After a government reshuffle in 2017, M. Nchama, former governor of the Bank of Central African States, was appointed the new minister of Economy and Planning. While still fragile, the socio-political situation remains stable.

The country has been one of the fastest growing economies in Africa in the past decade. After the discovery of large oil reserves in the 1990s, Equatorial Guinea became the third-largest producer of oil in Sub-Saharan Africa, after Nigeria and Angola. More recently, substantial gas reserves have also been discovered. However, the country macroeconomic and fiscal situation has deteriorated following the oil price drop.

EQG experienced the full extent of the Central Africa Economic and Monetary Community (CEMAC) crisis because of its large dependence on oil exports and lack of sufficient buffers, such as government deposits and international reserves and while it has announced plans for adjustment is has not yet reached an agreement with the International Monetary Fund (IMF).

The government’s development agenda is guided by a medium-term strategy paper, the National Economic Development Plan: Horizon 2020, which targets economic diversification and poverty reduction. The first phase of Horizon 2020 focused on infrastructure development was concluded in 2012. The second phase will focus on economic diversification, targeting strategic new sectors such as fisheries, agriculture, tourism and finance.

As the country moves into the second phase of the National Development Plan, the government is planning to redirect public investment from infrastructure towards the development of new economic sectors. Equatorial Guinea is largely dependent on oil. The significant economic impact of the recent drop in international oil prices has underscored the importance of promoting non-oil growth and increasing efficiency of spending.

To restore its external and fiscal imbalances, Equatorial Guinea is undertaking several reforms and has entered into an IMF Staff Monitored Program (SMP) in May 2018. The reforms include raising non-hydrocarbon tax revenues and reducing the non-hydrocarbon primary deficit, improving PFM in coordination with the other CEMAC countries, supporting social sectors, protecting the banking sector through the non-accumulation of new arrears, and improving governance.

EQG became member of Organization of the Petroleum Exporting Countries (OPEC) in May 2017. For the government, joining OPEC could be an attempt to bolster foreign investment and technology transfers from other member countries, especially from the Gulf. 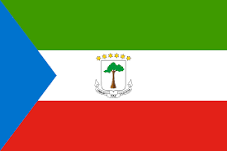