Gabon, a central African country, is rich in natural resources. Located on the Atlantic Ocean, it borders Cameroon, Equatorial Guinea, and the Republic of Congo. It is sparsely populated, with a population of 2 million (2017) and forests covering 85% of its territory.

Gabon nonetheless has one of the highest urbanization rates in Africa; more than four in five Gabonese citizens live in cities. The capital, Libreville, and Port Gentil—the economic capital of the country—are home to 59% of the population. One in two Gabonese citizens is under the age of 20, with the fertility rate in urban areas at four children per woman against six in rural areas, according to the 2012 Second Demographic and Health Survey.

The opposition boycotted legislative elections in 2011, but later competed in municipal and departmental elections in December 2013 and in the Senate election in December 2014. Still, all these elections were won by the party in power. On August 31, 2016, the incumbent president, Ali Bongo, was re-elected in controversial elections marked by a fairly low voter turnout of 59%.

Legislative and municipal elections were held in October 2018. The ruling party—despite losing 15 seats—maintained its two-thirds majority in the National Assembly, winning 98 of 143 seats. The elections followed an April 2018 constitutional court ruling that dissolved parliament (because elections had been postponed for too long) and forced the government’s resignation in May. A caretaker government has taken measures (contained in the new 2018 Budget Law) to address slippage in Gabon’s macroeconomic performance and contain its bloated wage bill.

On January 7, 2019, taking advantage of a prolonged absence by the President of the Republic, who was convalescing in Morocco, several soldiers attempted to seize power. This attempted coup culminated in the arrest of its ringleaders. 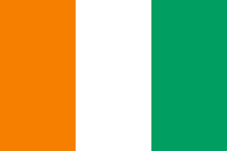 The poor quality of Gabon’s business climate is a major barrier to the diversification of its economy. Gabon ranked 169 out of 190 countries in the 2018 Doing Business report. The government’s strategy for the promotion of non-oil sectors has so far been based on the granting of specific incentives to foreign investors. A recent World Bank policy note highlighted the importance of improving human capital, building a fair and transparent business environment, and improving the quality and cost of core infrastructure—three critical building blocks for economic and export diversification. Recent measures to improve the business climate include a one-stop shop for investors; a public-private partnership (PPP) framework; a domestic arbitration court; and codes for hydrocarbons and mining.

Gabon must also boost its social expenditure. A 2013 McKinsey report suggests that roughly 30% of the population faces vulnerability, surviving on monthly incomes below the guaranteed minimum wage of CFAF 80,000 (approximately $150). The study also notes that the social situation has deteriorated in terms of access to basic social services (health care, drinking water, and electricity) in 60% of the regions.

Following this report, Gabon decided to improve its social policy by focusing on three pillars:

The weakness of the national statistical system is another challenge Gabon needs to address, as reliable data on poverty and income distribution are not available; the most recent date back to 2010. The consumer price index is still based on household consumption from a 2003 survey.

Corruption in The Republic of Ivory Coast