​Republic of The Gambia

The Gambia is a small fragile country in West Africa. Stretching 450 km along the Gambia River, its 10, 689 sq. km area is surrounded by Senegal, except for a 60 km Atlantic Ocean front. The country has a population of 2.1 million. With 176 people per square kilometer, it is one of the most densely populated countries in Africa. Most of the population (57%) is concentrated around urban and peri-urban centers.

Presidential elections in December 2016 resulted in a political transition after the incumbent President Yahya A.J.J. Jammeh, who had led the country for 22 years, was defeated by Adama Barrow, the presidential candidate of a political coalition.

The Parliamentary elections in April 2017 led to an absolute majority for United Democratic Party (UDP) with 31 seats in the 53-seat National Assembly. The former ruling Alliance for Patriotic Reorientation and Construction (APRC) party was reduced to five seats. In the local elections of May 2018, 62 of the 120 seats went to the UDP and 18 to the APRC.

The cabinet was reshuffled in March 2019, as the vice president was removed, along with two other prominent members of the UDP.

The Gambia’s small economy relies primarily on tourism, rain-dependent agriculture and remittances, and is vulnerable to external shocks. Real gross domestic product (GDP) growth was estimated at 6.5% in 2018 (from 4.8% in 2017), driven by strong recovery in tourism, trade and construction, as well as improvements in electricity provision.

However, the fiscal situation deteriorated as the fiscal deficit increased to 6.0% in 2018 from 5.3% in 2017, mainly due to lower grant revenues spending overruns on goods and services, and unbudgeted transfers to state-owned enterprises. (Tax revenues, marred by weak tax administration and high discretionary tax exemptions, remained relatively stable at 10.4% of GDP.

The macroeconomic framework continues to be characterized by high debt levels. Public debt is estimated to decline by one percentage point, down to 87% of GDP in 2018. Although Interest payments were less than last year, they still accounted for 25% of domestic revenues in 2018, leaving limited fiscal space for public investment and improved service delivery. 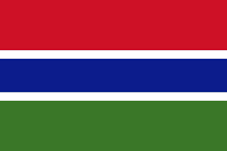 Important Information of Key Human Rights Issues in The Gambia

Corruption in The Gambia