Want to take part in our ‘African Economic Platform Forum’? Well tune in to AU Watch radio and TV.

AU Watch is taking the conversation further. Our ‘African Economic Platform Forum’ is an AU Watch radio and AU Watch News program that explores what the AU and its Member States are doing to advance entrepreneurships and businesses in Africa.

But get connected. We hold the view that the media in our view is a powerful story-telling tool to advance public interest matters. So, have your say. Tune in to AU Watch Radio and join our community of listeners. Discuss what Africa should look like in 2063. Share a multimedia and become a participant by logging on: www.agenda2063.au-watch.org or click on the following threads and ‘Have Your Say.’

Collaboration To Brief the African Commission 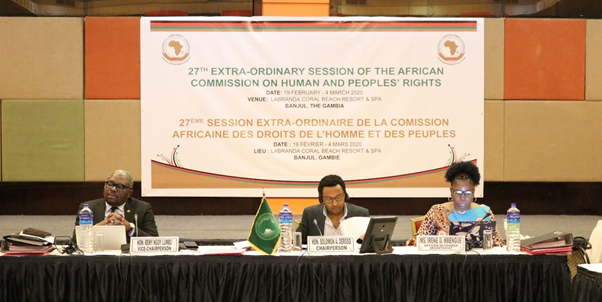 The African Commission’s Working Group Economic, Social and Cultural Rights is responsible for seeking and receiving information from individuals, governmental and non-governmental organizations and institutions, and other stakeholders concerning cases or situations that involve economic, social and cultural rights. Along with information gathered from such actors and during missions, the Working Group disseminates and obtains information through promotional activities, such as workshops, seminars, and expert meetings.

The Working Group often coordinates these activities with other relevant Special Rapporteurs and Working Groups under the Commission or the UN. On the basis of information received, the Working Group may raise awareness of an issue in its reports, press releases, or other activities.

AU Watch is seeking collaboration with like-minded organisations to submit information to the African Commission. If you are interested in such collaboration, why not write to us?

Among 821 million undernourished people in the world, 257 million are located in Africa, representing 20 percent of the population. Despite efforts to decrease the number of undernourished populations, the region is not yet on track to meet the second Sustainable Development Goal 2: Zero Hunger. Extreme hunger and malnutrition remain a huge barrier to development in Africa. Over 90 million children under five are dangerously underweight. Undernourishment and severe food insecurity appear to be increasing in almost all regions of Africa.

AU Watch’s ‘Zero Hunger Challenge’ is our own contribution and commitment to end hunger in Afriica. The initiative is anchored in the African Union’s Malabo Declaration on “Accelerated Agricultural Growth and Transformation for Shared Prosperity and Improved Livelihoods” adopted in 2014. It aims to translate political commitments into concrete actions at country and regional levels, while also responding to the UN Secretary General’s Zero Hunger Challenge. Within the framework of the Comprehensive Africa Agriculture Development Programme (CAADP), our ‘Zero Hunger Challenge’ supports the AU and its Members to engage in multi-sectoral planning, coordinated implementation, monitoring and evaluation. The initiative adds value to ongoing works by mobilizing political commitment for a sharper programmatic and investment focus on food security and nutrition, facilitating stronger partnerships and inter-sectoral coordination, and strengthening governance and accountability mechanisms needed to achieve tangible impact.

Make a commitment to Zero Hunger

As part of this commitment, we ask individuals and companies to:
• Align their corporate policies and strategies with the five elements of the Zero Hunger Challenge
• Take actions that will have a positive, demonstrable and quantifiable impact on at least one of the five elements
• Communicate publicly on commitment, actions and outcomes. 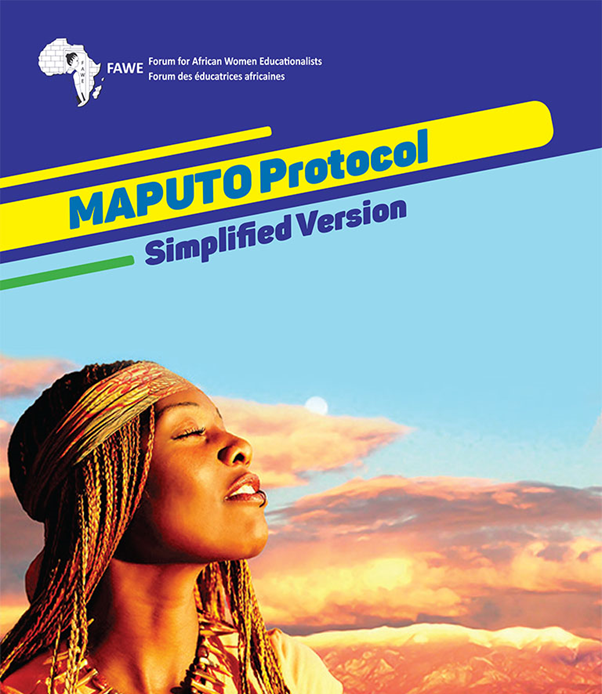 Everyone stands to benefit from greater equality for women. Everyone. We invite you to adopt the AU Watch’s ‘Maputo Empowerment Principles’ – joining thousands of activists around Africa who are doing so.

What is the Maputo Protocol? The Maputo Protocol is a binding legal framework that holds African governments to account for the continued gross violation of the rights of women and girls in Africa. They set a 2020 deadline within which all African nations must have signed and ratified it.

Despite the protocol’s adoption, the violation of women’s rights is still widespread across the continent. The list is long. But some of the more egregious acts include violence against women, child marriage, gender-based discrimination and exploitative widow rites. The reasons for these range from culture, to tradition, ignorance, lack of education and patriarchy. The end result is that violence against women is connected to women’s poverty and lack of education, healthcare, housing, and access to land in Africa.

We are calling on businesses and organisations to endorse AU Watch’s Maputo Empowerment Principles.

• Principle 1: Supporting the local, national, regional and continental initiatives directed at eradicating all forms of discrimination against women;
• Principle 2: Treat all women and men fairly at work – respect and support human rights and non-discrimination;
• Principle 3: Promote education, training and professional development for women;
• Principle 4: Provide adequate, affordable and accessible health services, including information, education and communication programmes to women especially those in rural areas;
• States Parties to combat all forms of discrimination against women through appropriate legislative, institutional and other measures. In this regard they should: a) include in their national constitutions and other legislative instruments, if not already done, the principle of equality between women and men and ensure its effective application.

Shop with us and support women economic rights