International Day For The Eradication of Poverty

Theme: “Acting together to empower children, their families and communities to end poverty” 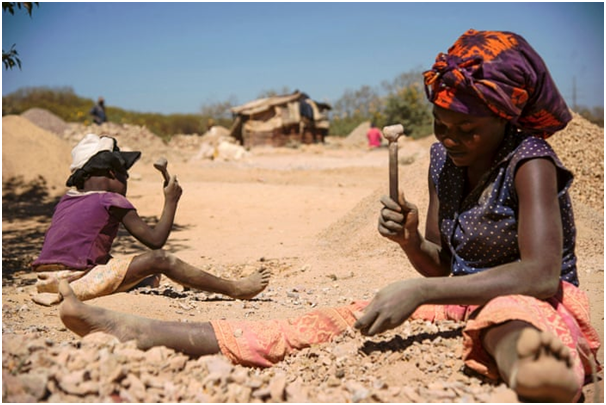 The observance of the International Day for the Eradication of Poverty can be traced back to 17 October 1987. On that day, over a hundred thousand people gathered at the Trocadéro in Paris, where the Universal Declaration of Human Rights was signed in 1948, to honor the victims of extreme poverty, violence and hunger. They proclaimed that poverty is a violation of human rights and affirmed the need to come together to ensure that these rights are respected. These convictions are inscribed in a commemorative stone unveiled on this day. Since then, people of all backgrounds, beliefs and social origins have gathered every year on October 17 to renew their commitment and show their solidarity with the poor. Replicas of the commemorative stone have been unveiled around the world and serve as a gathering place to celebrate the Day.

Through resolution 47/196 adopted on 22 December 1992, the General Assembly declared 17 October as the International Day for the Eradication of Poverty and invited all States to devote the Day to presenting and promoting, as appropriate in the national context, concrete activities with regard to the eradication of poverty and destitution. The resolution further invites intergovernmental and non-governmental organizations to assist States, at their request, in organizing national activities for the observance of the Day, and requests the Secretary-General to take, within existing resources, the measures necessary to ensure the success of the Day’s observance by the United Nations.

Did you know that wiping out hunger in Africa could cost just $5bn?Then what are we waiting for? Ripping off the bandage of food aid and investing in self-sufficiency is the only way to fight malnutrition

Billions are spent on humanitarian aid, yet nearly 60 million children across Africa go to bed hungry. Efforts to alleviate the constant cycle of droughts, poverty and war have caused new problems. The biggest of these is a crippling dependency on food aid that is undermining much of the continent’s efforts to feed itself. UN figures show that more than 250 million people in Africa – one in five – are undernourished, making them vulnerable to disease, deficiencies and developmental stunting that stops them reaching their full potential. It has to change.

This year marks also the 30th anniversary of the adoption of the Convention on the Rights of the Child (UNCRC) on 20 November 1989. This landmark human rights treaty sets out the civil, political, economic, social and cultural rights of every child, regardless of their race, religion or abilities.