Accountability from a human rights perspective: The incorporation and enforcement of the right to education in the domestic legal order

It has recently been suggested that the age of human rights is over. The West, itself often not respecting human rights, is said to have abused the concept as a tool to retain control over the developing world. Human rights have remained a foreign construct in Africa, the Near East, and Asia. They have “underperformed,” and the level of privation in many parts of the world is more intense than ever. This Article acknowledges elements of truth in these observations, but argues that the battle for human rights is not lost.
Year of publication: 2018

A crisis of design and judicial practice? Curbing state disengagement from the African Court on Human and Peoples’ Rights 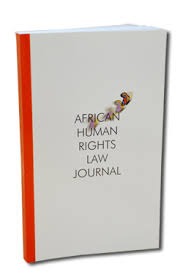 In the space of four years, between 2016 and 2020, four of the ten states that had recognised the jurisdiction of the African Court on Human and Peoples’ Rights to receive cases directly from individuals and NGOs withdrew their declarations made under article 34(6) of the Court Protocol. While this form of contestation is not unprecedented in the history of states’ behaviour towards international courts, this article argues that the disengagement from the African Court’s jurisdiction involves peculiarities that specifically relate to the Court’s system design and its practice. The main contention in the article is that the declarationbased adherence to the African Court’s jurisdiction is in crisis due to a costbenefit imbalance. The article argues that although all four withdrawals resulted from decisions of the Court on important and contentious domestic socio-political issues, systemic features such as the lack of appeal, an overly restrictive review mechanism and the weak functioning of institutional shields contributed significantly to the withdrawal. The article also investigates administration of justice and judicial law making by the Court as factors that contributed to states’ distrust, before proposing options to curb the crisis and regain state adherence

Jurisdictional Fiction? A Dialectal Scrutiny of the  Appelate Competence of the African Court on Human and Peoples’ Rights. 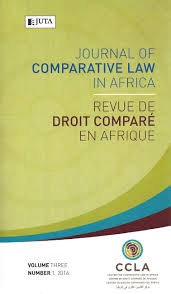 Abstract
It is established case-law of the African Court on Human and Peoples’ Rights that it does not assume appellate jurisdiction over national courts. In several decisions rendered since its inception, the Court has consistently held that, when it examines cases of alleged violations of rights, it merely acts as an international court of first and final instance in vetting the conformity of domestic law and the conduct of municipal organs with international law to which the state concerned is a party. An overview of its jurisprudence however reveals a consistent challenge to the Court’s jurisdiction over cases that Respondent States argue had or should have been settled by domestic courts. The objections raised in related cases have led to a confrontational interaction between the Court and the states involved. On an increasing number of occasions, the ‘interaction crisis’ resulted in a political challenge to the very mandate of the Court and withdrawals or threats to retract from acceptance to its jurisdiction over sovereignty of the state and the integrity of domestic courts. Considering their submissions in respect of this issue, objections raised by Respondent States are genuine and therefore require principled reflections that the limited scope of the Court’s reasoning in individual cases or responses from its Registry do not and have not so far provided. In any event, the dialogue appears to have stalled as one of misunderstanding on the part of states and dilemmas for the Court. In this paper, I attempt to take up Sextus Empiricus’ role in assessing the veracity of both answers to the question whether the African Court exercises an appellate jurisdiction over courts of the Respondent States.

The Making and Remaking of National Constitutions in African Regional Courts 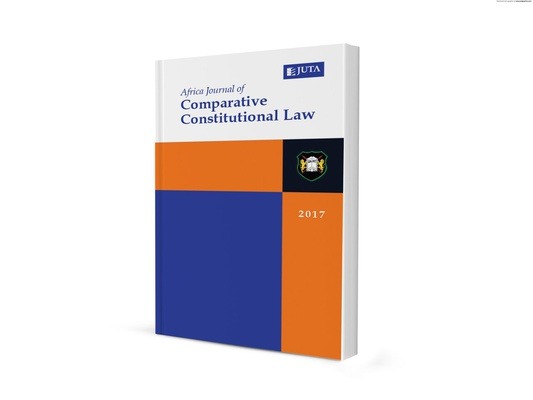 Abstract
In the two decades that followed the entry into force of the African Charter onnHuman and Peoples’ Rights in 1986, the Organisation of the African
Unity—now African Union—and Regional Economic Communities adopted numerous treaties with the primary aim of achieving political and economic integration or fostering human rights. In that context, the stated intergovernmental organisations adopted conventions specifically devoted to attaining common regional standards on democracy, good governance and elections. Considered separately or jointly, the norms thereby developed have set the stage for the regionalisation of principles that traditionally belong to domestic constitutions, such as supremacy of the constitution, rule of law, separation of powers, independence of the judiciary, democracy and the protection of fundamental rights. A close examination reveals that the increased activity of the regional judicial institutions entrusted with the interpretation and application of these norms is generating a growing body of jurisprudence, which has the potential of shaping domestic constitutional law and practice. This article interrogates whether, and the extent to which, African regional courts are (re)making constitutions in the region.