With so many changes in the world order, governments across the region are not only shrinking the space for civic activism, but also des­troying the backbone of democracy and inclusive development through use of social media and the de-legitimization of the press / media – the ‘fake news’ syndrome. And they are becoming very good at it. While the Internet has certainly opened new avenues for civic participation in political processes in Africa — inspiring hopes of a democratic reinvigoration, divisive social media campaigns have heightened ethnic tensions, revived nationalistic movements, intensified political conflicts, and even resulted in electoral and political crises, while simultaneously weakening public trust in democratic institutions, and electoral outcomes.

This growing and worrying phenomenon – the manipulation of public opinion over social media platforms has emerged as a critical threat to public life, human rights and democracy as a range of African governments are exploiting social media platforms to spread junk news and disinformation, exercise censorship and control, and undermine trust in civil society organisations. This comes at a time when news consumption is increasingly digital, artificial intelligence, big data analytics, and “black-box” algorithms are being leveraged to challenge truth and trust: the cornerstones of open and democratic societies.

Lack of adherence to the rule of law, infringements on the freedoms of expression and association, widespread corruption, and discrimination against women and the LGBT community remain serious problems in many countries. Across the continent, AU Watch works to strengthen elections and civic mobilization, good governance, defense of human rights, rule of law, and independent media. 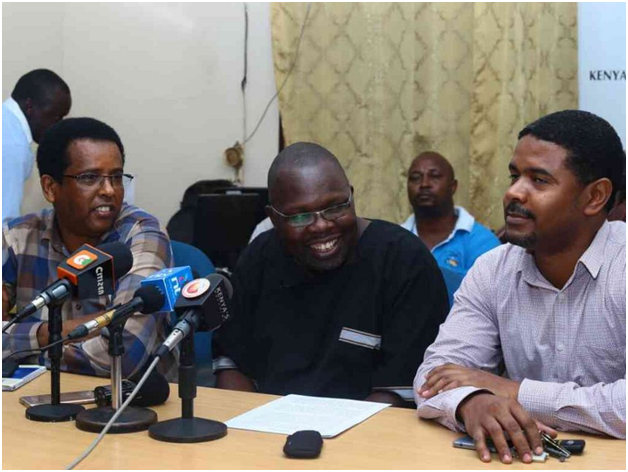 The AU’s judicial and human rights bodies have been under the spotlight for a long time, given the culture of violations and impunity that is on the continent. Their track record has not been particularly impressive. The Unit works with the Human Rights and Judicial Directorate to monitor the AU’s judicial and human rights organs and programs. We are known for our comprehensive, detailed investigations, non-compromising litigations, penetrating and well-timed reporting, ground-breaking and prominent advocacy campaigns, and success in changing the human rights-related policies and practices of the AU, its members and international institutions. We provide tools and strategies to people, organizations and States Parties to promote and defend human rights. We support individuals, organizations, networks, and communities and work to help societies in transition address legacies of massive human rights violations and build civic trust in state institutions as protectors of human rights.

For More information about the Unit, please click here.