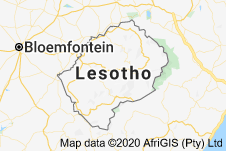 Lesotho is a small, mountainous, and landlocked country, surrounded by its much larger neighbor, South Africa. It has a population of about two million, and a per capita gross domestic product (GDP) of $1,222.

Lesotho is classified as a lower-middle-income country. It is mostly highlands, with its lowest point 1,400 meters above sea level. Previously a British protectorate, the nation gained its independence in October 1966. Lesotho is a constitutional monarchy, ruled by a King as Head of State, and governed by a 33-member Senate and a 120-member National Assembly. Lesotho held elections in June 2017 for the third time in a period of five years. This led to the formation of a four-party, coalition government, led by Prime Minister Thomas Thabane.

Over the past four years, Lesotho’s economy has been negatively affected by political instability and a prolonged period of slow growth in South Africa, which has led to falling Southern Africa Customs Union (SACU) revenue and liquidity challenges. Between 2015 to 2018 economic growth averaged 1.4%. Real gross domestic product (GDP) is projected to grow by 2.6% in 2019 and is projected to average 1.5% in the next two years.

Economic growth will be boosted by an increase in construction associated with the second phase of the Lesotho Highlands Water Project, a second compact from the Millennium Challenge Corporation and diamond mining. The fiscal deficit is projected to narrow in FY2019/20 due to increased tax collection and the reduction of expenditure. Unemployment remains high at 24 to 28%, coupled with high inequality and poverty. The economic growth Lesotho experienced since the early 2000s has resulted in poverty reduction. Between 2002 and 2017, the national poverty rate declined only modestly, from 56.6% to 49.7%. Over the same period, food poverty declined from 34.1 to 24.1% while the poverty gap declined from 29% to 21.9%. This occurred because consumption growth between 2002 and 2017 was inclusive for the poorest segments of the population, leading to a reduction in the Gini coefficient of nearly seven points. Although Lesotho is now more equal than its neighbors, with a Gini coefficient of 44.6, it remains one of the 20 % most unequal countries in the world. 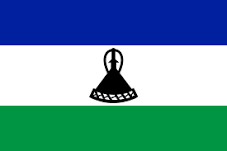 The country finds itself at a crossroads needing new engines for growth, a more streamlined role for the state, and a dynamic private sector to help it seize opportunities in regional and global markets. Lesotho has made important progress in improving its Doing Business indicators, especially in terms of streamlining business and property registration processes that hinder the growth of local businesses as well as foreign direct investment (FDI). However, more progress is needed to improve the business environment and achieve the country’s development goals. The decline in Southern African Customs Union (SACU) revenues continues to pose a challenge to the country’s fiscal outlook: SACU revenues fell from 30% of GDP in FY2012/13 to an estimated 17.7% of GDP in FY2017/18 and are projected to decline further to 15.2% of GDP in FY2019/20.

The FY2019/20 budget proposes fiscal consolidation. However, the measures are unlikely to fully address the current fiscal challenges. Proposals are made to cut recurrent expenditure and increase domestic revenue. Stronger fiscal consolidation efforts would entail rationalizing the wage bill. Such consolidation, in addition to structural reforms, financial reforms, and the reconciliation of fiscal and financing data could open the way for broader support from development partners. The support would help the government to cushion reserves, which have severely fallen with lower SACU revenue.

Lesotho’s greatest health challenge remains its high HIV/AIDS prevalence and tuberculosis (TB) co-epidemic. The HIV prevalence rate in Lesotho is 25% in the adult population (15-49 years), the second-highest in the world. The incidence of TB stands at 724 cases per 100,000, according to the 2017 Global TB report, the second-highest globally. While high health costs contribute to the narrowing of the fiscal space, high HIV/AIDS and TB rates contribute to persistently high inequality and poverty.

What are the current and ongoing human rights issues in Lesotho?