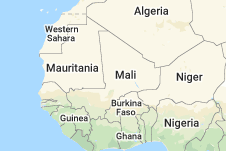 Mali is a vast, semi-arid, landlocked country in the Sahelian belt. It is a low-income country with an undiversified economy that is vulnerable to raw material price fluctuations.  High population growth rates (with a fertility rate of six children per woman in 2017) and climate change pose major risks for the country’s agriculture sector and food security.

Mali has been experiencing instability and conflict since the military coup of 2012 and the occupation of the northern regions by armed groups. These events were followed by the deployment of French-led military forces in January 2013, which handed over to the United Nations Multidimensional Integrated Stabilization Mission in Mali (MINUSMA) in July 2014.

President Ibrahim Boubacar Keïta, first elected in 2013, was re-elected for a second term in August 2018. Parliamentary elections scheduled for the fall of 2018 were postponed until the first half of 2019, and members’ terms of office scheduled to end on December 31, 2018, were extended for six months by the Constitutional Court.

Peace negotiations between the government and two rebel coalitions, the “Platform” and the “Coordination,” concluded with the signing of agreements in May and June 2015. This agreement provides an impetus for greater decentralization, creating a special development zone for Mali’s northern regions and setting up several projects, including a program of accelerated development in the north (Programme de développement accéléré du Nord) and an emergency program for the revival of development in the northern regions (Programme d’urgence pour la relance du développement des régions du Nord). However, implementation of the peace agreement has encountered difficulties. Security, which is critical for economic recovery and poverty reduction, remains fragile in the face of continued attacks by armed groups on UN peacekeepers, the Malian army, and civilians, mainly in the north and central regions.

To address these security challenges, Mali, along with Burkina Faso, Chad, Mauritania, and Niger, created the G5 Sahel in 2014.

In July 2017, the Sahel Alliance was established by the EU, France, Germany, UNDP, the African Development Bank, and the World Bank to help stabilize the region and accelerate the development of the G5 Sahel countries. Spain, Italy, the United Kingdom, and Luxembourg have since joined the Alliance, the aim of which is to provide financial support and coordinate the development and stabilization efforts of the G5 Sahel countries. 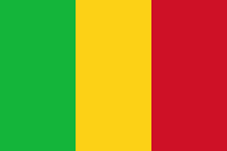 Mali ranks 182 out of 188 countries on the United Nations Human Development Index. Fueled by drought and war, poverty is much lower in urban areas, with 90% of all poor living in rural areas, and concentrated in the south, where population density is highest.

After rising between 2011 and 2013 as a result of the security crisis, the extreme poverty rate dipped slightly from 43.4% in 2017 to an estimated 41.3% in 2019 on the strength of exceptional agricultural production over these three previous years.

What are the current and ongoing human rights issues in Mali?