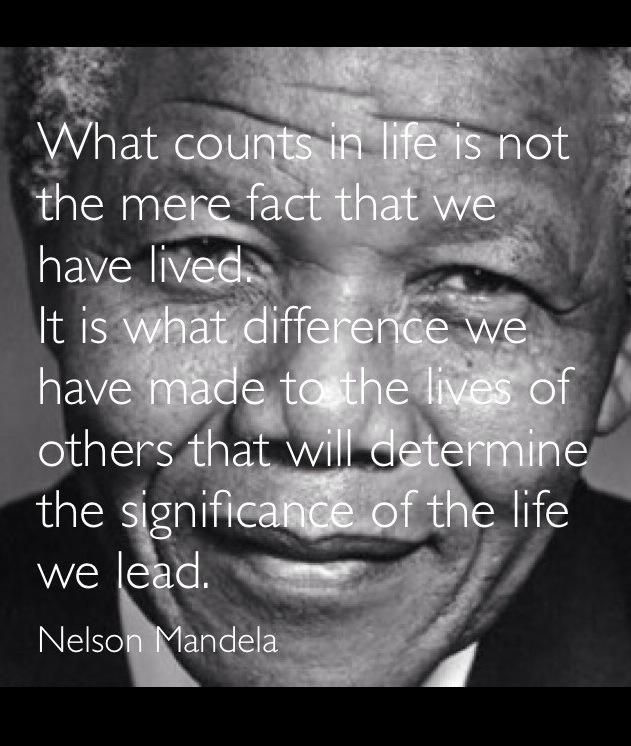 Inspired by the vision of Africa’s leading icon and statesman, Nelson Rolihlahla Mandela, AU Watch’s Leadership Academy, in collaboration with BusinessWorld Africa, provides rising young African leaders, stateswomen and men between the ages of 18-30 years with training opportunities in leadership, ethics, and regional policies. Based on Mandela’s ideals of sharing, tolerance, democracy and good governance, (including a free press) humility, diligence, and forward thinking, AU Watch aims to empower young Africans, wherever they are, to make positive contributions to their communities and the world at large.

WHY A NEED FOR A LEADERSHIP ACADEMY IN AFRICA?

This leadership’s failure to identify with the society they purport to rule has also provoked citizens to disengage from constructive debate, forcing them to pursue individual or ethno-identity interests that have become the breeding grounds for conflicts, corruption and underdevelopment in Africa. (Reproduced with permission from Newsday)

The question of leadership has acquired centre stage in many of the writings about Africa’s development challenges, and rightly so despite recent record growth rates. Such challenges as dependency, corruption, underdeveloped infrastructure and production sectors, and leadership and governance are some of the impediments to Africa’s quest for sustainable and equitable development. Explaining such development challenges has continued to elude scholars. To the radical leftist scholars, Africa’s underdevelopment can adequately be explained by its forceful and uneven integration into the global economic system.

However, with over fifty years of independence, the debate is increasingly focusing on Africa’s leadership as good explanation for its poverty and underdevelopment. Many writers that have been over banging the gavel of slavery and (neo) colonialism are now forced to admit the uncomfortable truth, that whilst, the triple evils of slavery, colonialism and neo-colonialism continues to have deleterious effects on Africa, we Africans are now the authors of our own misfortune due to poor or even bad leadership. AU watch is of the view that the current poverty and underdevelopment of Africa have much to do with enabling conditions created by African leaders.

The Telegraph of 14 May 2002, summed it up well. In Africa, political mismanagement, corruption and disregard by the authorities for the bulk of the people have prevailed, indeed flourished, in the half century that has followed the first withdrawal of colonial rulers. What African leaders … have created in their countries are conditions that are distinctly unfavourable for the development of people’s abilities, motivations and political institutions. They have ruled their countries like medieval fiefdoms, looting their faltering economies and through shocking mismanagement creating hardships and famines for people who do not get the opportunity to vote them out.

The catastrophe of bad leadership has created the impression that the African is incapable of finding African solutions to the problems affecting the continent, and this is not exactly a product of colonialism or neo-colonialism. The Nelson Mandela Leadership Academy’s multidisciplinary programming helps aspiring interns and young professionals take their leadership capabilities and AU policy knowledge to the next level. Nelson Mandela Leadership Academy’s goal is to foster growth and collaboration within all AU Member States and institutions of higher learning as well as to help prepare employees for challenges and opportunities in their future careers.

WHAT DO WE DO?

We stage an annual Summit where the most valuable young talent from the region – schools, companies, NGOs, universities and other forward-thinking organisations are joined by world leaders, acting as Counsellors. At the Summit, delegates debate, formulate and share innovative solutions for the pressing issues the world faces.

The Academy also focuses on building Soft skills and leadership skills. Most of the time our ability to do more is restricted due to lack of soft skills even though we are the best when it comes to technical competency. With competition getting stronger day by day the need for softskills is being felt by everyone in the continent.

After each Summit, the delegates, who are then known as Mandela Ambassadors, work on their own initiatives or lend the power of the Nelson Mandela network to those initiatives already in existence. Of those in employment, many return to their companies and set about creating change from within, energising their corporate environment.