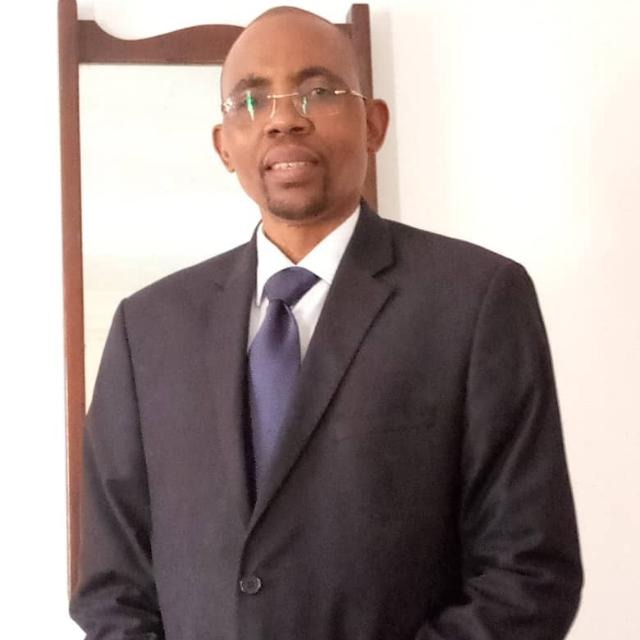 Dieu-Donne WediDjambais Director and Head of AU Watch’s Judicial and Human Rights Program. Mr.Wedi is currently a Doctoral Law Candidate at the University of Pretoria, South Africa. He holds a Masters’ Degree of Laws, Human Rights and Democratisation in Africa from the University of Pretoria, South Africa. Mr.Wedi holds an Honors in Law (LLB. Hon) from the University of Lubumbashi, DRC; a Diploma in Transitional Justice from the International Center for Transitional Justice (ICTJ) and the Institute for Justice and Reconciliation (IJR) in Cape Town, South Africa; and several advanced certificates in human rights from the Centre for Human Rights, University of Pretoria in South Africa.
Mr. Wedi has wide-ranging, proven expertise in human rights and rule of law both at the national and continental levels over the past twenty years. He has anexceptionally strong expertise in the African Human Rights System through his academic background and his work with AU human rights organs, namely the African Commission on Human and Peoples’ Rights (African Commission) and African Court on Human and Peoples’ Rights (African Court) and the Department of Political Affairs at the AU Head Quarters.
Through advocacy, lobbying, sensitization, capacity building and other outreach activities, he has further interacted with AUMember States across Africa at the level of government’s officials, ministers, members of parliament, judiciary bodies, representativesof the African Union and national human rights institutions.
Mr. Wedi’s human rights experience is breathtaking. He has heldmanagerial and executive positions in a number of organizations, including being Chairperson of the Initiative for Human Rights Defenders in Kinshasa; Executive Secretary of the Coalition for an Effective African Court on Human and Peoples’ Rights (African Court Coalition) in Arusha, Tanzania; Executive Director of the Congolese Law Clinic for Justice and Reconciliation in Lubumbashi,and as the Director of Publication at the League for the Safeguard of the Rights of Consumers in Lubumbashi, DRC.
Mr. Wedi has worked with the African Commission as the Technical Assistant to the Special Rapporteur on Human Rights Defenders in Africa in Banjul, The Gambia and as a Consultant. His work at the African Court Coalition allowed him to work closely with the Africa Court.
Mr. Wedi is an Attorney at Laws at Lubumbashi Bar Association in Lubumbashi, DRC; a Legal Counsel at the African Court in Arusha, Tanzania and human rights and transitional justice researcher with several articles.
Mr.Dieu-Donne WediDjambais fluent in both English and French. 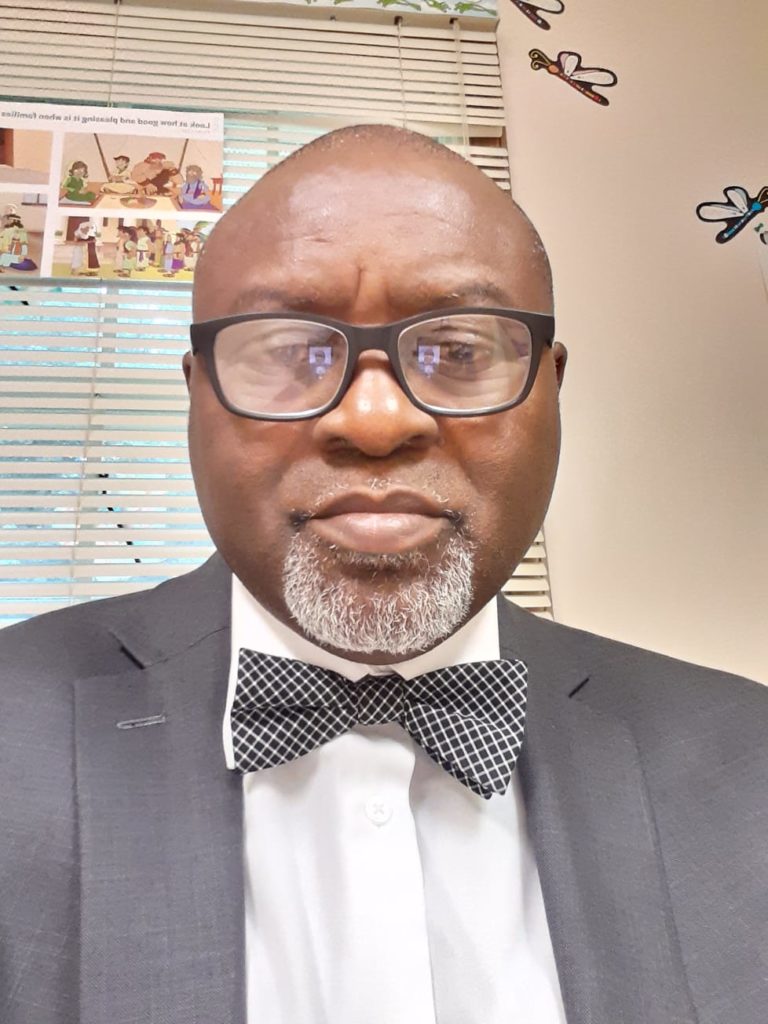 Harmony Bobga-Mbuton (Esq.) was born in Southern Cameroons on June 28, 1958. He is a longstanding Advocate and Crusader for the actualization of the right to self-determination for the people of Southern Cameroons for the last 30 years. The history of his engagement in the struggle dates back to 1981 when he began his undergraduate Law Studies at the University of Calabar in Nigeria.

Harmony navigated through primary Schools from Diche in Widikum through Njenka in Bali Nyonga, then Council School Victoria in Fako Division, Presbyterian Boys School Kumba Town, closing with Presbyterian (Mixed) School Kumba Town. His secondary education was in St. Joseph’s College in Sasse, Buea after which he attended Cameroon College of Arts Science and Technology (CCAST) Bambili between 1977 and 1979.

Harmony taught briefly at his Alma Marta before moving to Port Harcourt Nigeria where he worked with OMUNA Construction Company between 1980/1981. He enrolled for his undergraduate studies in September of 1981 at the University of Calabar, Calabar, Nigeria, where he earned his LL.B. (Hons), in 1985.

Harmony also did Postgraduate studies at the Universities of Yaoundé in Cameroon, and Nottingham in the United Kingdom where I respectively earned the Postgraduate Diploma in Law, and Master of Laws. He did his Legal Practice Professional Training at the Nigerian Law School in Lagos, Nigeria, between 1985-1986 and got called to the Nigerian Bar in December 1986.

Harmony returned to Cameroon in 1987 and packaged my discreet agenda for contributing to the liberation of Southern Cameroons by embracing Human Rights Advocacy alongside my Private Legal Practice. This saw the birth and management of two outfits: the Abalu-Bobga & Co. Law Firm, and the Human Rights Clinic and Education Center, based in Bamenda. I also acted as an Adjunct Senior Lecturer at the University of Dschang, in CameroUn, and at the Pioneer Private University in Southern Cameroons i.e. The Bamenda University of Science and Technology (BUST) for 3years. Harmony interlaced almost every year of his 32 years Lawyering Career with continuing education in Africa, Europe and the United States of America.

He ran the two organizations which he set up in Cameroon from 1987 and 1989, until I was forced to exit Cameroon to save my life after initiating, with my Colleagues, the Cameroon Common Law Lawyers’ Movement that is primarily responsible for igniting the current corrective political revolution for restoration of Southern Cameroons. It was the advocacy of Common Law Lawyers, with Harmony playing a key Leadership role, that put forth the legal question regarding the absence of an ACT OF UNION between the Former United Nation-French Trust Territory that somewhat earned independence on January 1, 1960 to become “La République du CameroUn”, and The United Nations-British Trust Territory of Southern Cameroons, which after 56 years is today illegally subjugated to “La République du CameroUn”.

Harmony Bobga-Mbuton (Esq.)  favors debate over the issues confronting the two peoples of the Cameroons, based on constitutional and international laws of civilized nations. He also insists on the non-violent option as the most viable first optional approach to sustainably resolving the political conflicts confronting the separate Nation-States of “La République du CameroUn”, and Southern Cameroons now turned Ambazonia.

Harmony is widely travelled across Africa, Europe, and North America and maintains a strong Panafricanist desposition underlain by mutual recognition and respect as a point of take-off for rescuing the African peoples from the lingering ghost of colonialism. 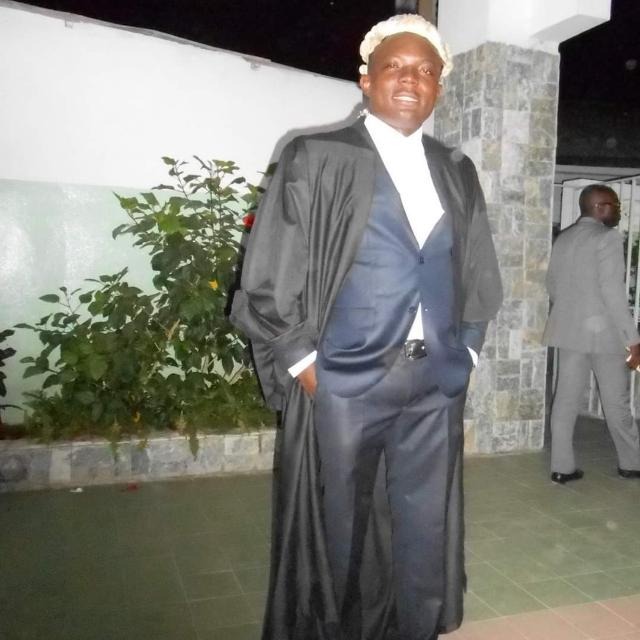