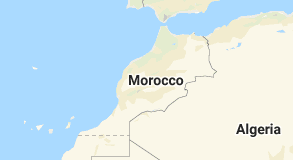 Since its appointment in April 2017, Morocco’s government coalition led by the Justice and Development Party (PJD) has rolled out the pro-poor reforms initiated under the previous government, focusing mainly on social protection programs, job creation, and reducing economic disparities across the country.

The government is currently working to develop a new model of economic development for the country, based on enhanced education and vocational training programs, and bolder policies to boost job creation and promote inclusive growth through a modernized social protection system.

However, the 6-party government coalition is gradually showing signs of a lack of cohesion ahead of critical 2021 legislative elections. Recurrent social crises, such as the recent teachers’ strike movement, have pressure on the government to ensure proper social services and promote equitable development.

After royal intervention, a new government was announced on October 9, 2019, in which the number of ministers was reduced from 38 to 24.

On the economic front, growth has slowed down below its potential, constrained by a volatile, rainfed, agricultural sector and slow growth in the tertiary sector. Real GDP slowed to 2.7 percent in 2019, while non-agricultural growth improved by 3.4 percent (compared to 3 percent in 2018), driven by the better performance of phosphates, chemicals, and textiles. Thanks to sound monetary policy and ample supplies of fresh food, inflation has remained low, under 0.6 percent. The unemployment rate declined slightly to 9.3 percent in Q1-2019 (from 9.8 percent in Q1-2018), underlined by a protracted fall in the labor force participation, which dropped to 46.1 percent.

Given spending pressures and weaker revenue growth, the fiscal deficit did not decline as expected and stalled at 3.6 percent of GDP in 2019 (against 3.7 percent of GDP in 2018), impacted by higher wage bill and subsidies. The wage bill increased due to the rolling out of the social dialogue agreement adopted in April 2019, while rising subsidies reflect the higher consumption of Liquid Petroleum Gas (LPG). A national Tax Conference was organized in May 2019 to generate consensus around an overhaul the tax system: the next step on tax reform is the approval of the multiannual programming framework law, which will bring together relevant recommendations from the Tax Conference and serve as a reference for the next budget laws.

Morocco’s external position, while sustainable, has some vulnerabilities stemming from structural trade deficits driven by the weak competitiveness of exports and dependence on energy imports. The country’s current account balance dropped to about 4.3 percent of GDP in 2019 compared to 5.5 percent of GDP in 2018, helped by declining import prices, especially of energy, as well as a decline in the import of intermediate and consumer goods.

Over the medium term, growth is projected to pick up gradually, mainly driven by more dynamic secondary and tertiary activities, bolstered by high foreign investments. In particular, significant FDIs continue to flow into automotive industries, especially the new Peugeot plant that will eventually double the sector’s production capacity, as well as into logistics and trade services following the expansion of the Tangiers port. The medium-term outlook assumes sustained reforms, including those designed to maintain fiscal restraint, strengthen tax revenues, improve the governance and oversight of state-owned enterprises, enhance exchange rate flexibility, and reform the business environment and labor markets.

In the fiscal area, subsidy policies will continue, especially for LPG consumption. A hedging system will be put in place to protect the budget against any surge in oil prices. In order to control the wage bill, the government intends to rationalize the creation of new public positions by opting for human resources redeployments at sectoral and territorial levels. Consequently, the fiscal deficit is forecast to slightly improve, averaging 3.5 percent of GDP over 2020–2021. The current account balance is expected to gradually improve over the forecast period due to the growth of manufacturing exports – especially automobiles, electronics, and chemicals – and rising tourism receipts, supported by a price easing of the main imported commodities and goods. 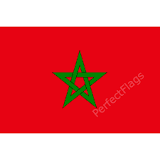 What are the current and ongoing human rights issues in Morocco?