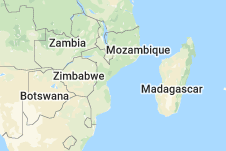 About 66% of its population of 28 million (2017) live and work in rural areas. It is endowed with ample arable land, water, energy, as well as mineral resources and newly discovered natural gas offshore; three, deep seaports; and a relatively large potential pool of labor. It is also strategically located; four of the six countries it borders are landlocked, and hence dependent on Mozambique as a conduit to global markets. Mozambique’s strong ties to the region’s economic engine, South Africa, underscore the importance of its economic, political, and social development to the stability and growth of Southern Africa as a whole

The Front for the Liberation of Mozambique (Frelimo) and the Mozambican National Resistance (Renamo) remain the country’s main political forces, followed by the Mozambique Democratic Movement (MDM). Renamo has maintained a considerable arsenal and military bases after the peace accord of 1992, and ever since the end of the civil war, the country has registered flare-ups of armed confrontations and violence. In the past few years, peace talks resumed with direct involvement of the president of the republic, culminating with a new peace accord (August 2019). The new peace deal aims to achieve greater pacification of the country by integrating Renamo residual fighters into the national army. It foresees a definitive disarmament and dismantling of Renamo military bases splattered around the country. Few weeks into its implementation, a series of well-documented events denote deep-seated divisions amongst Renamo’s military wing and its leadership over the terms of the peace accord, which prefigures a rather tumultuous implementation ahead.

Meanwhile, the government is grappling with a new low-level so-called Islamic insurgency in parts of the gas-rich province of Cabo-Delgado. Initially circumscribed to one locality, the indiscriminate killing of civilians perpetrated by the insurgents has now spread to other localities in the province. The risk that violence can spread to other areas of the country should not be underestimated.

Presidential, legislative, and provincial elections are scheduled for October 15, 2019. For the first time, provincial governors will be elected, effectively ending their appointment by executive decrees. While Frelimo is expected to secure victory overall, opposition parties are expected to make strong showing, especially in provincial and legislative elections. Last year’s municipal elections (2018) confirmed ruling Frelimo dominance, but Renamo gained ground, winning eight municipalities out of 58 country wide, the most it has ever held. 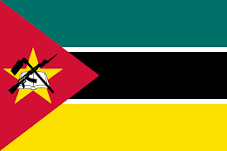 While economic conditions have improved, Mozambique remains on a subdued growth trajectory following the 2015 commodity price shock and 2016 hidden loans crisis. The devastating impact of tropical cyclones Idai and Kenneth on agricultural production and falling commodity prices, motivates muted growth prospects for 2019. Real gross domestic product (GDP) growth is estimated to reach 2%, below the average of 3.7% experienced between 2016 and 2018, and the lowest growth recorded since 2000 when Mozambique experienced devastating floods in the south of the country.

Economic growth will recover towards 4.3% by 2021 as rehabilitation efforts and continued easing in interest rates provide additional stimulus to the economy, although large-scale investments in gas production could push this further.

Mozambique remains in debt distress. Progress has been made in debt restructuring, but the outlook remains unknown. Mozambique has yet to conclude its renegotiation on its defaulted debt and is accumulating arrears to private creditors. The government reached an agreement in principle with 60% of the Eurobond holders but final closure is still pending and may take time due given legal action taking place and public appeals for the cancelation of this debt following the revelation of illegalities surrounding the borrowing process.

The country’s main challenges include maintaining the macroeconomic stability considering exposure to commodity price fluctuations and upcoming general elections, and reestablishing confidence through improved economic governance and increased transparency, including the transparent handling of the hidden debt investigation. Moreover, structural reforms are needed in support of the currently struggling private sector.

Another major challenge for the economy is to diversify away from the current focus on capital-intensive projects and low-productivity subsistence agriculture toward a more diverse and competitive economy, all the while strengthening the key drivers of inclusion, such as improved quality education and health service delivery, which could in turn improve social indicators.

What are the current and ongoing human rights issues in Mozambique?