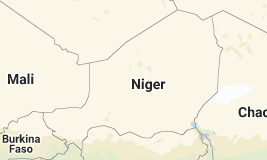 Niger is a vast, Sub-Saharan country, located in the heart of the Sahel region, with an estimated population of 22.4 million (2018). The Nigerien economy is not well diversified and depends primarily on agriculture, which represents 40% of its gross domestic product (GDP).

The current president, Mahamadou Issoufou, was reelected to a second term in 2016. The next presidential and legislative elections will be held in 2021, preceded by municipal and regional elections.

Security conditions have deteriorated in recent years, particularly in the areas bordering Nigeria, Burkina Faso, and Mali, where armed groups have established bases and carry out repeated attacks against the security forces and civilians. To date, the government has declared a state of emergency in the Diffa, Tahoua, and Tillabéri regions.

Niger is a member of the G5 Sahel, which also includes Burkina Faso, Mali, Mauritania, and Chad.

In June 2017, France, Germany, the European Union, the World Bank, the African Development Bank, and the United Nations Development Programme launched the Sahel Alliance to help respond to the challenges faced by the G5 Sahel member countries. Since then, Italy, Spain, the United Kingdom, Luxembourg, Denmark, and the Netherlands have joined the Alliance.

Economic growth increased from 4.9% to 6.5% between 2017 and 2018, surpassing the estimated potential growth rate of 4.8%. This increase is due primarily to the sound performance of the agricultural sector and sustained activity in the construction and services sectors.
The external current account deficit (including grants) worsened, from 15.7% of GDP in 2017 to 18.2% in 2018, owing to significant infrastructure projects under way financed primarily by development partners, and to a lesser degree by foreign direct investment (FDI).
The fiscal deficit (including grants) fell from 5.7% of GDP in 2017 to 4.1% of GDP in 2018. This decline is explained by the sharp increase in total fiscal revenue, which largely offset the increase in expenditure. This fiscal deficit was financed by domestic or external concessional and regional loans. Public debt dropped slightly, from 54.4% of GDP in 2017 to 53.8% in 2018. 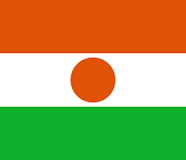 The outlook is positive, with growth projected to reach an average of 6% between 2019 and 2021, which is expected to reduce poverty by 1.5%. Major projects in the agriculture, energy, and services sectors, as well as the construction of a crude oil pipeline, will support this growth. Niger’s mid-term fiscal objective is to achieve and maintain the West African Economic and Monetary Union’s (WAEMU) convergence criterion, which sets a ceiling of 3% of GDP for the overall fiscal deficit. Downside risks include fluctuations in the prices of basic goods, climate shocks, and insecurity.

The African Continental Free Trade Area (AfCFTA) was launched in July 2019 on the occasion of the 12th African Union Extraordinary Summit of Heads of State and Government, which was held in Niamey. This agreement aims to promote trade across the continent and to attract more investors.

Over the past decade, Niger has made considerable progress in the area of poverty reduction. However, extreme poverty remains very high, at an estimated 41.5% in 2019, affecting more than 9 million people.

For a number of years, Niger has become a host country to populations fleeing conflict. It currently harbors 246,000 refugees and 186,000 displaced persons, primarily in Diffa and Tillabéri and more recently, in Maradi, which is further exacerbating the country’s fragility.

What are the current and ongoing human rights issues in Niger?