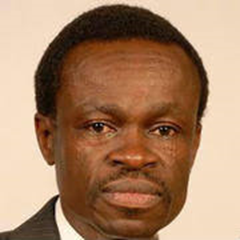 Prof. PLO Lumumba whose full name is Patrick Loch Otieno Lumumba was born on 17th July 1962 and raised in Usenge, a little village at the Lake Victoria KENYA. Named after an African hero of that time, Patrice Emery Lumumba, he was actually already predicted for great works and visions for Africa right from birth.

Prof. PLO Lumumba has attended several merit trainings including at the Afoul Wallenburg Institute at the University of Lund, in Sweden (Human Rights), Commonwealth Young Lawyers Course at the Institute of Advanced Legal Studies (University of London), International Committee of the Red Cross for University Teachers in Geneva (Humanitarian Law), The International Visitors Programmes in the United States of America among others.He was the Secretary of the Constitution of Kenya Review Commission and former Director of the defunct Kenya Anti-Corruption Commission (KACC): Now Ethics and Anti-Corruption Commission (EACC).

PLO Lumumba has lectured at the United States International University, Nairobi, the University of Nairobi, Widener University (USA) Nairobi Summer Programs. PLO Lumumba who was a Student Leader in his student days has also served in the Law Society of Kenya and has received recognition by the Law Society of Kenya and the International Commission of Jurists (Kenya Chapter) as a member in good standing.

Lumumba is a renowned legal practitioner recognized by peers as a leading litigator in Constitutional Law and Judicial Review Cases. Ha also has been recognized by the Kenya- USA Society as a Leader in the mould of Dr. Martin Luther King Jnr. With several thousand speeches on diverse subjects delivered in and outside Kenya, Lumumba is recognized as one of the leading public speakers in Kenya.

PLO Lumumba is also the founder of several organizations including the PLO Lumumba Foundation, a charitable organization that has been in operation since 1990. The Association of the Citizens Against Corruption (ACAC), Movement for Dialogue and Non- Violence (MODAN), The African Institute of Leaders and Leadership (AILL), a Trustee of Ufadhili Trust and a Director of Makini Schools.

Professor Patrick Loch Otieno Lumumba is among the most decorated if not the most decorated lawyers in Africa. PLO Lumumba quotes often leave the mind with a lot to ponder and judging by his fluency in both thought and speech, he is a mentor extra-ordinaire. Speeches by PLO Lumumba are both informative and thought-provoking. The Kenyan orator and lawyer is also known for addressing the issues most people are afraid to speak out about in public with ease and a lack of fear. Lumumba is never intimidated by politicians or corporations when he speaks about the rot in Kenya and Africa in general.

To contact P Lumumba, please email him at [email protected]