Research at “We Have Rights Too"

Research at “We Have Rights Too”

If international rights commitments are to have genuine impacts for individuals, action must be taken to ensure that duty bearers fulfil their responsibilities to protect and promote these rights, especially where women and girls are concerned. Research and rights monitoring of programmes and projects is essential for assessing the effectiveness of rights-based approaches or ensuring that other development interventions are compatible with the protection and promotion of rights. In order to monitor, promote and protect the human rights situation in a given context, and the effectiveness of any type of intervention, there is a need to formulate appropriate indicators which indicate the degree to which human rights are being upheld. Establishing indicators through research requires the gathering of adequate baseline data from which human rights-related progress can be measured.

Since the inception of AU Watch, research on women and girls have evolved and expanded significantly. AU Watch’s overall research at the ‘We Have Rights Too’ is organized into research groups or unit. Each research unit is cross-disciplinary. Together they fulfil AU Watch’s basic aim of studying the causes and consequences of gender issues in Africa.

AU Watch conducts research on a range of issues affecting women, including sexual violence research. We envision an Africa free of violence against women (VAW), violence against children (VAC), and other forms of violence stemming from inequality.
Researchers at AU Watch seek to understand the processes that makes violence possible. We explore how conflicts erupt and how they affect women and how they can be resolved; we investigate how different kinds of violence affect women and girls; and we examine how societies tackle crises against women – and the threat of crisis against women. We document general trends, seek to understand processes, and inform concrete responses.
AU Watch is committed to academic excellence. We aim to develop theoretical insights, refine research methodologies, and communicate our findings widely. We see this academic excellence as paramount to having a meaningful impact on society.
We are committed to increasing and strengthening action-oriented research and its uptake to improve the rights of women regionally.

As knowledge managers in the field, AU Watch gathers, develops, distils and disseminates knowledge for improving practice. We facilitate knowledge exchange and sharing by providing colleagues with a variety of digital and face to face communication platforms to network, learn, discuss, influence and develop innovations to strengthen prevention of and response for violence against women. 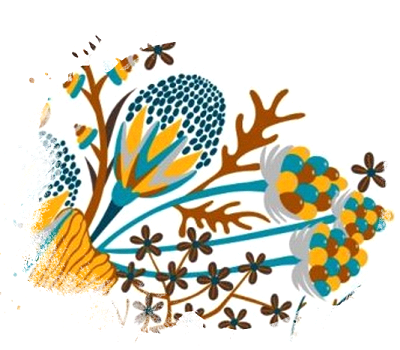 The following definitions have been taken directly from the document: Jansen, H. (2016). Violence Against Women Key Terminology – kNOwVAWdata. Bangkok: UNFPA Asia and the Pacific Regional Office.

“Gender-based violence (GBV), in its original meaning, is ‘violence that is directed against a woman because she is a woman, or violence that affects women disproportionately. It includes acts that inflict physical, mental or sexual harm or suffering, threats of such acts, coercion and other deprivations of liberty’. (…) ‘Gender-based violence, which impairs or nullifies the enjoyment by women of human rights and fundamental freedoms under general international law or under human rights conventions, is discrimination within the meaning of Article 1 of the Convention on the Elimination of All Forms of Discrimination Against Women.’ (General recommendations made by the Committee on the Elimination of Discrimination against Women, 1992).

It is important to note that the term is increasingly being used to include the notion that men and boys may also be victims of gender-based violence, especially sexual violence, as are those who step out of strict/ traditional gender roles, including LGBTI.”

“Violence Intimate Partner Violence (IPV) usually consists of a pattern of assaultive and coercive behaviours, including physical, sexual and psychological attacks, as well as economic coercion, by a current or former intimate partner. It can occur within heterosexual or same-sex relationships and does not require sexual relations. Garcia-Moreno et al (2005) define intimate partner violence as “behaviour in an intimate relationship that causes physical, sexual or psychological harm, including physical aggression, sexual coercion, and psychological abuse and controlling behaviours.” 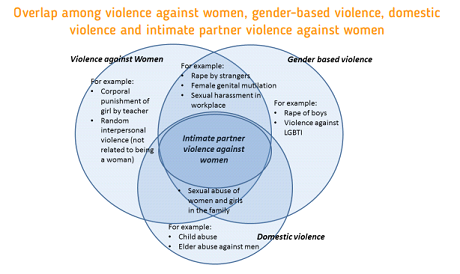 Sexual violence refers to any sexual act or attempt to obtain a sexual act, or unwanted sexual comments or acts to traffic, that are directed against a person’s sexuality using coercion by anyone, regardless of their relationship to the victim, in any setting, including at home and at work.
Rape is the term that is commonly used for the first type of sexual violence mentioned above (forced/coerced intercourse). Rape can be defined as non-consensual sexual penetration, however slight, of any part of the body of the victim with a sexual organ, or of the anal or genital opening of the victim with any object or any other part of the body. The invasion is committed by force, or by threat of force or coercion, such as that caused by fear of violence, duress, detention, psychological oppression or abuse of power, against such person or another person, or by taking advantage of a coercive environment, or committed against a person incapable of giving genuine consent.

Marital Rape: Sexual intercourse forced on a woman by her husband, knowingly against her will.

‘Psychological violence’ (often also referred to as ‘emotional violence’) refers to any act or omission that damages the self-esteem, identity, or development of the individual. It includes, but is not limited to, humiliation, threatening loss of custody of children, forced isolation from family or friends, threatening to harm the individual or someone they care about, repeated yelling or degradation, inducing fear through intimidating words or gestures, controlling behaviour, and the destruction of possessions.

‘Economic violence’ includes denying a woman access to and control over basic resources (UN General Assembly, 2006). It causes, or attempts to cause, an individual to become financially dependent on another person, by obstructing their access to or control over resources and/or independent economic activity. It includes acts such as the denial of funds, refusal to contribute financially, denial of food and basic needs, and controlling access to health care or employment.

Violence against Children and Adolescents

The following definitions have been taken directly from the document: World Health Organization. (2018). INSPIRE Handbook Action for implementing the seven strategies for ending violence against children. Geneva: WHO.

Following the United Nations Convention on the Rights of the Child (CRC), all individuals under 18 years are “children” in terms of legal status. “Child” means any person aged under 18 years, including child victims, witnesses, and perpetrators of violence. The INSPIRE technical package and INSPIRE Handbook refer to different types of violence against children from birth to age 18 years. Most violence against children involves at least one of six main types of interpersonal violence that tend to occur at different stages in a child’s development.

Involves physical, sexual and psychological/emotional violence; and neglect of infants, children and adolescents by parents, caregivers and other authority figures, most often in the home but also in settings such as schools and orphanages.

Unwanted aggressive behaviour by another child or group of children who are neither siblings nor in a romantic relationship with the victim. It involves repeated physical, psychological or social harm, and often takes place in schools and other settings where children gather, and online.

Concentrated among those aged 10–29 years, occurs most often in community settings between acquaintances and strangers, includes physical assault with weapons (such as guns and knives) or without weapons, and may involve gang violence. Intimate partner violence (or domestic violence or dating violence) involves violence by an intimate partner or ex-partner. Although males can also be victims, intimate partner violence disproportionately affects females. It commonly occurs against girls within child and early and /or forced marriages. Among romantically involved but unmarried adolescents it is sometimes called “dating violence”.

Includes non-consensual completed or attempted sexual contact; non-consensual acts of a sexual nature not involving contact (such as voyeurism or sexual harassment); acts of sexual trafficking committed against someone who is unable to consent or refuse, and online exploitation.

Includes restricting a child’s movements, denigration, ridicule, threats and intimidation, discrimination, rejection and other non-physical forms of hostile treatment. Witnessing violence can involve forcing a child to observe an act of violence, or the incidental witnessing of violence between two or more other persons.

Reproduced by kind permission from SVRI