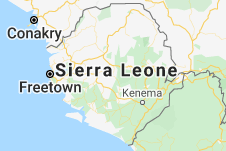 After slowing to 3.5% in 2018 from 3.8% in the previous year, economic growth in Sierra Leone is projected to rebound to 4.8% in 2019 driven by increased activities in agriculture and construction as well as the resumption of iron ore production and exports. Growth in these labor-intensive sectors could make a dent on poverty which remains widespread in the country (more than half of the population lives in poverty, according to the latest Sierra Leone Integrated Household Survey (SLIHS)). The SLIHS 2018 will inform in the next few months the evolution of poverty in the country since 2011. Agriculture will continue to drive the non-iron ore gross domestic product (GDP) growth, with the sector expected to grow by 4.2% in 2019, spurred by increased investments and expansion in the crops, livestock and fisheries sub-sectors. The growth in services is expected to slow due to weaker performance in tourism, transportation and communication.

The macroeconomic situation remained challenging during the first half of 2019 (2019H1) as inflationary pressure and exchange rate depreciation increased. Inflation, which moderated from 18.2 to 16.8% in 2018, increased to 17.2% in 2019H1 reflecting a sharp depreciation of exchange rate and elevated nonfood prices due mainly to the increase in fuel prices. The Leone came under intense pressure in 2019H1, depreciating by 4.8% and 6.5% (YoY) at the official and parallel markets, respectively, reflecting lower-than-expected export receipts and donor inflows as well as increased demand for foreign exchange to finance imports.

The fiscal deficit will continue to improve as the government strengthens its fiscal consolidation measures. The overall fiscal deficit will narrow from 5.7% of GDP to 3.4% due mainly to increased revenue mobilization and expenditure management. Total revenue is expected to increase from 14.9% of GDP to 15.7% in 2019 as the government continues to implement its medium-term revenue mobilization strategy, which includes automation of customs documentation and tax processes and improving the operations of the treasury single account. Tax revenues are therefore expected to increase to 14.0% of GDP from 13.7% in the previous year.

Total public debt is estimated to increase from 60.9% of GDP in 2018 to 62.3% of GDP in 2019, reflecting depreciation of the exchange rate as well as increased domestic debt on account of the conversion of stock of arrears into debt. The country remains at a “high risk” of debt distress for both external public debt and overall public debt. The current account deficit of the balance of payments is expected to narrow to 11.4% of GDP in 2019 helped by the slowdown in imports, which will more than offset the continued sluggish exports. Gross external reserves increased slightly to US$500m (3.4 months of import) in 2019H1 from $483m in 2018 (3.3 months of import). 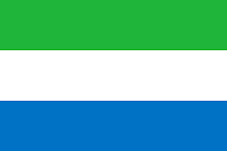 Sierra Leone held general elections on March 7, 2018 to elect a new President, Members of Parliament and Local Councils in the fourth cycle of elections since the civil war in 2002. The opposition Sierra Leone People’s Party (SLPP) candidate, Rtd. Brig. Julius Maada Bio won by 0.6 percentage points and for the first time a winning party failed to have majority in Parliament. The losing All People’s Congress (APC) had 68 seats (52%) and the SLPP had 49 seats (37%). Two new parties – the Coalition for Change (C4C) and the National Grand Coalition (NGC) – won eight and four seats respectively.

The government early this year launched three Commissions of Inquiry to probe into the governance activities of the past administration: 2007-2018. Persons of Interest include former president, vice presidents, ministers, deputies, and other civil and public servants. The Commissions are expected to conclude hearings by end of October with recommendations presented to government by end of 2019.

Until the outbreak of Ebola in May 2014, Sierra Leone was seeking to attain middle-income status by 2035, but the country still carries its post-conflict attributes of high youth unemployment, corruption and weak governance. The country continues to face the daunting challenge of enhancing transparency in managing its natural resources and creating fiscal space for development. Problems of poor infrastructure and widespread rural and urban impoverishment persist despite remarkable strides and reforms.

What are the current and ongoing human rights issues in Sierra Leone?