ECCAS aims at promoting and strengthening a harmonious cooperation in order to realize a balanced and self-sustained economic development, particularly in the fields of industry, transport and communications, energy, agriculture, natural resources, trade, customs, monetary and financial matters, human resources, tourism, education, culture, science and technology and the movement of persons with a view to achieving collective self-reliance, raising the standards of living, maintaining economic stability and fostering peaceful relations between the member States and contributing to the development of the African continent.

The objectives of ECCAS for the purpose of achieving these aims are :
a) The elimination of customs duties and any other charges having an equivalent effect on imports and exports between member States;
b) The abolition of quantitative restrictions and other trade barriers;
c) The establishment and maintenance of an external common customs tariff;
d) The establishment of a trade policy vis-à-vis third States;
e) The progressive removal of barriers to the free movement of persons, goods, services and capital and to the right of establishment;
f) The harmonization of national policies in order to promote Community activities, particularly in industry, transport and communications, energy, agriculture, natural resources, trade, currency and finance, human resources, tourism, education, culture, science and technology;
g) The establishment of a Cooperation and Development Fund;
h) The rapid development of States which are landlocked, semi-landlocked, island or part-island and/or belong to the category of the least advanced countries;
i) Any other joint activities which can be undertaken by member States for achieving Community aims.

The organizational structure of ECCAS consists of the following institutions:
• The Conference of Heads of State and Government, which is the supreme body of ECCAS;
• The Council of Ministers;
• The Court of Justice;
• The General Secretariat which is the executive organ of the Community;
• The Advisory Commission;
• Specialized Technical Committees. 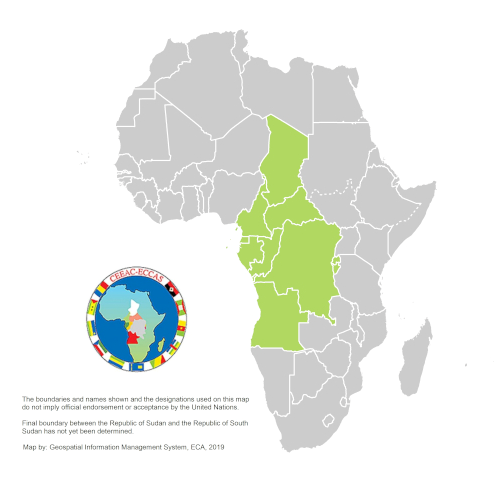