Tunisia remains a country of contrasts: while important progress has been made on political transition toward an open, democratic system of governance—uniquely in the Middle East & North Africa (MENA) region—economic transition has not kept pace. Internal constraints, such as the fragmentation of the political party system and related difficulties in reaching consensus on key economic reforms, have combined with external constraints, such as conflict in neighboring Libya, to slow down economic recovery and generate growing social dissatisfaction among Tunisians with the lack of employment. Youth and women have been particularly affected by this: Tunisia is one of the few countries in the world where a higher level of education decreases employability, in particular for women. Youth and women in inland areas of Tunisia are affected the most, and the resulting outward migration of youth poses a threat to Tunisia’s long-term prospects of economic competitiveness.

Tunisia experienced weak growth of just 1.1 percent during the first half of 2019, after 2.5 percent in 2018 and 2 percent growth in 2017. This was driven by a slowdown in agriculture after growth of 9.5 percent in 2018, as well as a contraction in industry (such as oil and gas, and agrobusiness) was only partially compensated by growth in services. Inflation accelerated from 2017 to 7.8 percent in July 2018. In response, Tunisia’s Central Bank increased its policy rate to 7.75 percent and the authorities moved to enforce tighter loan-to-deposit ratios among banks and reduce injections of liquidity through Foreign Exchange (FX ) swaps. Consequently, inflation has been decelerating since the second half of 2018 to stand at 6.7 percent in August 2019. Interest rates are now all positive in real terms, except for some deposit rates. Inflation is expected to continue declining, provided monetary policy remains focused on its central goals. Growth is projected to drop below 2 percent in 2019 before starting to recover, contingent on the completion of pressing reforms to improve the investment climate and ensure greater security and social stability. Growth will be supported by expansion in agriculture, manufacturing, and tourism, and the coming online of the Nawara gas field.

The fiscal deficit widened to Tunisian Dinar (TND) 2.4 billion during the first half of 2019 (an estimated 2.1 percent of GDP) from TND 1.8 billion during the same period of 2018. Revenues increased by 18.1 percent, driven by growth in VAT revenues and customs duties. Despite the relative stagnation of capital expenditure, subsidies, and transfers compared to the first half of 2018, wages and interest payments grew by 11.1 percent and 18.5 percent respectively, while net lending almost tripled, thereby resulting in expenditure and net lending growth of 18.2 percent year-on-year.

The trade deficit reached an estimated 11.3 percent of GDP (TND 12.86 billion) during the first eight months of 2019 compared to an estimated 11.5 percent of GDP (TND 12.16 billion) during the same period last year, as exports grew by 12 percent (led by phosphate, energy, and electrical products) and imports grew by 10 percent year-on-year. This will help slightly narrow the current account deficit, also thanks to surplus in improved services (tourism) and transfers (remittances). FDI remains muted and financing has mostly been received through concessional loans from multilateral and bilateral partners. Lower Central Bank FX interventions and improved FX market functioning (with the introduction of an FX auction in mid-2018) have contributed toward protecting foreign reserves, which cover just slightly over three months of imports. The dinar has appreciated by 8.5 percent against the Euro since the beginning of 2019, reversing a multi-year trend of currency depreciation.

Tunisia’s current account deficit will remain in the double digits over the forecast period but will start to improve as of 2021 as growth picks up and energy import costs decline with the increase in local gas production.

The latest survey data available show that the share of those living at the lower-middle-income poverty line of US$3.2/day fell from 9.09 percent in 2010 to 3.21 percent in 2015. 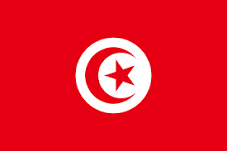 What are the current and ongoing human rights issues in Tunisia?