What Are We Talking About? 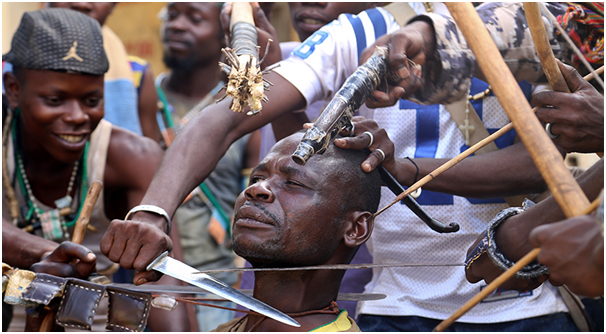 Four elements distinguish war crimes from crimes against humanity. War crimes may only be committed during an armed conflict, whereas crimes against humanity can be committed both in times of war and of peace. Furthermore, a crime against humanity may be committed against nationals of any state, including that state’s own nationals, if the state takes part in the attack. Whereas crimes against humanity may only be committed against civilians, most war crimes may be committed against both civilians and enemy combatants. A crime against humanity must be committed as part of a widespread or systematic attack upon a civilian population; there is no such requirement for a war crime. An isolated act could qualify as a war crime, but not as a crime against humanity. Nearly all of the underlying offences which could qualify as crimes against humanity would also amount, all other conditions being met, to war crimes, but the converse is not necessarily true
According to the International Criminal Court, “War crimes include grave breaches of the Geneva Conventions and other serious violations of the laws and customs applicable in international armed conflict and in conflicts “not of an international character” listed in the Rome Statute, when they are committed as part of a plan or policy or on a large scale. These prohibited acts include:
• murder;
• mutilation, cruel treatment and torture;
• taking of hostages;
• intentionally directing attacks against the civilian population;
• intentionally directing attacks against buildings dedicated to religion, education, art, science or charitable purposes, historical monuments or hospitals;
• pillaging;
• rape, sexual slavery, forced pregnancy or any other form of sexual violence;
• conscripting or enlisting children under the age of 15 years into armed forces or groups or using them to participate actively in hostilities.”
AU Watch brings civil and criminal cases against individual human rights abusers in Africa for serious violations of human rights. We shed light on war crimes committed during brutal conflicts in countries like Somalia, CAR, DRC Algeria and the Sahel Region. We litigate. In addition to our litigation, our transitional justice projects help uncover evidence of war crimes. These projects help countries address the war crimes of the past, and pave the way for justice.