We are, individually or with collectively with others, act to promote or protect human rights through peaceful means. Many times, because of our commitment to human rights and fundamental freedoms, we are the target of repression by states or by private or parastatal groups. This repression takes the form of restrictive laws and practices regarding freedom of association or movement, expression and peaceful assembly, smear campaigns, abuse, death threats, torture, (judicial) harassment, intimidation, surveillance, censorship, arbitrary arrest and detention, enforced disappearances, ill-treatment in detention, stigmatization – just for standing up for what is right.Some are even murdered in the course of their work.In many African countries conflicts and fear are increasingly used to spread violence to divide and silence civil society. Many countries around the world, unfortunately, are turning their backs on solidarity and justice, and human rights defenders (HRD), are increasingly feeling lonely.

“Everyone has the right, individually and in association with others, to promote and to strive for the protection and realisation of human rights and fundamental freedoms at the national and international levels.”

We are a unit within the Judicial and Human Rights Centre of AU Watch. We promote protect, empower and support human rights defenders and their organisations in Africa.  We provide a platform for HRDs voices to be heard, facilitating HRDs efforts to strategize and create new actions. We promote HRDs’ call to the international community and its wide range of stakeholders to significantly increase its commitments to protect and promote HRDs’ work around the world, and especially in Africa.

Focusing on some of the most marginalised or at-risk defenders, our work to support HRDs builds their capacity and expertise, strengthens their recognition and protection under regional and international law, and seek to protect them from threats, risks and reprisals.

HRDs defend political, civil, economic, social or cultural human rights. They may be women’s groups supporting survivors of domestic and sexual abuse, GBV, or indigenous communities struggling for recognition of their land rights. Many times, they are lawyers, defending victims of state violence.

We envision a world in which people address conflicts non-violently, where human rights are universally upheld and social justice and intercultural respect have become a reality. 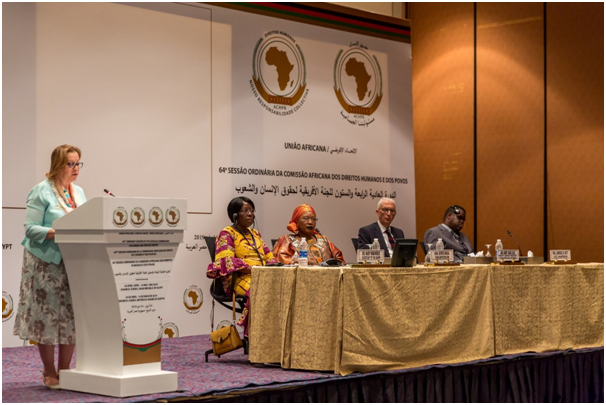 We work to improve defenders’ access to freedom and justice through increased respect for their civil and political rights. Through our research, policy development, advocacy and technical support we help create and protect the space for human rights defenders, ensuring their voices are heard.

We are non-violent. We reject all forms of violence. We respect everyone’s basic human rights, democratic values and freedoms. We support processes that builds a peaceful society by encouraging cooperation between groups working in democratic ways and striving to find political solutions to conflicts by nonviolent means.