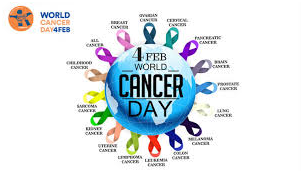 Tuesday 4 February – Today’s World Cancer Day, led by the Union for International Cancer Control (UICC), aims to mobilise urgent action from individuals, governments, and the global cancer community to close the clear and unacceptable gaps in cancer risk awareness between higher and lower socioeconomic groups and the subsequent impact on their health-promoting behaviours.

To mark the 20th anniversary of World Cancer Day, UICC commissioned a global survey to form an up-to-date picture of the public’s experiences, views, and behaviours around cancer. Conducted by Ipsos, the survey includes more than 15,000 adults across 20 countries in the first multi-country public survey on cancer perceptions in a decade. The survey’s results, detailed in UICC’s report released today, International Public Opinion Survey on Cancer 2020: What people feel, think and believe about cancer today, indicate a clear divide between higher and lower socioeconomic groups when it comes to knowledge and awareness of cancer risks and, as a result, the practice of behaviours to limit,