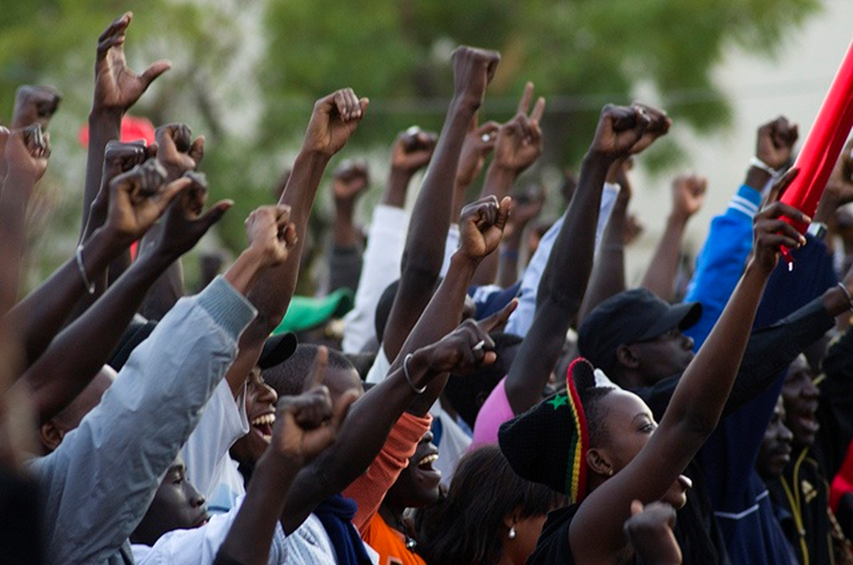 Almost 60% of Africa’s population in 2019 is under the age of 25, making Africa the world’s youngest continent. According to the UN’s demographic projections, the median age in Africa is 19.8 in 2020. On the continent, Mauritius has the highest median age, 37.4, and Niger has the lowest, 15.1. In 2020, more than 1/3 of the population is aged between 15-34. By 2100, Africa’s youth population could be equivalent to twice Europe’s entire population.

The AU’s African Youth Charter says that Africa’s youth is its biggest resource and Africa’s growing youth population offers enormous potential. But is it?  Are we not confusing a growing population (that generally results in a larger economy) with per capita income growth? Is it the sheer population numbers that will change income growth rather, than the ratio of the working-age population to that of dependants – children up to age 15 and the elderly, aged over 64?

Is the annual addition of millions of youth, which means that governments have to spend much more on education, health and infrastructure just to cope with the larger numbers, but yet they are unable to improve the quality of services for those already in the system?

There is still some way to go to harness the potential of Africa’s youth. Almost 16 million young Africans, around 13.4% of the total labour force of 15-24-year olds, are facing unemployment. The 2019 Ibrahim Forum Report shows that for non-working youth, unemployment is the consequence of a lack of jobs.

According to the 2018 Ibrahim Index of African Governance  1/2 of the continent (27 countries) registered a deterioration in the Education sub-category between 2013 and 2017, meaning that for over 1/2 of Africa’s citizens education outcomes have been worsening. Young Africans, especially in sub-Saharan African countries, have limited access to programmes that prepare them for the school to work transition. Only 1.1% of 15-24-year olds in sub-Saharan Africa participated in a vocational education programme in 2017.

An AU Watch survey finds that about 80% of Africans, and especially youth, think that their governments are doing a very bad job at addressing the needs of young people. This highlights the need for a reflection on the status and relationship between youth and politics. In addition, the survey also noted that Africa was on the verge of losing its youth, to political apathy, but also migration or extremist groups continent.

Youth engagement in public life is an important element of sustainable democracies. For AU Watch, youth engagement is one of the cross-cutting themes mainstreamed into all activities undertaken by AU Watch. 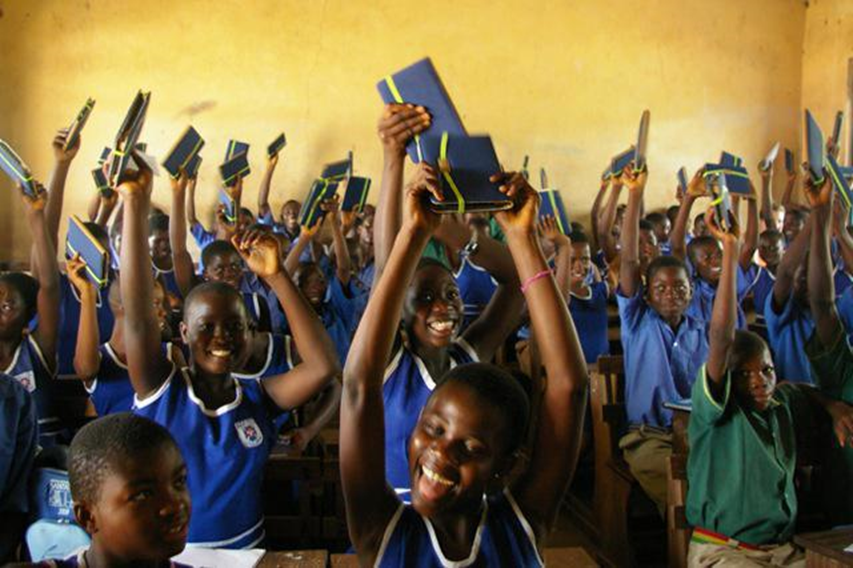 The UN Multidimensional Integrated Stabilization Mission in Mali (MINUSMA) supportd youth in Gao in launching a communal theatre project to promote peace and reconciliation. Members of the audience at a performance put on by the youth theatre project. UN Photo/Marco Dormino

This global trend has particular pertinence to Africa, because Africa has the largest concentration of young people in the world. According to the United Nations, 226 million youth aged 15-24 lived in Africa in 2015 representing nearly 20% of Africa’s population, making up one fifth of the world’s youth population. If one includes all people aged below 35, this number increases to a staggering three quarters of Africa’s population. Moreover, the share of Africa’s youth in the world is forecasted to increase to 42% by 2030 and is expected to continue to grow throughout the remainder of the 21st century, more than doubling from current levels by 2055. 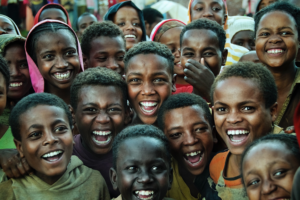 The continent’s youthful population presents a powerful opportunity for accelerated economic growth and innovation while other world regions face an aging population with subsequent issues such as high health costs for elderly care and high demand for skilled and qualified labour. Yet this demographic also presents economic and social challenges, as well as implications for peace and security.  .

The demographic dividend describes the process by which countries benefit from acceleration in economic growth as a result of a higher proportion of economically active people compared to dependents.

“As a country’s total fertility rate (TFR, the average number of children per woman) drops, the proportion of the population under age 15 begins to decrease relative to the adult working-age population (generally ages 15-64 — the child dependency ratio).”

This means that smaller families become the norm which frees up income for families to invest in health, education, and well-being of each family member. On a larger scale it means a country has a window of opportunity (for as long as the child dependency ratio continues to decrease) for rapid economic growth if the right social and economic policies are developed and investments made. Once people ages 65 and older begin to represent an increasingly larger proportion of the population then this signals the end of the first demographic dividend.

While Africa’s demographic structure presents great opportunities for a demographic dividend, it presents risks as well. Unemployment or underemployment, and lack of social security, educational opportunities and inclusive governance can drive youth to informal or even criminal activities, making them susceptible to recruitment efforts of terrorist organisations, or lead youth to attempt illegal migration. Policy makers warn that a youth population without opportunity can lead to political instability or even conflict. Large urban centres, the destination for many youth looking for opportunities, face increasing difficulties in managing mega slums that continue to grow. In other words,

“unless political leadership offers young people something to live for, social stresses such as unemployment can make them an easy prey to those who offer them something to die for.”

— Andrews Atta-Asamoah, Senior Researcher for the Institute of Security Studies in South Africa, “Head to head: Is Africa’s young population a risk or an asset? BBC World, 29 January 2014

Whether Africa’s youth bulge will be a boon or a ticking demographic time bomb will depend on the extent to which African Governments implement sound policies and invest in human capital sectors such as tertiary education, vocational training, skills development, agriculture and food security, health, labour intensive job creation and encouraging entrepreneurship, as well as peace and security. Effective policies and measures are critical to harness the benefits of the potential demographic dividend. In addition, African Governments need support from a wide range of international partners and stakeholders as the Sustainable Development Goals will not be achieved without the active engagement and contribution of Africa’s youth to identify their priorities, partner with development actors to foster robust implementation of the various development priorities.

In this light, the first steps towards implementation progress has been registered at both regional and global levels, with the formulation of two ambitious, holistic Agendas: Agenda 2030 for Sustainable Development and the African Union Agenda 2063 with its corresponding First Ten-Year Implementation Plan. Both agendas bring youth issues into sharp focus. In particular, Aspiration 6 of Agenda 2063 states that Africa wants:

“An Africa, whose development is people-driven, relying on the potential of African people, especially its women and youth.”

Furthermore, the theme of the 28th African Union Summit in January 2017 calls for “Harnessing Demographic Dividend through Investments in the Youth”. All major development activities across the continent will focus on harnessing youth potential to drive forward Africa’s transformative agenda. This is coupled with the declaration of the decade 2010-2019 as the Africa Youth Decade to accelerate youth empowerment and development.

, a political and legal document to support policies, programmes and actions for youth development in Africa. The AYC, which serves as the strategic framework for youth empowerment and development at the continental, regional and national levels, addresses key issues affecting youth, including: 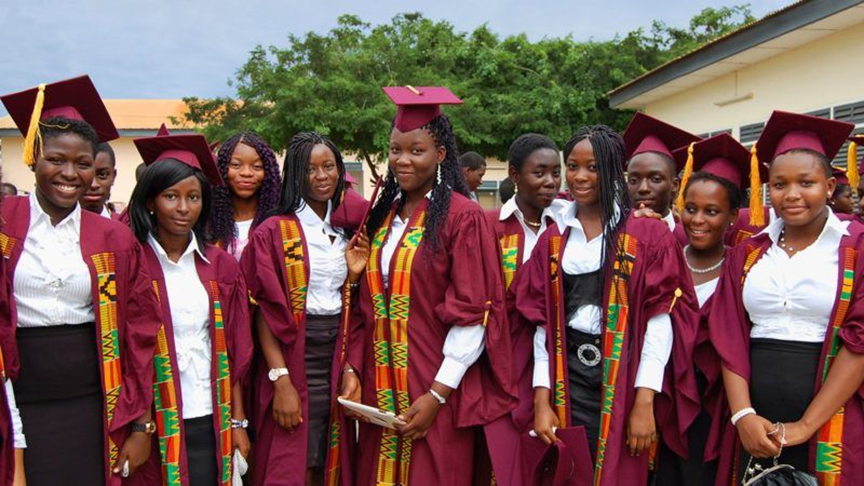 Decade on Youth Development in Africa

In addition, in 2009 African Union Heads of State and Government declared the years 2009 to 2018 as the Decade on Youth Development in Africa to accelerate youth empowerment for sustainable development

on the continent. As part of the decade, a Plan of Action was adopted to provide a framework for multi-sectoral and multi-dimensional engagement of all stakeholders towards the achievement of the goals and the objectives of the African Youth Charter.

A key Aspiration of Agenda 2063

Agenda 2063, the continent’s ambitious 50-year framework for development, peace and security emphasises the importance of youth for the realization of its aims.

Aspiration 6 of the Agenda calls for an

“Africa where development is people-driven, unleashing the potential of its women and youth”,

with strong emphasis on putting children first and engaging and empowering youth.

Implementation of the Women, Peace, and Security Agenda in Africa (African Union Commission, 2016)