In April, 1980 the Southern Africa Coordination Conference (SADCC) was created to advance the cause of national political and economic liberation in Southern Africa. In July 1981, a Memorandum of Understanding came into force which formalized the establishment and operations of the organization. Its main objectives were to reduce the dependence of member States on the then apartheid South Africa, mobilize resources to promote national and regional policies as well as to facilitate cooperation and understanding amongst the member States.
In 1992, the Heads of State and Government decided to deepen the integration and cooperation processes in SADCC in the form of a Community. This culminated into the signing of the SADC Treaty that effectively transformed SADCC into SADC. The Heads of State and Government also signed a Declaration “Towards a Southern African Development Community” which clearly spelt out the SADC Common Agenda. The objectives of SADC, as stated in the SADC Treaty[1] are to:
• Achieve development and economic growth, alleviate poverty, enhance the standard and quality of life of the people of Southern Africa and support the socially disadvantaged through Regional Integration;
• Evolve common political values, systems and institutions;
• Promote and defend peace and security;
• Promote self-sustaining development on the basis of collective self-reliance, and the inter-dependence of member States;
• Achieve complementarity between national and regional strategies and programs;
• Promote and maximize productive employment and utilization of resources of the region;
• Achieve sustainable utilization of natural resources and effective protection of the environment; and
• Strengthen and consolidate the long-standing historical, social and cultural affinities and links among the people of the Region.
The principal structures and institutions of SADC are:
• The Summit of Heads of State and Government,
• The Troika system from Summit,
• The Council of Ministers,
• Organ on Politics, Defence and Security Cooperation,
• Sectoral/Cluster Ministerial Committees
• The Standing Committee of Officials
• The SADC Tribunal
• The SADC Secretariat
• The SADC National Committees.
The executive arm of the SADC organisational structure consists of eight Directorates, namely:
• Directorate of Policy, Planning and Resource Mobilisation;
• Directorate of the Organ on Politics, Defence and Security Cooperation;
• Directorate of Trade, Industry, Finance and Investment;
• Directorate of Infrastructure and Services;
• Directorate of Food, Agriculture and Natural Resources;
• Directorate of Social and Human Development and Special Programmes;
• Directorate of Budget and Finance; and
• Directorate of Human Resources and Administration. 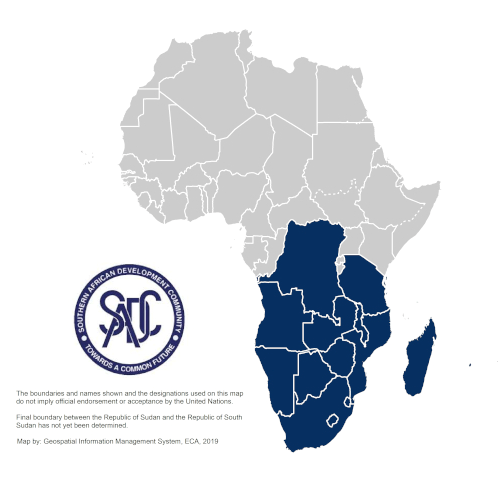