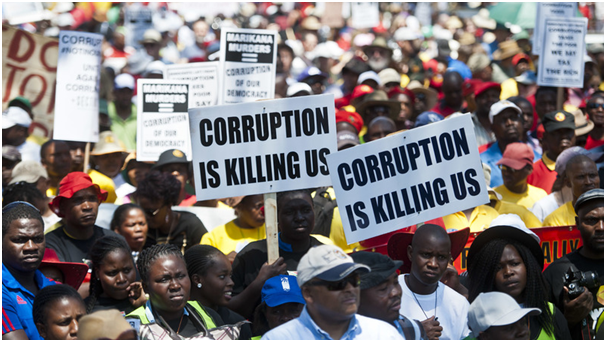 Corruption in Africa has many forms, but always involves the abuse of entrusted power for private gain. It is a canker worm, a cancer that eats into the fabric of society. Stolen loot just doesn’t disappear into nowhere. Corrupt leaders, dictators, gangs, warlords and other criminals need ways to hide their identity and move stolen booty around the world. Then they probably need a nice, warm and safe place to spend their dirty cash at your expense. Well … don’t you think it’s time we say ‘Enough Is Enough?’ It’s about time we take back our Africa from these thieves who’ve ransacked and pillaged Africa and kept us in penury and at war with each other. Many of them can’t even govern well – they are too busy thinking and plotting how to plunder and rob from our children. Let us use our collective righteous indignation to keep the fire burning under their feet – raging hot if we can stoke the firewood of discontent. If they have the brazen neck to steal food from our children’s plates or ‘divert’ resources meant for their school fees then they should have no peace! Together we can hunt them down, even beyond this earthly world!

Let us be practical. Did you know that over 30,000,000 children of primary age school do not attend school in Sub-Saharan Africa? That is more than the combined population of Senegal, The Gambia, Sierra Leone, Liberia, and Cape Verde. Three fourths of those who do go to school are being taught by unqualified teachers. AU Watch’s own figures reveal that 83 percent of the schools in West Africa are poorly equipped with sub-standard buildings or outright dangerous and 98 percent have little or no recreational facilities for children. As if matters could not get any worse, AU Watch research shows that in many schools in West Africa, it is not uncommon for children to be taught under the shade of a mango or baobab tree. Please do not confuse this humiliating experience with some exotic natural learning experience. There are simply no buildings; and when it rains everyone goes home. In those schools children actually bring their own desks and tables to schools. Is it any surprise to learn that figures released by UNESCO Institute for Statistics (UIS) and the Education for All Global Education Monitoring Report (EFA GMR), show that globally Sub-Sahara Africa account for more than half of the out-of-school children, with adolescents (12-15 years) twice as likely to be out of school? Do we really have to look for conspiracy theories of slavery, colonialism and neo-colonialism to understand why we are lagging so far behind other regions? For good measure add state kleptocracy, mismanagement and other forms of corruption and picture of hopelessness becomes a bit clearer.

At AU Watch we recognize that corruption in Africa is an exceptionally complex menace, especially given the fact that it arises from deep structural factors which will take great energy and courage to change. The AU and AU Member States have declared the fight against corruption a high priority. Questions: Are our state managers really serious about eradicating corruption? Are they really serious about vision 2063 – a prosperous Africa, where corruption will be spoken of as a relic? The truth is corruption remains widespread in the region and mainly responsible for the sorry state we are in. There are too many instances of political and bureaucratic corruption, public funds embezzlement, fraudulent procurement practices, and judicial corruption. The AU and its Member States have put in place well-developed legal and institutional frameworks, including the AU Advisory Board on Corruption. Some AU Member States have enacted the ‘Right to Information Act’, which grants their citizens access to government information and a mechanism to control public spending. In spite of some progress, however, law enforcement in Member States remains weak and reforms have a long way to go. At AU Watch we are of the view that the AU and its Member State will have to address the underlying issues, as well as the symptomatic cases, which are only occasionally brought to court. Heroes such as Nuhu Ribadu and John Githongo have shown the way forward, but have also demonstrated the depth of resistance to rolling it back – both were forced into exile

FOCUS OF THE CENTRE

Corruption and the AU Board of Corruption 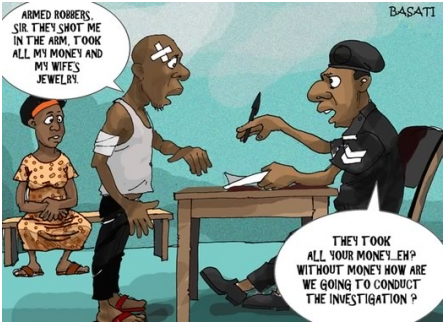 AU Watch’s anti-corruption Centreis part of the Policy, Programs and Administrative Directorate that provides technical, operational and logistical support for the entire organization.

We work in partnership with the African media and CSOs, national institutions, regional and international organizations and with concerned individuals from around the world to expose corruption in Africa. We work with various African governments and institutions to address corruption in all its forms, and to end safe havens for corrupt funds from Africa. Working in collaboration with AU Watch’s legal and human rights units the Centre facilitates the expeditious return of stolen assets back to the African peoples.

AU Watch is one of the leading CSOs in Africa that is taking a radical approach to eradicate corruption. For example, we have initiated the Regional Corruption Barometer – the only regional public opinion survey on views and experiences of corruption in Africa. We are also developing anti-corruption curricula for primary and secondary schools and collaborating with various ministries of education in Africa for the teaching of AU Watch’s anti-Corruptioncourses to be taught in schools and colleges.

Much of Africa’s poverty, underdevelopment, environmental and human rights abuses are driven by the exploitation of the nation state, natural resources and corruption in the region’s political and economic system.  AU Watch is campaigning to end this. We carry out hard-hitting investigations, expose these abuses, and campaign for change. Our goals are to assist the AU and AUMS stop corruption and promote transparency, accountability and integrity at all levels and across all sectors of society in the region.

If the 2063 vision as outlined by Dr Nkosazana Dlamini Zuma, is to be realized then we have no choice but to go after the system and individuals who systematically destroy the lives of our youths. Our anti-corruption work is,therefore, groundbreaking in what we do. Working with other CSOs around the region and around the world, we are developing innovative and creative approaches in assisting the AU and AUMS tackle corruption in Africa.

There are a number of ways in which we do this.

AU Watch is seeking partnership arrangements with regional research institutions to develop a corruption costs index to accurately measure the real cost of corruption to societies and economies around Africa. Please write to us if you are interested

OBJECTIVES OF THE UNIT ARE TO

Learn About Our Anti-Corruption Institute 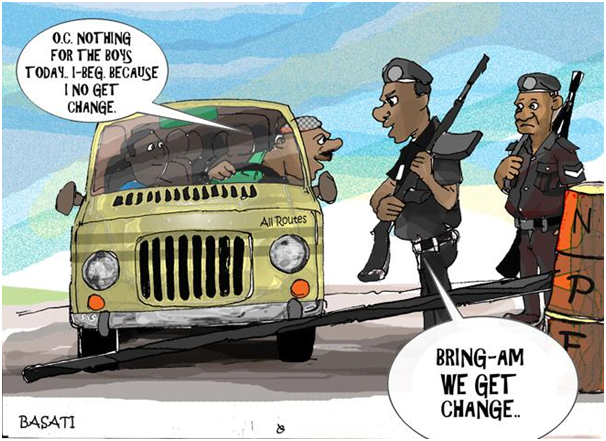 (a) We dream of an Africa where corruption and poverty are rejected and good governance, democracyand human rights are placed at the heart of AU’s internal and external policy agenda, which should be a people’s centred AU. This vision should manifest itself in an AU where our leaders honestly and truly uphold the letter and spirit of the Constitutive Act. We believe that this is an ethical, legal, and political imperative and the cornerstone of lasting peace, security and prosperity.

(b) We dream of an Africa were corruption is challenged and accountability prevails; an Africa where governments act in the public interest of the people and were African institutions and governments, politics, business, civil society and the daily lives of people are free of corruption.

(a) To be recognized as the leading African authority on corruption, financial crimes and illegal money by policymakers, academics, the media and the general African population.

(b) Driven by the senseless poverty, underdevelopment, inequality and insecurity in Africa, which are a direct result of corruption and poor governance, we are dedicated to face headlong, and address the issues of corruption in Africa, in all its forms and guises, by engaging in cutting edge research that produces reliable data on the enormity of this cankerworm.

(c) In collaboration with other partners and the African population, we are determined to use all legal and ethical means available to us, to expose corruption, and to assist our African governments and organisations to find a lasting antidote for this very curable menace.

MATERIALS THE UNIT WILL BE PUBLISHING

⦁ Code of Conduct on Procurement

“Leaders in Africa are so corrupt that we are certain if we put dogs in uniforms and put guns on their shoulders, we’d be hard put to distinguish them. “

“The tragedy of Africa is that Africans are in the business of canonizing thieves and demonizing its saints.”

“When plunder becomes a way of life for a group of men in a society, over the course of time they create for themselves a legal system that authorizes it and a moral code that glorifies it.”

HELP US STAY IN TOUCH AND SPREAD THE WORD

We call on you to join hands with Africa and help end crushing poverty, inequality, injustice, insecurity, poor governance and human rights violations. With your assistance we will be able to expose the shadowy systems that give oxygen to corruption, endemic poverty and conflict. Join AU Watch in the struggle to help lift the resource curse that condemns millions of Africans to lives of poverty and violence.

DOWNLOAD ON YOUR PHONE AND TABLET YOUR AU WATCH NEWS APP