“Our children may learn about the heroes of the past. Our task is to make ourselves the architects of the future.”

A Brief History of AU Watch 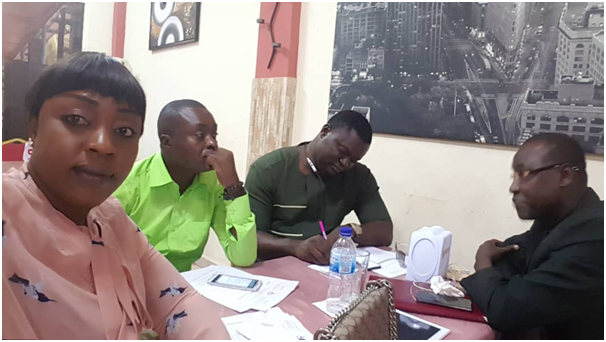 History gives you a look at where you have been, but it also paves the path to where you are going. Our history began in 2005/6, when Drs Feyi Ogunade and Chafi Bakari, joined the African Union as Senior Legal Advisors. Responding with compassion and care, we realized there was a lot to do for the people of Africa. It was a challenge we gladly accepted. At AU Watch, our mission, broadly conceived, is to serve the African people. We monitor the activities of the AU and AU Member States and hold them to account using the standard of the Constitutive Act and the legal instruments of its various institutions. We act as instruments of empowerment and are a voice for the voiceless. We are inspired and encouraged by you. You — as a volunteer, supporter, partner, staff, donor, or program participant — are the reason why AU Watch was set up, as the first private organization devoted to analysing public policy issues at the AU.

Feyi and Chafi worked at the African Commission on Human and Peoples’ Rights (the Commission) for nearly a decade. They came to the conclusion that the AU is a good organisation and could be a force for good for Africa. But like millions of Africans they were equally frustrated that the AU has not made enough efforts to articulate itself despite some of the very good work it has been doing and continues to do. It became quite obvious to them that millions of Africans in the continent and in the Diaspora, and probably billions more people around the world had little or no idea of what the AU is, let alone understand what it is doing.

The Role of the Commission 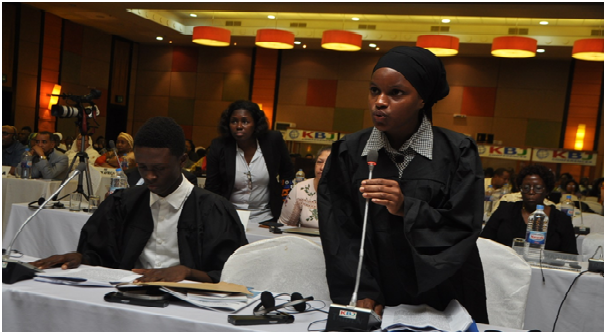 As senior officers in charge of promoting the Commission their exasperation grew when it became clear that some senior officials within the institution, as incredulous as it may sound, did not consider it important to explain to the general African population what the organization was doing. For example, even though the Commission had been in Banjul for over twenty years, apart from a few people in the Ministries Foreign Affairs and Justice, who had to ensure that the rent is paid for the building that housed the Commission, it was virtually unknown, even by Members of the Government or lawyers in The Gambia. It was even worse outside The Gambia. That is true for all of the organs of the AU. In a discussion on knowledge about the AU, its institutions and programs, people always some hazy idea about what a particular institution of the AU is supposed to be doing, and beyond scratching their head to remember more, whilst wearing a wry smile, will most likely have no idea what that body is doing.

A scientific poll conducted by AU Watch in ten African countries and in two European countries revealed the shocking extent of the ignorance about the AU, its institutions and its programs. Even for those with some knowledge about the AU, including very highly educated people, the level of distrust and cynicism about the AU is lamentable. For example, the survey revealed that nearly ninety-one per cent of the people polled thought the AU is not a useful organization, and is nothing more than a bureaucratic talking shop for some of Africa’s dictators. Many called it “spineless”. Asked whether they trust the AU or if it is fit for purpose, eighty per cent of those polled want to see it abolished, as it had no meaningful effect in their lives. Ninety-seven per cent had no idea what the various bodies or programs of the AU are doing. Seventy-four per cent did not even know where the headquarters of the AU is located.

What was surprising for the two researchers was the level of mistrust and lack of belief about the work program of the AU even amongst AU staff. Of the AU staff polled, sixty-nine per cent believed it could be a force for good, eighty-seven per cent, however, did not believe that the organization in its present form and with the current leaders in place, can resolve Africa’s problems. Cynicism about the AU could not be more evident, as was demonstrated by the question if they thought the AU could oversee the unification of Africa. A hundred per cent of the recipient replied that it will not happen even in their grandchildren’s life-time. Interestingly, ninety-eight per cent of those polled knew quite a lot about the EU. Ninety-five per cent of the Europeans polled have never heard of the AU, and of those who knew about the AU, ninety-eight per cent thought it was not fit for purpose.

Not Fit for Purpose? 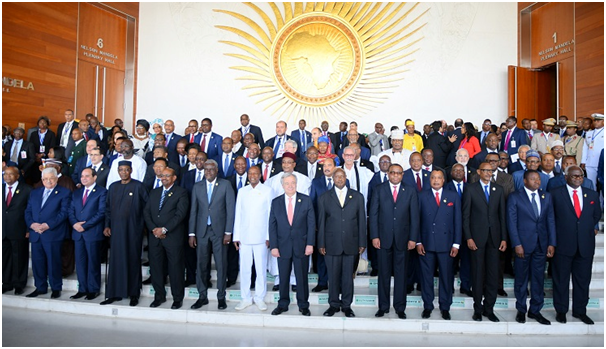 So, why do so many Africans have such a very negative image of their own continental organization? Why are so many people disillusioned about the AU? It can hardly be argued, even by the most ardent of AU bureaucrat that there is a perception that the AU lacks clarity, and transparency. Clearly, the AU has enormous problems. But the twin challenges of reconstructing its image and gaining the confidence of the people of Africa for whom it is supposed to be working are, in the view of AU Watch, the most urgent that needs to be addressed. Our view is that the AU has been unable to articulate itself properly. One of the long-term objectives of AU Watch is to contribute to a more transparent AU, and help the world understand what the AU is, what its institutions and programs are doing by providing timely and critical information and analysis on the AU, its decisions and activities. We want to start a dialogue amongst ordinary Africans and with civil society organizations, on the AU, and also within the institutions and structures of the AU.

AU Watch recognizes and accepts that the AU is an organization that Africa and the world needs and is here to stay. It further recognizes and is convinced that the AU is the best political forum Africans have for multilateral dialogue and concerted action. We Africans should not only treasure it, but wherever we are, should assist it in ensuring that it fulfils its mandate for the greater good of the continent and the entire world.

On 8 March 2015, AU Watch started operating in Banjul, The Gambia. The organisation was fully registered on 11 July 2018 as a non-profit corporation under the laws of The Gambia. The articles of incorporation set forth AU Watch’s purpose in language that was both remarkably brief and breathtakingly broad.

A Commitment to An Effective AU and AUMS System 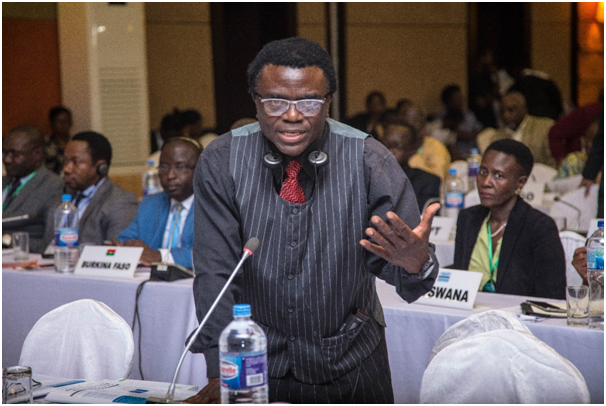 After “recalling the heroic struggles waged by our peoples and our countries for political independence, human dignity and economic emancipation”, AU Watch is of the view that the matters falling under the purview of the AU are too important to be left only to politicians and AU technocrats to deliberate and decide upon. We share the sentiment that the price to be paid for indifference to public affairs is bad governance and poor leaders. That price is too high to contemplate indifference. Of crucial importance in the establishment of the organs of the Union was the challenge to move away from the overly state-centric character of the O/AU, and its concomitant lack of civil participation. When the Union was being designed, the cooperation of African NGOs, civil societies, labour unions, business organisations were thought to be essential for the process of cooperation and implementation of the Abuja Treaty, as was expressed in the Ouagadougou Declaration and provided for in the Sirte Declaration.

In recognition of the contribution that individuals and civil society can have on the AU itself, the Constitutive Act of the Union seeks to create “a people-oriented community” in the Union based on a partnership between governments and all segments of society. To ensure the realization of that objective, it established the Citizens and Diaspora Organizations Directorate (CIDO) for mainstreaming the participation of non-state actors in civil society affairs of the Union. With a broad mandate to mobilize the energy and contribution of all of Africa, and harness their collective efforts in promoting the development and integration agenda of Africa and its people, AU Watch believes all of Africa and its friends should assist CIDO and indeed the AU, to create that dynamic people-centred community within the Union. In that regard we provide insight, generates ideas, and promote collaboration to address present challenges and create a shared future.

How AU Watch Makes the Difference 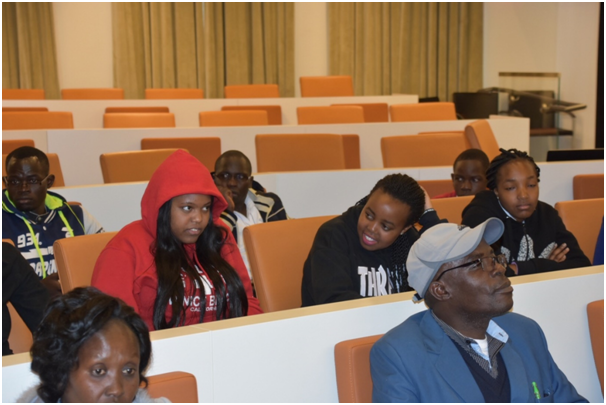 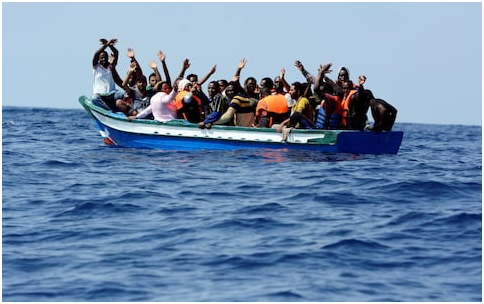 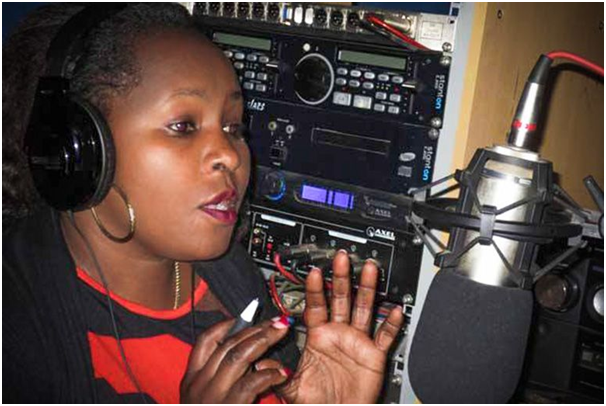 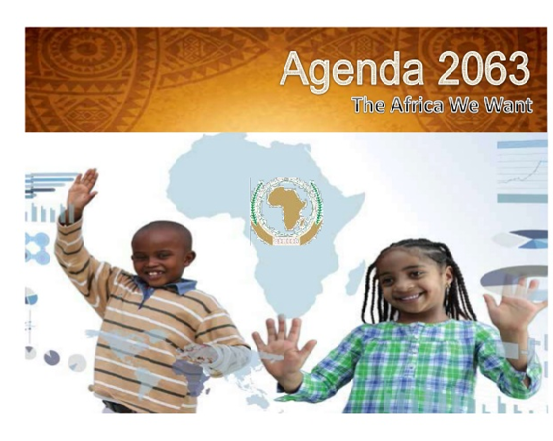